NEW LAWS TAKE EFFECT: Among the new laws that went into effect on Jan. 1, 2020 are one to ban insurers from penalizing organ donors and one to boost the minimum wage, Hallie Miller of the Sun writes.

RECORD 348 HOMICIDES IN BALTIMORE: The city ended 2019 with 348 homicides on record, according to data compiled by The Baltimore Sun, Tim Prudente reports. The year had already set a grim record of 57 killings per 100,000 people, the city’s worst homicide rate on record. The city’s total homicide count is second only to 1993, when the city suffered 353 killings and had nearly 125,000 more people. December 2019 ended with 35 homicides. And the clearance rate for police solving the murders is just 31%.

REVEALING PRISONER PAY: Thousands of prisoners in Maryland work inside their institutions, washing clothes, cutting hair and preparing meals. Others make products used on the outside daily, from license plates and state letterhead to dorm furniture and flags, Alison Knezevich of the Sun reports. Now some Maryland lawmakers say they want to shine more light on prison labor. The pay scales affecting thousands of state inmates were recently published in annual state reports, the result of a new law that required the wages to be disclosed yearly.

HOGAN TO TRUMP: MD TO KEEP ACCEPTING REFUGEES: Gov. Larry Hogan’s office released a letter Wednesday indicating that Maryland will continue to accept refugees in response to a new executive order from President Trump, Olivia Sanchez and Rick Hutzell of the Annapolis Capital report. In the letter dated Monday and addressed to Secretary of State Mike Pompeo, the governor wrote that he appreciated the flexibility given to Maryland and other jurisdictions to decline, but that he would continue to accept properly vetted refugees.

MEGA-CHURCH BROUHAHA SPARKS LEGISLATION: A controversy sparked by a Harford County mega-church’s plan, which caused a rare public disagreement between Baltimore and Harford counties, is leading to legislation in the General Assembly. It would require the Maryland Department of the Environment to contact localities that would be directly affected by proposed wastewater discharge permits. When Mountain Christian Church, wanted a permit for a wastewater treatment plant, it caused an uproar in the nearby Kingsville area of Baltimore County. Some residents say they hadn’t known early on about the project because MDE had not notified Baltimore County, even though the discharge would flow into the county via the Little Gunpowder Falls, John Lee of WYPR-FM reports.

DATA: STREAM CLEANUPS NOT SO HELPFUL TO BAY: To clean up the Chesapeake Bay, Maryland pours more money into streams every year. In projects with million-dollar price tags, engineers reconstruct and redirect streambeds using boulders, earth and vegetation. When they’re finished, the brooks appear more natural. They also are more hospitable to aquatic life and, perhaps most importantly, they more effectively filter out pollutants as water flows downstream toward the bay. But analyses of limited data collected in streams around the state show that some projects don’t help the estuary as much as hoped, Scott Dance reports for the Sun.

NEW EXEC EDITOR/PUBLISHER FOR MARYLANDREPORTER: Len Lazarick writes that “longtime journalist Tim Maier is the new executive editor and publisher of MarylandReporter.com, taking over day-to-day operations after my 10 years at the helm of the site I founded in 2009.”

OPINION: STRENGTHENING PESTICIDE LAWS: In an op-ed for the Sun, physician and winemaker Tom Croghan opines that the 2020 session of the Maryland General Assembly will likely continue the recent trend of bills seeking to ban certain pesticides. In 2016, Maryland was the first state in the nation to ban use by consumers of neonicotinoid insecticides. In 2018 and 2019, the legislature narrowly failed to pass bills to ban chlorpyrifos, an organophosphate insecticide associated with neurological problems in children. Some version of these bills is expected to return for consideration in 2020, along with a proposal to ban glyphosate, the active ingredient in the herbicide RoundUp.

GRIFFITH FILLS DEL. CASSILLY’s SEAT: Gov. Larry Hogan has appointed Mike Griffith, the Harford Republican Central Committee chairman, as the next delegate for district 35B, representing both Cecil and Harford counties. Hogan’s decision comes days short of the deadline to fill the seat left vacated by Andrew Cassilly, who the governor had elevated to senior advisor earlier this month, Katie Tabeling reports in the Cecil Whig.

OPIOID DEATHS DOWN SOMEWHAT: Fewer Marylanders died after opioid-related overdoses in the first nine months of 2019 than in the same period in 2018, according to state data released this week, mirroring trends that show a plateau in the national crisis. But the decline was not as sharp as Maryland officials had hoped it would be.

ANNAPOLIS CASH DASH: Before many Marylanders have even rubbed the sleep out of their eyes this morning, state lawmakers, lobbyists and other power brokers will start six grueling days on the fundraising circuit, moving in flocks from one political event to another. It’s the annual dash for campaign cash that precedes the General Assembly session, which begins this year at noon on Jan. 8. From that day until the last night of the session, on April 6, state legislators and the four statewide officials — the governor, the lieutenant governor, the comptroller and the attorney general — are banned from raising money.

MD GOP JUMPS ON DEMs’ LEGAL WOES: Rachel Chason of the Post writes that three prominent Maryland Democrats — the mayor of Baltimore, a longtime Prince George’s state delegate and the chair of Baltimore’s state delegation — resigned in 2019 in connection with illegal activity. This week, the Maryland Republican Party saw the opportunity to raise funds off their rivals’ misdeeds. “2019: Dems’ horrible, no good year,” reads the heading atop a fundraising email sent Tuesday by the Maryland GOP. Below it is a graphic of the Maryland Democratic Party’s logo behind bars.

$3.8M FOR BIKEWAYS: Longtime cycling advocate and Montgomery County native Kim Lamphier wasn’t alive to see more funding awarded to bike trails across the state. But friends say she would be gratified by a Dec. 20 announcement from Gov. Larry Hogan, who pledged $3.8 million to the state’s Bikeways Network Program for the next two years, Kate Masters of Bethesda Beat reports.

OPINION: GLENN JOINS CORRUPTION COMMUNITY: In a column for his Political Maryland blog, Barry Rascovar opines: What a way to end the year! Maryland’s corruption community lost one of its disgraced members this past week, the late Sen. Ulysses Currie, but gained an even more egregious violator of ethics norms, ex-Del. Cheryl Glenn. While Currie’s sin was egregious — taking gobs of money from a supermarket chain to further the company’s interests in Annapolis and Prince George’s County — Glenn’s sin was far more ominous: It threatens the integrity of lawmaking in the state capital.

TEST YOURSELF: McCARTNEY’s REGIONAL QUIZ: Post reporter Robert McCartney, who admits that he scored low on his own political quiz last year after a strong performance the previous year, pulls together a quiz and pulls out his tarot cards once again to focus on regional changes that are in the offing. So what will happen to the Kirwan recommendations and Gov. Hogan’s road widening plan? Take the quiz and see how you do in the coming months.

DEBTOR ASSET FORMS: Creditors may soon be able to ask debtors to disclose their assets on a court form rather than require them to attend court or answer complex interrogatories, an idea that has been in the works for more than a year, reports Heather Cobun for the Daily Record. A financial disclosure form that eliminates the need for a hearing is another step that would allow people with judgments against them to avoid court appearances and potential arrest via a body attachment.

MARYLAND 18th HEALTHIEST STATE: Maryland is the 18th healthiest state in the country, according to an annual report, Morgan Eichensehr reports for the Baltimore Business Journal. The state rose one spot from its previous position in the latest United Health Foundation’s yearly America’s Health Rankings report, thanks to markedly low rates of mental health distress and child poverty.

B’MORE AIRBNB RULES: As Baltimore’s new rules for Airbnb-style rentals take effect, city officials have licensed fewer rentals than first projected, Talia Richman of the Sun writes. The City Council in 2018 passed strict regulations on renting out properties on Airbnb and other online platforms. As of Tuesday, it limits the number of rentals a host can operate and requires hosts register with city authorities. The law also imposed a 9.5% hotel tax on these short-term rental stays. 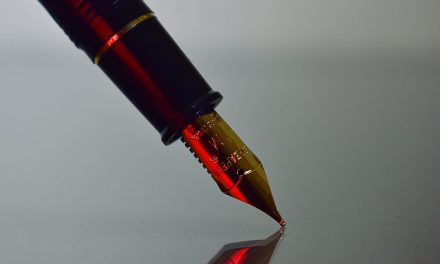