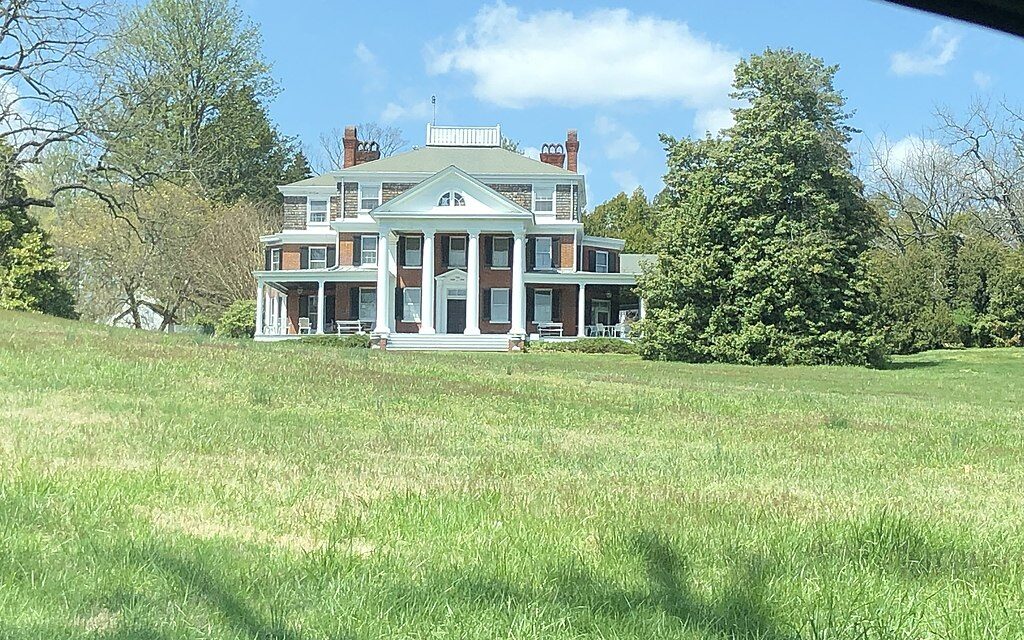 Oakdale, the historic estate of Gov. Edwin Warfield in Howard County, is for sale, the Sun reports. Photo By Zrmachuga - Own work, CC BY-SA 4.0, https://commons.wikimedia.org/w/index.php?curid=89068293

STATE MANDATES NURSING HOMES TO PROVE WORKER VACCINES: The state will soon require all of its nursing home and hospital staff to show proof of vaccination against the novel coronavirus or alternatively face routine testing, Gov. Larry Hogan said Wednesday. Employees will need to receive their first shot by Sept. 1, reports Bryan Renbaum for Maryland Reporter.

KID-DESIGNATED HOSPITAL BEDS FILLING: Maryland hospital beds designated for children are filling up, with COVID-19 and other respiratory viruses largely to blame, Hallie Miller reports for the Sun. As schools reopen with mask requirements that vary from county to county, the situation could escalate and cripple the health care system, hospital officials and medical professionals say.

TOWN HALLS TO BE HELD TO ADDRESS OPIOID CRISIS: State and local officials will soon be heading to into communities to talk with residents about what they think could ease the ache felt by Maryland’s opioid epidemic. Robin Rickard, the director of Maryland’s Opioid Operational Command Center, announced during a session at the Maryland Association of Counties Conference Wednesday that the Maryland Stop Overdose Strategy, or Maryland SOS, program will begin holding meetings next week in Western Maryland.

MASK CONTROVERSY FORCES RECESS OF ARUNDEL SCHOOL BOARD: Rachael Pacella and Brandi Bottalico report that after discussion, comment and a forced recess Wednesday, the Anne Arundel County Board of Education announced that it will vote Sept. 1 on whether to make mask-wearing in schools optional this year. Two of the seven members of the board were not wearing a face mask, prompting members of the audience to ask why they needed to wear a mask if the officials at the podium weren’t.

AMID ‘TORRENT OF HATE,’ MO CO HEALTH OFFICER RESIGNS: Montgomery County Heath Officer Travis Gayles resigned Wednesday, marking an abrupt end to the tenure of one of the area’s highest-profile public health officials as coronavirus ­cases have risen in the Maryland suburb and are surging elsewhere in the country, Rachel Chason and Rebecca Tan of the Post report.

WILL MARYLAND GOP STILL ACCEPT MICHAEL STEELE? As Michael Steele prepares to reinsert himself into state politics this week, with a visit to the Maryland Association of Counties summer conference and associated events, the former Republican National Committee chair faces an uncertain reception from Maryland GOP leaders and activists who are flocking to Ocean City for the annual gathering, Josh Kurtz reports for Maryland Matters.

CAPITOL COP RETURNS IN TIME FOR RALLY TO SUPPORT INSURRECTION: Yogananda Pittman, the Capitol Police official and Morgan State alum who led intelligence operations for the agency when thousands of Donald Trump loyalists descended on the building in January, is back in charge of intelligence as officials prepare for what’s expected to be a massive rally at the Capitol to support those who took part in the insurrection, Michael Balsamo and Eric Tucker of the AP report.

VIDEO MAY UPEND MARYLAND MAN’s JAN. 6 DEFENSE: Even after Robert Reeder pleaded guilty to illegally picketing inside the U.S. Capitol building on Jan. 6, he remained adamant that he was innocent of the worst allegations leveled against him. Then a video turned up, reports Kate Shepard for the Post.

YOURS for $8.5M: WARFIELD’s OAKDALE ESTATE FOR SALE: Oakdale, the historic Woodbine home of Maryland Gov. Edwin Warfield, who served as governor from 1904 to 1908, is up for sale for $8.5 million. It’s an expansive rural estate on the National Register of Historic Places and boasts a total of 16 bedrooms and 10 full and two partial baths between the estate’s multiple buildings, Rose Wagner writes for the Sun.