COMMISSION WARY OF ROADWAY WIDENING: Members of the National Capital Planning Commission expressed concern last week about a plan that would widen the Beltway, potentially affecting 20 acres from three parks, Dan Schere of Bethesda Beat reports. The NCPC is the federal agency responsible for approving interstate highway projects that cut through federally protected parkland in the greater Washington region. Gov. Larry Hogan (R) has proposed widening the Beltway and I-270 to add toll lanes to help ease traffic.

HIDDEN CAMPAIGN FOR SENATE PREZ: One of the most important campaigns under way in Maryland right now is almost invisible. It’s the barely formed race to replace Senate President Mike Miller Jr. (D-Calvert), writes Josh Kurtz in Maryland Matters. We don’t know when the election will actually take place. In fact, the small universe of voters – 47 senators – and probably even the candidates themselves, would prefer it come later rather than sooner.

PRISON POPULATION CONTINUES TO DROP: The prison population in Maryland continues to decline as state officials consider recommendations to make it easier for elderly inmates to be granted parole. The Maryland Justice Reinvestment Oversight Board is considering expanding eligibility for what’s called “geriatric parole” to about 265 inmates older than 60 who are suffering from illness or other complications of aging, Luke Broadwater of the Sun reports.

AUDIT: STUDENT, TEACHER DATA IMPROPERLY STORED: “Sensitive, personally identifiable information” of more than 1.4 million students and more than 200,000 teachers was improperly stored by the Maryland State Department of Education, leaving them at risk of identity theft, according to a recent audit, Ovetta Wiggins of the Post reports.

AUDIT: LAX OVERSIGHT ON ANTI-GAMBLING GRANTS: State legislative auditors accused Maryland’s Behavioral Health Administration of lax oversight of hundreds of millions of dollars in grants — including a mismanaged anti-gambling website — in a recent audit of the agency, Luke Broadwater of the Sun reports. The state audit dated July 9 noted the agency’s inspector general referred two other matters to the attorney general for possible criminal investigations.

HOYER STEPS UP AS ANTI-RACIST RESOLUTION PASSES: Rep. Steny Hoyer of Maryland, the House of Representatives’ No. 2 Democrat, was called to preside over the body Tuesday after an odd parliamentary squabble sent Speaker Nancy Pelosi out of the chambers, Christine Condon of the Sun is reporting. The House parliamentarian flagged Pelosi’s remarks on the floor as violating a congressional rule that prohibits congressmen from referring to the president or his actions as racist.

DR. WEN OUT AT PLANNED PARENTHOOD: Dr. Leana Wen, Baltimore’s former health commissioner, was removed Tuesday as the president and CEO of Planned Parenthood. She said she has “philosophical differences” with its board of directors and its decision to “double down on abortion rights advocacy,” reports Phil Davis for the Sun.

HAGERSTOWN, STADIUM AUTHORITY TO MEET: A second stadium site has joined the conversation as Hagerstown officials picked up discussions Tuesday on what to do next in pursuit of its next major project, CJ Lovelace of the Hagerstown Herald Mail reports. After an hour-plus-long discussion, a majority of the Hagerstown City Council agreed to have city staff members contact the Maryland Stadium Authority. They will learn more about a phase-two study into a downtown multiuse ballpark.

BALTIMORE COPS, STATE & FEDS TEAM UP: Baltimore police are teaming up with state and federal agencies on a three-year initiative to fight violent crime, gangs and the drug trade. Juliana Kim of the Sun reports that Tuesday marked the kickoff of the city’s participation in the National Public Safety Partnership, a federal crime-fighting program with the U.S. Justice Department.

MAYOR YOUNG AWAY 16 OF 75 DAYS IN OFFICE: Since taking over as Baltimore City mayor on May 2, Jack Young has been out of town on 16 of his first 75 days in office, according to travel voucher requests reviewed by The Brew. The trips will apparently continue, Mark Reutter reports. 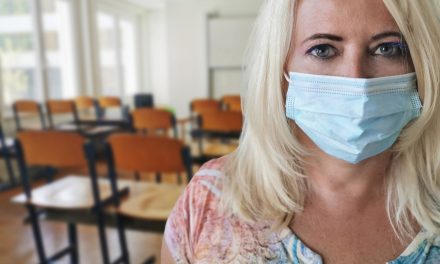