DEMS SEEK PROBE OF HOGAN DONORS: The Maryland Democratic Party on Monday accused nearly 100 donors to Gov. Larry Hogan’s successful reelection campaign of violating elections law by donating too much money to the governor. Chris Ashby, an attorney for the Republican governor’s campaign, called the party’s complaint to the state Board of Elections “false” and “sloppy” and predicted it would be dismissed, Luke Broadwater of the Sun is reporting.

MILLER TO URGE HOGAN TO RELEASE FUNDS: Senate President Mike Miller plans to meet today with Gov. Larry Hogan over breakfast to ask him to release millions of dollars for projects the legislature amended into the state budget, including funds for Baltimore police reform, school construction and testing rape kits, writes Luke Broadwater in the Sun.

FAILED BACKGROUND CHECKS: Thousands of people each year try to buy guns nationwide even though they are prohibited by federal or state law, but rarely are those cases elevated to a prosecutor’s desk for charges. Chase Cook of the Annapolis Capital reports that the federal government referred 23,777 federal background check denials for investigation but only 95 of those were referred for prosecution and even fewer — 25 — resulted in prosecutions, according to fiscal 2016 and 2017 federal data. In fiscal 2016, the federal government put 9.5 million through the National Instant Criminal Background Check System.

OPINION: UNFAIR CRITICISM ON OPPORTUNITY ZONE: In an op-ed for the Sun, developer Marc Weller opines, “I am a longtime Maryland resident who fell in love with Baltimore. Another person who fits this description happens to be … Kevin Plank. When he reached out to me about helping him invest in Baltimore’s future, I didn’t hesitate.” Despite the positive impact of the Port Covington project, “there has been criticism … Some has been fair …And some is entirely unfair.”

FEDS SEARCH METRO CHAIR’s HOME: Federal agents have searched the home of the chair of the Washington, D.C., transit authority, days after he announced his resignation over an ethics violation, the AP is reporting. Washington Metropolitan Area Transit Authority Chair Jack Evans acknowledged this week that he failed to disclose a conflict of interest that netted him at least $50,000 a year from a local company. Evans, who is also a District councilman, previously denied any wrongdoing.

MARYLAND’s WORRIED IMMIGRANTS: Montgomery County is taking measures to educate immigrants on their rights in response to tweets from President Trump that federal agents could be conducting raids in major cities for families that have been ordered deported, reports Dan Schere for Bethesda Beat.

DEM DEBATES: WHAT THEY MEAN FOR DELANEY, PEREZ: The Democratic presidential debates are almost upon us, writes Josh Kurtz for Maryland Matters. What does that mean for two Marylanders? There’s former congressman John Delaney, waging a self-funded but long shot campaign for the White House and Tom Perez, the Democratic National Committee chair, whose ultimate measure of success will come on Election Day 2020, but already there has been some grumbling about the way the party is being run.

MILTON NAMED TOP EDITOR OF FNP: A past president of the Maryland-Delaware-D.C. Press Association took over as the top editor of The Frederick News-Post on Monday. Paul Milton, 59, joined The News-Post, bringing more than 30 years of experience to the newspaper, Allen Etzler of the News Post reports. 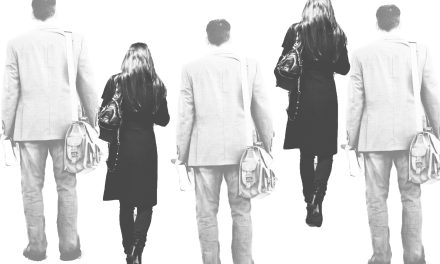