JUSTICE REFORM AND VICTIMS: Gov. Larry Hogan on Friday told about 200 advocates for crime victims’ rights that a bipartisan criminal justice bill he intends to sign does not ignore victims’ needs, Ovetta Wiggins of the Post reports.

BIG JOB GAINS: The Maryland labor market started the spring with a bang, as employers added 19,300 jobs in March — more than any other state in the country, according to new estimates the Department of Labor released Friday, Natalie Sherman reports in the Sun. It was Maryland’s largest monthly gain of all but three months in the past 25 years — vaulting the state to the top spot, despite its small size.

RAPE & PARENTAL RIGHTS BILL TO RETURN: Steve Lash of the Daily Record reports that supporters of legislation designed to make it easier for courts to strip parental rights from a mother or father who conceived the child through non-consensual intercourse say they are not deterred by the bill’s perennial death in the General Assembly. The Maryland Coalition Against Sexual Assault, which has lobbied strongly for the bill for seven years, vowed to try again in 2017.

VOTERS STATS: Robert Lang of WBAL-AM reports that more than 100,000 people have cast ballots over the last four days, thanks to early voting. According to figures from the Maryland Board of Elections 74,968 registered Democrats, or a 3.59% turnout, in the first four days of early voting. The board reports 25,070 Republicans have voted in the four day period, a 2.52% turnout.

ARUNDEL WINS, LOSSES: School board politics dominated the Anne Arundel County headlines this General Assembly session, writes Amanda Yeager for the Annapolis Capital. She writes about the winners and the losers that came out of the Annapolis session.

HOWARD SCHOOL BOARD: With Renee Foose set to begin another four-year term as superintendent of Howard County schools — despite attempts to block her reappointment — her critics say they are looking to the upcoming Board of Education election as the only way to restore accountability and transparency to the county school system, Lisa Philip writes in the Sun.

LAWMAKERS STAFF CHARGED IN THEFT: The campaign finance committee chairwoman and treasurer for a Maryland lawmaker were charged Friday with stealing more than $22,000 from the campaign. Mary and Damiana Murphy alleged used the campaign funds of Del. Michael A. Jackson, D-Calvert and Prince George’s, for personal expenses, the Daily Record is reporting. 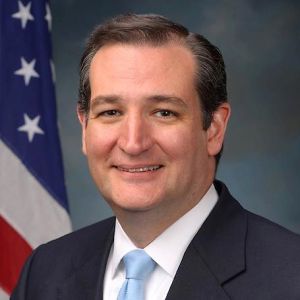 CRUZ IN TOWSON: Republican presidential hopeful Ted Cruz will be in Towson today, WBAL-TV is reporting. There’s a link in the brief to get tickets.

KASICH IN ANNAPOLIS: Republican presidential candidate John Kasich will bring his underdog campaign in Annapolis Tuesday, two weeks before the Maryland primary.The GOP governor of Ohio will appear at a rally at the Crown Plaza Annapolis, one day after campaigning in New York for Tuesday’s primary in that state, Rick Hutzell of the Annapolis Capital reports..

SZELIGA’S SENATE RACE: Fenit Nirappil of the Post reports that Del. Kathy Szeliga raised nearly $260,000 between January and early April in her bid to be the Republican nominee for U.S. Senate, more than any other opponent’s reported haul in a GOP primary marked by anemic fundraising.

VAN HOLLEN, EDWARDS FUNDING: Rep. Chris Van Hollen raised $1.8 million between January and early April and spent $3.7 million in his competitive primary against Rep. Donna F. Edwards for the Democratic nomination for an open seat in the U.S. Senate. Edwards raised more than $1 million over the same time period, the first time she has reached that milestone in a single quarter in the race. But she remains at a distinct financial disadvantage heading into the April 26 primary, Rachel Weiner and Fenit Nirappil of the Post report.

4th DISTRICT CANDIDATE ARRESTED: A Democratic candidate in Maryland’s 4th Congressional District race was arrested and released Friday along with scores of protesters staging a sit-in demonstration on the steps of the U.S. Capitol. Terence Strait, 35, a long-shot “Bernie-crat,” is one of six Democrats running for the nomination to succeed Rep. Donna F. Edwards (D-Md.), who is running for U.S. Senate, Arelis Hernandez reports in the Post.

BROWN LOANS CAMPAIGN $400,000: Maryland’s former lieutenant governor lent nearly $400,000 to his bid for the 4th District seat for Congress but still has less money to spend than his rivals in the final days of the Democratic primary campaign, finance records show, Ben Nickols of the AP writes in the Daily Record.

GOP IN 8th DISTRICT RACE: Republican primary voters in Maryland’s 8th Congressional District have a choice between a staunch conservative and four candidates closer to the center — including an African American woman who was a Democrat a year ago and an independent until February, write Bill Turque and Fenit Nirappil.

TRONE, MATTHEWS FUNDING: Fueled by a self-funded campaign by Total Wine & More co-owner David Trone of Potomac that already has exceeded $9 million, total spending in the District 8 Democratic primary race now stands at more than $13.7 million — putting it in play for this year’s costliest House race in the nation, writes Louis Peck for Bethesda Beat.

CITY MINIMUM WAGE HIKE PROPOSED:The AP is reporting in the Frederick News Post that Baltimore City Councilwoman Mary Pat Clarke is planning to introduce a bill to raise the minimum wage in the city to $15 an hour. Clarke plans to introduce the bill today. It is co-sponsored by eight of the council’s 15 members. The paper says Baltimore’s minimum wage in would increase incrementally and reach the full amount by 2020.

COMPLAINTS AGAINST PUGH CAMPAIGN: The State Board of Elections has forwarded to prosecutors a citizen’s complaint that a developer used several different companies to give money to the Baltimore mayoral campaign of state Sen. Catherine E. Pugh in order to circumvent donation limits in the Democratic primary. The complaint centers on whether developer Armando Cignarale and companies connected to him violated state law by contributing $36,000 to Pugh’s campaign for mayor, Luke Broadwater and Yvonne Wenger write in the Sun. Board officials also have received a complaint about Pugh’s effort to get out the vote in Baltimore.