Dels. Dereck Davis, Adrienne Jones and Maggie McIntosh after Jones was sworn in as the new speaker. Facebook photo

SURPRISE & HISTORIC: DEL. JONES BECOMES SPEAKER: Baltimore County Del. Adrienne A. Jones was unanimously elected the next speaker of the Maryland House of Delegates on Wednesday, making history as the first woman and African American to hold the position, reports Luke Broadwater and Pamela Wood in the Sun.

OPINION: JONES’ FIRST PRIORITY: The editorial board of the Sun opines that Speaker Jones’ first priority will have to be calming the tensions this fight between Maggie McIntosh and Dereck Davis exposed. Her speakership will be badly challenged if she cannot. Jones may have received a unanimous vote on the House floor, but the chamber has rarely been less unified.

ON SPEAKER JONES: Pamela Wood of the Sun picks out five things you should know about Speaker Jones, including that Jones, 64, was raised in Baltimore County, graduating from Lansdowne High School and earning a bachelor’s degree in psychology from the University of Maryland, Baltimore County.

WINNERS & LOSERS: Blogger Brian Griffiths of Red Maryland offers up the “winners and losers” in the election of the new House speaker. Of course, Adrienne Jones is the top winner, and the losers are Democrats and liberals.

MEANWHILE, IN THE SENATE: With the House in town to elect a new speaker, the Senate is constitutionally bound to show up, but with no agenda and no real duties. So what actually happened during that session? Josh Kurtz answers that question for Maryland Matters.

BPW, SANS KOPP, TO VOTE ON ROAD WIDENING: The Maryland Board of Public Works is set to vote next week on a high-profile and controversial transportation item even though one of its three members will be out of the country, Bruce DePuyt of Maryland Matters reports. Treasurer Nancy Kopp notified the board months ago that she will be overseas celebrating her 50th wedding anniversary with her husband, and on Monday an aide formally asked Gov. Larry Hogan to pull the item from the panel’s May 8 agenda as a courtesy. In an email, the governor’s communications director confirmed that the board plans to move forward with the controversial project.

PARENTS OF DISABLED STUDENTS LOSE IN COURT: It’s rare for the parents of students with disabilities to prevail in legal battles against Maryland school districts. In the past five years, they’ve lost more than 85% of the time, state education department documents show, even after investing tens of thousands of dollars and countless hours in pursuit of a better education for their children, Talia Richman of the Sun reports. Advocates, families and attorneys say the trend is alarming and discourages people from fighting for the rights kids are guaranteed under federal law.

STATE PROBES MORE EAGLE DEATHS: State and federal wildlife officials are investigating the deaths of at least seven bald eagles and a great horned owl on the Eastern Shore this spring, saying they signal a “systemic” problem with use of an illegal poison on the Delmarva peninsula, Scott Dance reports in the Sun. The birds died under similar circumstances as 13 eagles found dead near Federalsburg in 2016.

ROCKFISH DECLINE: The population of striped bass, better known as rockfish, is dwindling. And that has alarmed Atlantic State Marine Fisheries Commissioners so much they have drawn up a plan to cut back landings throughout coastal fisheries, including the Chesapeake Bay, Pamela D’Angelo reports for WYPR-FM.

BLACK WALNUT QUARANTINE: State agriculture officials ordered a quarantine Wednesday on walnut wood in an effort to prevent a blight that kills walnut trees from spreading beyond Baltimore and Baltimore County, Sarah Meehan of the Sun reports. The quarantine, enacted by the Maryland Department of Agriculture, makes it illegal to move any walnut material or any hardwood firewood out of the quarantined area, which stretches across 185 square miles. The area encompasses all of Baltimore City and southeast Baltimore County.

WILL PUGH RESIGN TODAY?: Baltimore City Solicitor Andre Davis drafted a resignation letter for Mayor Catherine Pugh and gave it Wednesday to her attorney, as city residents await her decision about whether to step down in the face of federal and state investigations, reports Doug Donovan for the Sun. Her lawyer, Steven Silverman, is expected to hold a news conference Thursday afternoon at his downtown office.

MAYOR CANDIDATE CAN RUN UNDER PSEUDONYM: Baltimore bon vivant and so-called “mayor of Hampden” Lou Catelli is legitimately running to be mayor of Baltimore. He went down and filed with the Baltimore City Board of Elections as Catelli, who is really Will Bauer, and he can run as his other self, Brandon Weigel of Baltimore Fishbowl writes. Citing Election Law Article 5-301, Jared DeMarinis, of the Maryland State Board of Elections, said candidates are able to alter their name if they file “an affidavit attesting that the candidate is generally known by that other name in press accounts or in encounters in the community.”

NEW SECRET SERVICE CHIEF FROM ARUNDEL: An Anne Arundel County resident was sworn in Wednesday as the new director of the Secret Service. James M. Murray, 50, a veteran agent, succeeds Randolph Alles. Murray began his career with the Secret Service in 1995, Jeff Barker of the Sun reports.

PENCE HONORS HIS PROTECTION: Vice President Mike Pence visited Baltimore Wednesday, presenting an award to an Annapolis man at a conference of Hispanic law enforcement officials before touring the local office of the U.S. Immigration and Customs Enforcement. Jeff Barker and Catherine Rentz report in the Sun that Pence presented a top association award to Secret Service agent Hector Hernandez of Annapolis, who has served under three presidents and is now the special agent in charge of the vice presidential protective division. 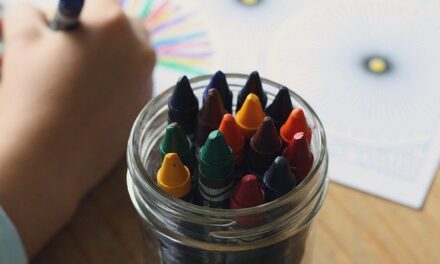