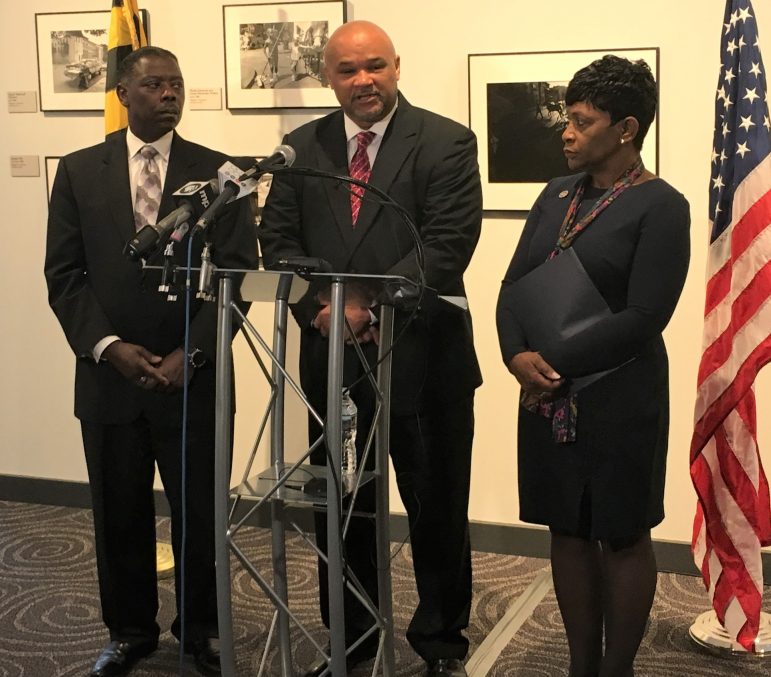 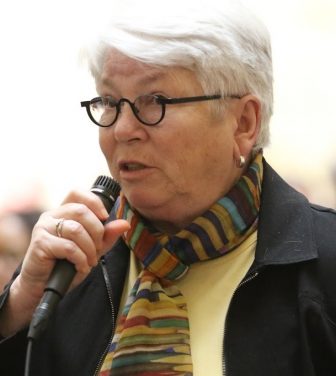 JONES WITHDRAWS FROM SPEAKER RACE, SUPPORTS DAVIS: Two African-American candidates for the next speaker of the Maryland House of Delegates have joined forces in hopes of electing the state’s first black presiding officer in the General Assembly. Del. Adrienne Jones of Baltimore County, the House speaker pro tem, withdrew her candidacy Friday and publicly threw her support behind Prince George’s County Del. Dereck Davis, Pamela Wood of the Sun reports.

DELEGATE RESIGNS FROM BLACK CAUCUS: A member of the Legislative Black Caucus from Baltimore City has resigned from the group over remarks purportedly made by the caucus’ leader. Her decision comes just days before the House of Delegates votes on a new speaker, amid signs that a leading candidate — a member of the caucus from Prince George’s County — may be preparing to align himself with Republican legislators in order to win the position, Bruce DePuyt reports for Maryland Matters.

OPINION: REFORM FROM NEW SPEAKER: In an op-ed for Maryland Matters, Progressive Richard DeShay Elliott writes that the speaker of the House picks the committee chairs, the leadership, and sets the legislative agenda for Maryland House Democrats. It is a very powerful position with almost no democratic accountability. With the first opportunity to elect a House speaker in over a decade, Maryland Democratic voters deserve increased transparency and democratization within their caucus.

CRITICS BLAST ROAD WIDENING PLANS: Worries over declining property values, the demolition of homes and little emphasis on public transit surfaced Thursday night at a public meeting in Rockville over the proposed widening of Interstate 270 and the Beltway in Montgomery County, writes Dan Schere for Bethesda Beat. State transportation officials held their third public information session in the county as part of outreach efforts on Gov. Larry Hogan’s proposed $9 billion expansion of I-270 and the Beltway.

HBCUs, STATE MEDIATION CONTINUED: Mediation between Maryland and its historically black institutions, scheduled to be completed by April 30, was extended by three months Thursday. Heather Cobun of the Daily Record reports that the 4th U.S. Circuit Court of Appeals ordered the parties to mediate their dispute, which dates back to 2006, in January. The mediation period was extended through July 29 in Thursday’s order.

POLL: STATE DIVIDED: Maryland voters have widely divergent opinions on the direction of the jurisdiction where they live – and those opinions are based to a large degree on the economic health of their home cities and counties. A wide-ranging poll, conducted for Our Voice Maryland, was taken earlier this month to test the mood of the electorate and voters’ priorities – particularly in the state’s six largest jurisdictions, Josh Kurtz writes for Maryland Matters.

UMMS CEO RESIGNS: The president and chief executive of the University of Maryland Medical System resigned Friday, one day after federal agents searched Baltimore City Hall and Mayor Catherine E. Pugh’s home in a highly visible indication of a federal criminal case over lucrative book deals Pugh made with private businesses, including UMMS, Rachel Chason of the Post reports.

UPSET IN CITY HALL: Baltimore ex officio Mayor Jack Young, his staff and City Council allies have worked to project an impression of stability amid the whirling scandal surrounding Mayor Catherine Pugh, but within City Hall the mood is a combination of exhaustion, bewilderment and simmering resentment, Adam Bednar reports in the Daily Record.

PUGH’s LADDER UP IS LADDER DOWN: Catherine Pugh ran for mayor of Baltimore in part on a promise: She would leverage her wealthy connections in the business community to inject money into a cash-strapped city. … Now some in her network of supporters say the same character traits that led to her political rise — her ability to forge alliances with the rich and powerful and her strong-willed insistence that her way is right — have also led to her fall, Luke Broadwater and Ian Duncan report in the Sun.

OPINION: THE HIGH COST OF PAID LEAVE: The editorial board of the Sun is pointing out that while Catherine Pugh and members of her inner circle are on paid leave during this Healthy Holly scandal, the nifty tech folks came up with a chart that is calculating the cost as the seconds tick along. Already the numbers have surpassed $35,000.

REFORM WOULD ALLOW COUNCIL TO REMOVE MAYOR: Giving the City Council power to force out Baltimore’s mayor is part of a package of legislative reforms being introduced Monday. The proposals come amid FBI raids, ongoing investigations and calls for Democratic Mayor Catherine Pugh’s resignation — all fallout from more than $800,000 in deals she struck to sell her self-published “Healthy Holly” children book series, Yvonne Wenger of the Sun reports.

CITY PANEL MOVES ON BGE PIPELINE DEAL: Moving forward with a deal opponents contend was improperly struck, a Baltimore City Council committee has approved a franchise giving Baltimore Gas & Electric the right to use a 2.2-mile-long natural gas pipeline across Leakin Park. Fern Shen of Baltimore Brew reports that critics of the franchise made an impassioned plea before the vote, citing the deal’s possible connection to Mayor Catherine Pugh’s unreported children’s book sales to entities that do business with the city and state.

CITY TO SEE PIMLICO SEATING STUDY: The city reached a tentative agreement Friday with the owners of Pimlico Race Course to receive — but not make public — an engineering report that led to the closing of 6,670 seats for the Preakness Stakes next month. State lawmakers from Baltimore have been pushing for The Stronach Group, parent of the Maryland Jockey Club, which owns the 149-year-old track, to release the report so that they — and the public — can assess the findings for themselves, Jeff Barker reports in the Sun.

OPINION: THE SARBANES CONNECTION: In a column for Maryland Matters, Frank DeFilippo writes about former U.S. Sen. Paul Sarbanes and his son, U.S. Rep. John Sarbanes: “At no other point in the twisted and inbred political history of the nation has a father and son, representing the same congressional district, sat at the threshold of not one, not two, but three impeachment proceedings of presidents.”