HEALTH COVERAGE, CHEAPER MEDS FOR GOV’T WORKERS: Health coverage will be easier to secure for uninsured Marylanders and prescriptions could become cheaper for government workers under legislation passed by the General Assembly, which took up a slate of related measures before adjourning for the year, Meredith Cohn and Pamela Wood of the Sun report.

BILLS HOGAN MIGHT VETO: The staff at Maryland Matters takes a look at recently passed legislation and comes up with eight that stand a chance of a veto by Gov. Larry Hogan. Those bills include the statewide ban on polystyrene products, which the restaurant industry hates, the repeal of the Handgun Review Board, which has overturned a majority of decisions by the State Police, and the creation of a prescription drug affordability board.

LEAD-TAINTED WATER IN SCHOOLS: Legislation aimed at removing lead-contaminated water from hundreds of school fountains passed unanimously on the General Assembly’s final day this week — but in weakened form. Luke Broadwater of the Sun writes. The Lead Reduction and Remediation Act, sponsored by Del. Jared Solomon, a Montgomery County Democrat, toughens standards on how much lead can be in a school’s water to the lowest traceable amount.

REDEVELOPING GLENN DALE HOSPITAL: A bill approved by the Maryland General Assembly this legislative session, which ended Monday, could reinvigorate long-standing efforts to develop the sprawling site of Glenn Dale Hospital in Prince George’s County, residents and preservationists say. The 210 acre property has been the subject of ghost stories and a target for trespassers, Rachel Chason of the Post reports.

OPINION: THE HOUSE THAT BUSCH BUILT: In a commentary for Maryland Matters, Josh Kurtz writes about the distinctive impact that the late Speaker Michael Busch had on the House of Delegates. Just before Busch became speaker in 2003, five of the six committees in the House of Delegates were led by men, and five of the six committee chairs were white, Kurtz writes. Two were conservatives from rural parts of the state. Today, half of the committees are led by women, two have people of color as chairs, and half the committee leaders are openly gay or lesbian. … those demographic and ideological changes only begin to tell the story of the stamp the late speaker.

HOW TO PAY RESPECTS TO SPEAKER BUSCH: The staff of the Annapolis Capital outlines the protocols the public will need to be mindful of as it pays last respects to the late Speaker Michael Busch, who died last Sunday and whose casket will lie in state at the State House on Monday and Tuesday.

OPINION: MOVE, OPEN UP PROCESS TO REPLACE DEL. BUSCH: The editorial board of the Annapolis Capital is urging the Democratic body that is charged with finding a replacement for the late Del. Michael Busch to move the interview process to Busch’s District 30A and open up the meeting to public comment. The committee intends to meet in Gambrills, which isn’t in the district, and doesn’t plan on having public comment.

CASHLESS TOLLS AT TWO BRIDGES: The tolls on the Francis Scott Key and Thomas J. Hatem Memorial bridges will become cashless in October, Maryland transportation officials announced Thursday. Colin Campbell of the Sun reports that the 60,000 drivers who use the bridges each day will pay either by E-ZPass or by video tolls, which take a picture of the vehicle’s license plate and send a bill by mail to the driver’s address.

KING UPBEAT ON HOGAN HIGHWAY EXPANSION: At least one member of Montgomery County’s 32-member delegation in the General Assembly is bullish on Gov. Larry Hogan’s plan to expand Interstate 270 and the Beltway — Sen. Nancy King, Dan Schere of the Bethesda Beat reports. Since Hogan announced his $9 billion plan to add toll lanes on the two highway in 2017, a throng of Montgomery County public official have expressed opposition, using words such as “transparency” and “oversight” that are needed to ensure that the project does no harm to the environment and avoids the taking of property under eminent domain.

ATTACKING ADDICTION: As more and more jurisdictions file lawsuits against drug manufacturers for their role in the opioid crisis, officials at a conference in Baltimore on Thursday stressed that a multifaceted approach was needed to target opioid addiction in Maryland and across the country, Anamika Roy of the Daily Record reports. “What we’re looking at is a public health crisis,” said Maryland Attorney General Brian E. Frosh at a panel discussion.

CANNABIS CO. IN HANCOCK: Harvest Health and Recreation plans to run a medical cannabis processing operation as well as its growing facility in Hancock. “The hope is that in the coming months we can double the workforce we currently have,” CEO Steve White told the Hancock Town Council during its meeting Wednesday night. Mike Lewis of the Hagerstown Herald Mail writes that the town has a 5% interest in the operation. Because of that “unique relationship,” White said, he believes it’s important for the Arizona-based company to report to the council, on perhaps a yearly basis, about recent developments.

REP. HARRIS VS. POT ADVOCATES: It’s hard to pinpoint when the encounters turned so personal between marijuana legalization advocates and U.S. Rep. Andy Harris, the Republican from Baltimore County. But Harris has been branded “Public Enemy No. 1” by the activists. He accuses them of “stalking” him, Jeff Barker of the Sun reports.

CUMMINGS SEEKS MLB DOCUMENTS: Two congressmen want Major League Baseball to produce documents by April 25 tied to its attempt to purchase control of 21 regional sports networks.The AP is reporting that the two Democrats are Rep. Elijah Cummings of Maryland, chairman of the House oversight and reform committee, and Rep. Raja Krishnamoorthi of Illinois, chairman of the subcommittee on economic and consumer policy. 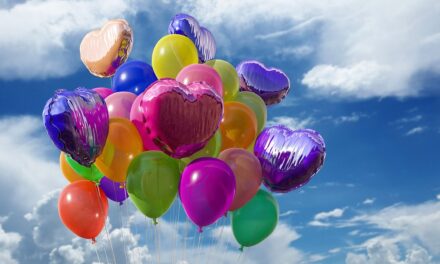