Doctors and other health care providers in Maryland will be required to report every flu shot and vaccine they administer to a common state database under a bill that passed a public health subcommittee Tuesday.

An amended version of HB316 passed the subcommittee 7-2 and will move on to the full House Health and Government Operations Committee.

A similar bill received an unfavorable report in 2015 from the Senate Education, Health, and Environmental Affairs Committee. This year’s version is sponsored by Del. Ariana Kelly, D-Montgomery.

Those who spoke in support of the bill cited a need for more information sharing among health care providers, such as pharmacists, primary care doctors and emergency room staff.

“It helps close a lot of gaps in information,” said Maddy Voytek from the Maryland Retailers Association who spoke in support of the bill on behalf of the Maryland Association of Chain Drug Stores.

Currently, only pharmacists are required to report the vaccinations they administer. With other providers not reporting in, “They’re not seeing the full record,” she said.

The result is that people can miss vaccinations or receive a repeat dose, both of which have public health consequences, witnesses said.

“The more information the department and all health care providers in Maryland have, the better treatment is,” said Webster Ye, deputy chief of staff for Maryland Department of Health Secretary Robert Neall, who submitted a letter of support for the bill.

Both delegates who voted against the measure, Del. Terri Hill, D-Baltimore and Howard counties, and Del. Kathy Szeliga, R-Baltimore and Harford counties, questioned whether a change in law was needed or whether more doctors could be encouraged to voluntarily report vaccinations.

According to Neall’s letter, at least half of doctor’s offices and all hospitals are now using electronic health records, something the department recommended in a 2014 report that should be in place before making vaccination reporting mandatory.

Szeliga said she plans to reverse her vote and support the bill when it returns to the full committee, after discussing the growth of electronic recordkeeping with other committee members.

“I do think it’s important that we aren’t over-vaccinating people,” she said. “If most of them are (already) reporting, it’s not going to create an onerous situation.”

ImmuNet, implemented in 2004, is free to all Maryland vaccination providers. It was upgraded in 2011 to incorporate vaccination records directly from a healthcare provider’s existing electronic health record system. It also provides reminders to parents when their child’s vaccinations are due.

According to the Health Department’s Prevention and Health Promotion Administration, there are 4,284 health provider practices reporting into ImmuNet and 14,013 active users, including providers, pharmacies, health plans, and schools. To date, 5.8 million patients and 50.2 million immunizations have been reported to ImmuNet, with 3.7 million immunizations administered in 2018, according to the bill analysis.

Robyn Elliott, a lobbyist for the Maryland Nurses Association and the American College of Nurse Midwives, which support the bill, said the system saves time in managing children’s health records.

“It is very administratively burdensome to them to call around to the different providers” to determine if children have been vaccinated, Elliott said.

The bill would not require people to get vaccinated and would allow patients to opt out of having their vaccinations reported. The bill also doesn’t set a penalty for providers who do not comply with the reporting requirement.

Subcommittee Chair Joseline Pena-Melnyk, D-Prince George’s and Anne Arundel, who voted for the bill, said having a clear record of her own tetanus shot history would be helpful.

“Whenever they ask, I don’t remember. I think I’ve gotten it more times than I should,” Pena-Melnyk said. 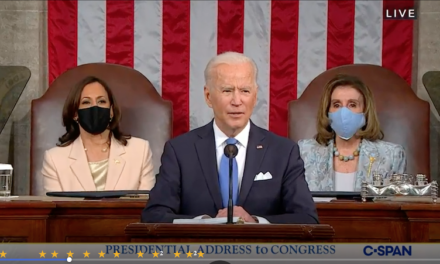 Strong reactions, pro and con, to O’Malley’s State of the State address