GOP senators try to hem in “wow” package for Baltimore

Republican senators tried to put the brakes on a series of Democrat-sponsored mandated spending bills, dubbed the “Wow” bills by Senate President Mike Miller, designed to improve educational and quality of life prospects for Baltimore City residents on Tuesday.

The four bills passed for a final vote despite several failed Republican amendments that would have given Gov. Larry Hogan greater control over how those projects would be funded as opposed to establishing annual spending mandates.

The most debated proposal would establish a grant program for local education and nonprofit agencies to create a $10 million summer education programs for children in low-income areas, which was sponsored by Sen. Bill Ferguson, D-Baltimore City.

Ferguson also introduced, SB559, the Department of Housing and Community Development-Strategic Demolition and Smart Growth Impact Fund-Establishment, which would provide grants and loans to revitalization projects and commence demolition of uninhabitable dwellings in priority funding areas. This $20 million program was Hogan’s initiative and part of a supplemental budget, but the bill mandates the program continue for five years.

Ferguson referenced the unrest that followed in the wake of Freddie Gray’s death last spring as the impetus for introducing the two bills and suggested that addressing structural and systemic inequalities could help prevent a repetition of those events.

“There was one thing that struck me, and it was the unbelievable anger,” Ferguson said. “There were twelve year old kids riding bikes up and down the street in front of the police department screaming at police officers, screaming about the pain that they were feeling in their schools and their communities, and for them it was the police officers who were standing duty that represented that injustice that they perceived.”

Pugh also spoke in support of Ferguson’s summer education bill and shared his concerns about Baltimore City and other impoverished areas of the state.

“Let us remind you that this is about the state of Maryland, this happens to be the richest state in the country and yet we still have areas in our state where children have to qualify for free or reduced lunches and so we ought to ask ourselves as legislators, how do we equalize opportunity and wealth in this state,” Pugh asked.

The Republicans’ biggest objections centered on mandated spending, not the specific spending in the bills, which was already set aside in the fiscal 2017 budget.

“When the governor has his hands tied behind his back, he can’t be flexible when a crises arises, when an opportunity arises,” Reilly said. “Eighty-three percent of our operating budget is mandated, as these bills move forward, the percentage will increase, taking the authority of the governor to respond to our needs as citizens in the city.”

Sen. Bob Cassilly, R-Harford County spoke in support of the amendment to Ferguson’s summer education program proposal. He said he was “wowed” by the absence of  fiscal accountability, particularly regarding Baltimore City officials.

“Do I trust the Baltimore City public school board to do it right? No I don’t! Do I trust the Mayor of Baltimore City to spend the money right? I absolutely do not!” Cassilly said. “It’s our job to account for this money. Do I trust them? No! I’m perfectly happy to spend the money this year that’s allocated in this bill, I’m happy to do that, you won’t get my opposition to that, my problem is the mandate in the future years, because I don’t trust it to be done right and that’s the problem we run into.” 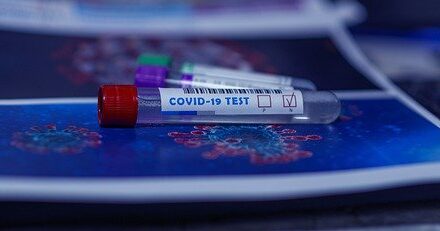