MARYLANDERS LIKE HOGAN AS GOV, NOT PRESIDENT: Gov. Larry Hogan remains popular, but Maryland residents aren’t so keen on him running for president, according to a new Goucher Poll. Hogan has been floated as a possible challenger to President Donald Trump in next year’s Republican primary, with some politicos drawn to Hogan’s popularity in a deeply Democratic state, reports Pamela Wood in the Sun.

BLACKS SEE LITTLE FAIRNESS IN JUSTICE SYSTEM: The Goucher Poll also found that black and white respondents differ sharply when it comes to questions involving race. Only 10% of African-Americans polled agreed that “the criminal justice system in Maryland treats whites and blacks equally,” compared to 30% of white respondents, Lisa Snowden-McCray writes for Baltimore Brew. For lawmakers, the results demonstrate “very clearly that their white constituents and their black constituents are viewing this issues dramatically different,” said Mileah Kromer, director of the Sarah T. Hughes Field Politics Center at Goucher College.

60+ JHU FACULTY OPPOSE ARMED POLICE: More than 60 Johns Hopkins University faculty members have signed an open letter in opposition to proposed state legislation that would authorize an armed school police force. The faculty members wrote that a police force employed by the university would be “undemocratic” and “antagonistic” with Baltimore’s nonwhite population, Catherine Rentz of the Sun reports.

HANDGUN PANEL NOMINEES REJECTED: A Senate committee’s recommendation to reject three of Gov. Larry Hogan’s appointments could effectively stop, at least temporarily, the state Handgun Permit Review Board from operating, writes Bryan Sears for the Daily Record. Three members of the board were voted down Monday evening by the Senate Executive Nominations Committee after a two-week delay. Republicans in the minority on the committee complained the vote smacked of politics and anti-gun sentiment.

ANTI-BIAS LAWS: An invitation directed at “One (1) Mother or Mother Figure per child” for a Mother’s Day tea at a private school is being cited in Annapolis as proof of the need to strengthen anti-discrimination laws for private schools that receive state funding, Ovetta Wiggins reports in the Post. The ACLU of Maryland is pushing for passage of a bill that would allow private schools to be sued over alleged discrimination, an option that now exists only for public schools under Maryland law.

ELIMINATING ELECTORAL COLLEGE: State Sen. Bill Ferguson is pushing a bill in the Maryland General Assembly he hopes speeds up the move to a national popular vote if other states also adopt the idea, Luke Broadwater reports in the Sun. Ferguson’s bill would authorize Maryland’s 10 Electoral College votes to go to the winner of the national popular vote for president — instead of the winner of Maryland’s votes — provided a red state with the same number of Electoral College votes (in Maryland’s case, Wisconsin) agrees to do the same.

SMALL BREWERIES OUTPUT: Small Maryland breweries could see the volume of beer they are allowed to brew double later this year, or state lawmakers could opt to limit the change to certain counties. Samantha Hogan of the Frederick News-Post writes that the Frederick and Montgomery county delegations each unanimously supported bills earlier this session to double the annual barrel limits of microbreweries in their counties from 22,500 to 45,000 barrels.

GEESE LIMITS: Concern over geese limits for Maryland hunters being lowered from two to one was raised by Del. Johnny Mautz, R-Talbot, during the Eastern Shore Delegation meeting Friday, Feb. 8. Mautz said he didn’t understand why other states throughout the bird’s flyways on the Eastern Shore, like Pennsylvania, didn’t have to reduce limits. He said if the change by the Maryland Department of Natural Resources is attempting to conserve more geese, other states should be limited as well, Jack Rodgers of the Easton Star Democrat reports.

OPINION: A HOLE IN KIRWAN REPORT: In an op-ed for the Sun, Kalman Hettleman, a member of the Kirwan Commission, opines that the commission report has one shortcoming that should be further understood and addressed. “This shortcoming was almost inevitable given the contentious politics of K-12 policy and funding reform. From day one, the commission has struggled to reconcile our legal mandate to recommend “adequacy” in funding with the realpolitik of “affordability.” Commissioners, one and all, have made compromises to try to achieve the right balance. Still, I believe that in our recommendations so far, true adequacy has been compromised.”

PODCAST ON ANNAPOLIS: In this 30-minute podcast for the Daily Record, real estate reporter Adam Bednar speaks with government reporter Bryan Sears about Comptroller Peter Franchot fighting with Democratic lawmakers in Annapolis, the cost of school funding, tax cuts and a lot more. And Sen. Bill Ferguson talks about his bill to improve transparency in Opportunity Zone investments.

OPINION: EMOTIONS OVER REASON: In a column for the Red Maryland blog, Greg Kline writes about the hearing on physician assisted suicide and discounts “the celebrity appearance of NPR host Diane Rehm, a longtime advocate of physician assisted suicide” and writes that “despite the claims of supporters, the legislation provides no new safeguards or changes to correct its many flaws and the majority of the testimony came from opponents of the legislation.”

MARYLAND JOINS SUIT AGAINST TRUMP: Saying Donald Trump “has veered the country toward a constitutional crisis of his own making,” the attorneys general of Maryland and 15 other states sued the president Monday over his recent declaration of a national emergency, Christina Tkacik of the Sun reports.

SEX ASSAULT VICTIMS WAIVED INVESTIGATIONS: Over 2017 and 2018, police departments in the Baltimore area prompted sexual assault victims to waive their rights to an investigation — 223 times, according to a survey by The Baltimore Sun. Catherine Rentz reports that the practice runs counter to guidance from experts and from the International Association of Chiefs of Police. 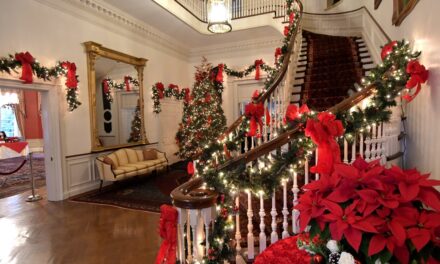