PURPLE LINE DELAYS, OVERRUNS: The opening of Maryland’s Purple Line is at least a year behind schedule, and delays have added at least $215 million to the light-rail line’s cost, according to project documents, Katherine Shaver of the Post reports. 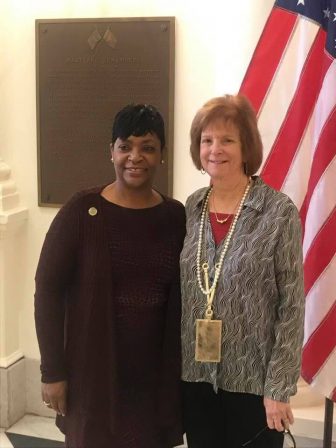 KLAUSMEIER, JONES PRESIDE: Baltimore County’s Kathy Klausmeier presided over the state Senate for the first time Friday, substituting for President Mike Miller as he underwent chemotherapy treatment, Pamela Wood of the Sun reports. Klausmeier is the new president pro tempore of the state Senate, and Miller’s revelation this week that he has prostate cancer means she’s been thrust into carrying out the duties of the chamber’s presiding officer.

OPINION: WHO WILL SUCCEED MILLER? In a column for his Political Maryland blog, Barry Rascovar writes that no one is primed to succeed Senate President Mike Miller. Retirement and an election defeat robbed the Senate of the most likely contenders — Ed Kasemeyer of Howard County and Mac Middleton of Charles County — moderates who chaired the chamber’s money committees with skill and tact. Who will rise to the top during the current session? At this stage it’s an open question. No one has an edge. But Rascovar lists the contenders.

COALITION PUSHES FOR $15: A coalition of progressive groups and legislative Democrats say they will push for an increase to $15 per hour in the state’s minimum wage, writes Bryan Sears in the Daily Record. The call for an increase comes less than a year after the state phased in the final increase to $10.10 passed five years ago. Lawmakers and advocates say more needs to be done to support the working poor.

THIS WEEK AHEAD: This week, Gov. Larry Hogan will release his budget proposal and celebrate his second inauguration, while legislators begin a push for what might end up being the hottest issue of the session: raising the state’s hourly minimum wage. Luke Broadwater of the Sun offers five things you need to know as we head into the first full week of the General Assembly’s 90 day session.

OPPOSITION TO HOGAN ROAD PLAN: In theory, elected officials in Montgomery and Prince George’s counties have 9 billion reasons to get behind the Hogan administration’s efforts to ease traffic congestion in the notoriously traffic-plagued capital region, writes Bruce DePuyt in Maryland Matters noting that so far, it isn’t working out that way.

OPINION: LIERMANS TAKE OPPOSITE VIEWS: Terry Lierman, as Maryland Democratic Party chairman, invested years rebuilding the party. His daughter has proposed a plan that would undo her father’s work, writes Frank DeFilippo in a commentary in Maryland Matters. Lierman’s daughter, Del. Brooke Lierman (D), of South Baltimore, has sponsored legislation that would let the Baltimore City Council decide whether to establish open primaries and “ranked choice” elections in the city.

MORE ON ILLEGAL ROBOCALL: The National Center for Transgender Equality was surprised this week to learn a robocall was sent to Baltimore and Harford county voters claiming to be from the Washington D.C.-based nonprofit last year, reports Heather Cobun for the Daily Record. A former top aide for Del. Rick Impallaria, R-Baltimore and Harford, was charged Thursday by the Office of the State Prosecutor with disseminating the call the day before the primary election last year without including an authority line.

OPINION: SAY NO TO IMPALLARIA: The editorial board for the Sun urges voters of the 7th Legislative District to take a closer look at Del. Impallaria, who they continue to re-elect. Although Impallaria isn’t being charged, he’s defending the aide and saying he “can’t believe so much fuss is being made over the authority line in a robocall. Which is to suggest that the contents don’t bother him a bit. If all that weren’t bad enough, the Impallaria call was targeted at his long-time district mate and supposed ally, Republican Del. Kathy Szeliga. That makes Mr. Impallaria not only bigoted and underhanded but double-crossing to boot.” But there is more …

A BAY WE NEVER KNEW: Tom Horton of the Bay Journal writes, in MarylandReporter, about a new book by University of Maryland scientist Victor Kennedy. Shifting Baselines in the Chesapeake Bay: An Environmental History examines the Bay’s past abundances of seafood, from terrapins and sturgeon to oysters and shad and waterfowl, sifting through anecdotal evidence and early surveys to arrive at a sense of just how full of life the Chesapeake was as Europeans began to settle it. It’s a portrait of the Bay most have never seen, he writes.

ELRICH, HOGAN REACH UNDERSTANDING? Montgomery County Executive Marc Elrich met with Gov. Larry Hogan earlier this week and said after the session the two have a “symbiotic relationship,” writes Dan Shere in Bethesda Beat. “We agreed that the political season is over and our role is to govern,” Elrich said during a news conference Thursday afternoon in Rockville. Elrich, a Democrat, and the Republican governor haven’t been on the same page for the last several months.

ELRICH’s FISCAL MANAGEMENT: In his first move as Montgomery County executive, Marc Elrich sent a message that he intends to pursue strong, responsible fiscal management and work within fiscal constraints, writes David Lublin for the Seventh State blog. Throughout the campaign, Elrich repeatedly explained, at times to deaf ears, that he wants to reshape country government to make it more efficient. He understands that this is imperative if only because the county’s current fiscal path is simply unsustainable.

HOGAN A TRUMP CHALLENGER? In a op-ed for the Post, former Weekly Standard editor Steven Hayes writes that the Republican Party needs a candidate to put up against President Donald Trump. “The ideal challenger would be a committed, articulate conservative — maybe a governor, such as Maryland’s Larry Hogan, or a senator, such as Nebraska’s Ben Sasse,” he writes.

SHUTDOWN & MD ECONOMY: The partial shutdown of the federal government could have a noticeable effect on Maryland businesses, effects that may ripple into the state’s economy at large, Tim Curtis of the Daily Record reports. As the shutdown continued into its 21st day Friday, the total effect it has had on Maryland’s economy is unclear, but a continuing closing of much of the federal government could cost hundreds of millions of dollars. 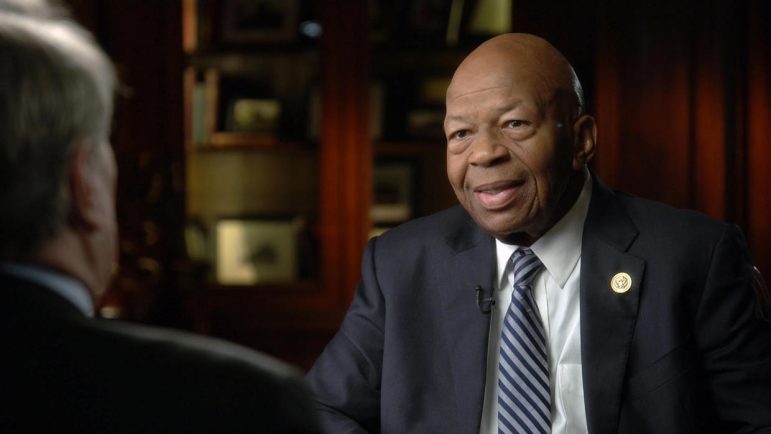 CUMMINGS ON ’60 MINUTES:’ Steve Croft of 60 Minutes on CBS interviews U.S. Rep. Elijah Cummings, a familiar face on Capitol Hill. He is a long time, respected 13-term Maryland congressman who has served on the oversight and reform committee under four different presidents. He is the new chairman of the House oversight committee. It has the constitutional authority to investigate anything it wants, creating serious problems for the Trump administration and making Cummings one of the most powerful people in Washington.