From the cover of the preliminary report.

The Kirwan Commission on Innovation and Excellence spent much of Wednesday afternoon discussing how to hold Maryland schools accountable for the major changes in structure, requirements and programs it will be recommending — and the big increase in funding they will require.

One of the most interesting pieces of testimony the commission heard was from its consultant Marc Tucker, president of the National Center on Education and the Economy. He has provided the framework for massive reform of Maryland’s public school system based on NCEE’s research about top performing schools around the world. Here is a lightly edited transcript of his remarks.

National Center on Education and the Economy 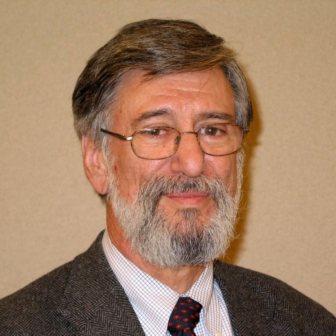 I think Thornton failed to deliver the improvement in student performance that its authors envisioned because no one was held accountable. [Thornton was the massive increase in school aid passed in 2002.]

Thornton envisioned increases in funding totaling about 80% percent in state funding for schools — about $1.1 billion dollars and promised that it would be adjusted for inflation.

So there was a total increase following Thornton of $3.2 billion dollars over that period, a 113% increase in state aid for education. It’s a lot of money. Thornton also required that the MSDE [Maryland State Department of Education] withhold funds from districts that were not implementing Thornton recommendations, but it never did that.

The investment from Thornton led to an improvement in Maryland that was no greater than in the nation as a whole. Maryland still wound up exactly where it began — in the middle of the pack. Maryland now ends up with one of the most expensive state systems in the United States but only average student performance.

Expensive but only average performance

The state Department of Education was not held accountable by the legislature for its failure to hold districts accountable for their performance. So it’s no surprise that an independent evaluator found that the districts had not implemented proven reforms on which the Thornton recommendations were premised. More money was spent, but essentially it was spent on what had already been going on.

I am not pointing fingers. What I have just described is I think the natural result of a very long tradition of the state aiding schools in the conviction that decisions about how to spend the money the state provides in aid are best made at the local level. In that respect, Maryland is no different from almost all other states in the United States.

But I conclude Kirwan will fail if the same mistakes are made again. You will get exactly what you got. So let’s go back to the premises of the current Kirwan Commission work.

The commission was tasked in the first instance with revising school funding formulas and making recommendations to bring Maryland up to global performance standards. That in essence was the charge.

The commission then studied the strategies used by the top performers to get to the top — superior achievement and much greater equity [for students]. That is [the students] are not only performing at much higher levels but the distance between the top tenth and the bottom tenth of kids is much shorter in those countries than it is here. That is something no state in the United States has been able to do.

The commission understands that this cannot be done unless major changes are made in the system we implement the benchmark strategies. It also understands — and this is key — that the data show that once a country or a state invests $50,000 in students over their entire time in school, above that, how that money is spent is more important than how much is spent.

How the money is spent

I conclude two things from this. First it’s essential that beyond a certain funding level, money should go to districts and schools only if that district and that school is implementing the strategies that the top performing countries have used to create their high performing systems. {See below for those strategies}

They need a system that is designed on the same principles as the top performing systems are designed. And if they’re not doing that, they should not get the additional money because what the commission spent a year doing was discovering that there are a set of principles that underlie the design of the high performing systems and those principles are nearly universal. They’re the same in Asia as they are in Europe. The same in Australia as they are in Canada — and you don’t find them here in the United States.

This is to say that I am exactly where former Superintendent Nancy Grasmick is. [She testified before Tucker.} If you are going to get fundamental changes in the design of the whole system here — not just the part for which the State Department of Education is responsible but the entire system (including the local boards), you will need to have, as she said, a small group of people who are dedicated to nothing but and have the authority to make it happen — in collaboration with the state agencies that are entrusted with the implementation.

It is largely responsible for the situation that was described earlier in which applications to schools of education are plummeting, very good teachers are leaving, and we have a profession that nobody wants to get into. That cannot continue without the implosion of the American school system.

The fundamental drift of what the commission has done over this last year and a half, it seems to me, has come to an agreement that what is needed to reverse that is what the top performers have dedicated themselves to:

It’s not a complicated formula but it’s utterly different from what we have been mostly doing in the United States especially since test-based teacher accountability was first introduced. The commission it seems to me has fundamentally adopted the perspective of the top performing systems, building on a strong vision of teacher professionalism.

If you look as sociologists do at the high status profession, what I see is a recurring factor and it’s really important.

You do see the people doing the work report to people who are higher in the hierarchy and they are. That is what you see in schools but it’s very different. Along with that, what you see is a much more important form of accountability among the people to each other.

Accountable to each other

The whole drift of the commission’s work has been in effect not only to improve teachers pay but to change the place in which they’re working so that they work like the people in medical practice are working, in architectural firms, in accounting firms, in law firms. They work as a team.

Test-based accountability destroys what I just described. It’s antithetical to that idea. And yet if you look what it actually means to be a high status professional in this country or any other what I just said is central to the idea of being a profession.

I’m saying this because I think the conclusions that I have drawn and I think many others around the table back — that Kirwan will not succeed and be any better than its predecessor unless there is a strong oversight body to make sure it will succeed. But it’s not the only idea of accountability on the table.

If you look at what the commission has done there are many pieces of accountability. It seems to me this idea of mutual accountability — of people working together in this school toward a common end totally dependent on each other. And by the way, it’s a vision in which because they work together all the time they know how well each other is doing. They are in the best position to make a judgment — not the worst — about who is doing well and who isn’t.

What you want to see in a really good professional service firm is that the workers are the owners and they’re also the managers. You don’t see this division between the people who do the work and people who make decisions that you see at schools.

Everybody’s in it together. That form of accountability is very powerful. I believe that is really what the commission is putting on the table.

From previous story on MarylandReporter.com

Nine Building Blocks: What it will take for Maryland to compete

Here are the nine building blocks recommended by the National Center for Education and the Economy, with a link to Tucker’s initial presentation spelling out “What It Will Take For Maryland To Compete With The Best Education Systems in the World.”