THE DEBATE IS ON: It turns out Monday’s debate between Gov. Larry Hogan (R) and former NAACP President Ben Jealous (D) won’t be competing for attention with Senate Judiciary Committee hearings featuring Christine Blasey Ford and Judge Brett M. Kavanaugh after all, writes Josh Kurtz in Maryland Matters. That’s good news for Jealous. After a summer of being buried under an avalanche of negative ads, he needs all the exposure he can get. But how many people will be tuning in? How much excitement is the gubernatorial race – and the lone debate of the general election – generating?

COMMENT ON THE DEBATE: MarylandReporter.com would love to run your comment on the debate — civil, rational, not simply campaign rhetoric or partisan bilge. Send you comments to Len@MarylandReporter.com by 11 p.m. Monday. No more than 250 words. Thanks.

APPLE SYMBOL SUIT & HOGAN’s ED POLICIES: A lawsuit over an apple symbol and a $1 million advertising proposal are putting Gov. Larry Hogan’s (R) record on education policies front-and-center in the gubernatorial race. On Friday, a political action committee called Maryland Together We Rise unveiled a television ad in support of Democratic nominee Ben Jealous and said it plans to spend at least $1 million on ads through Election Day. The ad slated to air on Baltimore channels for the first time Friday ties Hogan’s education policies to President Trump and U.S. Education Secretary Betsy DeVos, Danielle Gaines writes in Maryland Matters.

SEN. GILLIBRAND ENDORSES JEALOUS: Sen. Kirsten Gillibrand of New York came to Baltimore on Friday and endorsed Ben Jealous — the latest national figure to back the Democratic candidate for governor, Luke Broadwater of the Sun reports. Gillibrand joined Jealous at campaign events, including a round-table discussion in West Baltimore, to talk about improving entrepreneurship among women and closing the gender pay gap.

JEALOUS DEM SUPPORT WEAK AT HOME: Michael Dresser and Pamela Wood of the Sun report that Democratic gubernatorial nominee Ben Jealous is a rock star in national progressive circles. Bernie Sanders has visited Maryland twice to deliver his blessing. Other prominent senators, including Cory Booker and Kirsten Gillibrand, also have come to praise Jealous. And Jealous raises money across the country that other Maryland candidates can only dream of. But at home, Jealous is showing weakness with a key constituency: Maryland Democratic officials.

O’MALLEY BACKERS BACK HOGAN: Hundreds of donors who contributed to Democrat Martin O’Malley between 2007 and 2011 are financially backing Republican Larry Hogan as he seeks a second term as Maryland’s governor, according to a Capital News Service analysis of campaign finance records, written by Chris Cioffi.

JEALOUS: CABINET WOULD BE 50% WOMEN: Ovetta Wiggins of the Post reports that Democratic gubernatorial nominee Ben Jealous on Friday pledged, if elected, to appoint women to at least 50% of the positions in his cabinet, and he criticized Gov. Larry Hogan (R) for having a cabinet that does not reflect the state’s diversity. “I’m fully committed to making sure that my cabinet is at least half women and it reflects the racial diversity of the state and the faith diversity of the state,” Jealous said at an event in Baltimore promoting his plan to close the gender pay gap and to increase the number of female-owned businesses. Six women are in Hogan’s 23-member cabinet.

JEALOUS’, HOGAN’s DUELING VISIONS: With polls showing that most Marylanders think the state is on the right path, the governor’s approach stands in marked contrast to the campaign of Democratic challenger Ben Jealous. Among other things, Jealous envisions a state that pioneers a new way to deliver health care, a 25% boost in annual education spending, a statewide $15 minimum wage, a new tax on the wealthy and a recreational marijuana industry — not to mention reducing the state’s prison population by about a third, Erin Cox of the Sun reports.

HOGAN LAUNCHES NEW ADS: Gov. Larry Hogan will launch the third million-dollar ad buy of his reelection campaign Monday with a family-centered spot highlighting his record on issues important to women. The ad features one of the most effective surrogates from Hogan’s upset win four years ago — his wife’s daughter, Jaymi Sterling, Erin Cox writes in the Post.

NRA SNUBS HOGAN: The National Rifle Association said Saturday that it was downgrading Republican Gov. Larry Hogan’s ranking and refusing to endorse him — after he signed several pieces of gun control legislation. Jennifer Baker, a spokeswoman for the NRA, said the organization now rates Hogan a “C” grade on protecting the rights of gun owners. Four years ago, it rated Hogan as an “A-.” Rival Ben Jealous has received an “F.”

JEALOUS’s EASY PRIMARY, TOUGH GENERAL: In a commentary for Maryland Matters, Frank DeFilippo opines that one among many old sayings in politics is this time-tested cautionary note: If you’re going to have a tough general election, you’d better have a tough primary. Ben Jealous had an easy ride. He won 22 jurisdictions. And he, like many tyro candidates, never learned the difference between a primary and a general election.

GRUMBLES ATTENDS CLIMATE SUMMIT: Maryland Environment Secretary Ben Grumbles may not have worn flowers in his hair when he traveled to San Francisco last week, but he did engage in intense and meaningful discussions with fellow officials, business leaders and environmental activists about how to combat climate change. Grumbles attended the first-of-its-kind climate summit of state leaders and other stakeholders, convened by California Gov. Jerry Brown (D) as an extension of international climate talks held annually by the U.N., Josh Kurtz of Maryland Matter writes.

DISGRACEFUL WHISPER CAMPAIGN: In a column for the Sun, Rushern Baker and Krish Vignarajah opine that even as the Democratic Party nationally unites to flip seats red-to-blue in order to win back Congress, local Democratic insiders have reportedly begun a whisper campaign about congressional candidate David Trone’s recent diagnosis and treatment for cancer. This is shameful. It’s also stupid. For anyone wondering why candidates hesitate to divulge the details of a medical illness, look no further than the detractors within the party who pounced the moment Mr. Trone acknowledged his condition.

LIBERTARIAN FOR CONGRESS: A year ago, David Lashar was a high-ranking bureaucrat at the Maryland Department of Health, a faceless if important cog in the Hogan administration who has also worked in the tech sector and on Capitol Hill. But on this night, Lashar is the center of attention, with a nationally known political maverick on hand to endorse his most audacious career move. Josh Kurtz of Maryland Matters writes that he is now the Libertarian candidate for Congress in Maryland’s 3rd Congressional District, running against six-term Rep. John P. Sarbanes (D) and Republican Charles Anthony, an Army veteran who has been all but invisible.

TRUMP, FROSH & WOLF: The Maryland attorney general’s race has become a referendum on the anti-Trump resistance: Democratic incumbent Brian E. Frosh touts his success suing the administration over issues including the president’s travel ban and his rollback of environmental regulations, while Republican challenger Craig Wolf says such lawsuits are a waste of tax dollars and outside Frosh’s job description, reports Rachel Chason of the Post.

SEX ASSAULT AT UMBC: A federal lawsuit alleging that Baltimore County police mishandled rape cases has drawn questions from an advocate who conducted an independent review that recommended changes to the way such incidents are investigated, Jessica Anderson and Catherine Rentz of the Sun report. Lisae C. Jordan, director of the Maryland Coalition Against Sexual Assault, said the lawsuit filed by two former University of Maryland, Baltimore County students raises “extremely serious concerns.” The women allege that authorities humiliated, intimidated and deceived them as part of an intentional effort to “cover up justifiable complaints of sexual assault.”

FROSH PROBING CATHOLIC ABUSE IN MD: A notice on the webpage of Maryland Attorney General Brian Frosh suggests that state authorities are conducting an investigation similar to one in Pennsylvania that found decades of child sex abuse by Roman Catholic clergy and cover-ups by church leaders, Michael Dresser of the Sun reports. Following standard practice, the attorney general’s office declined to confirm or deny that an investigation is under way. But a spokeswoman said the notice inviting victims to report offenses “associated with a school or place of worship” has been on the website for about a month.

KITTLEMAN LEADS BALL: Republican Howard County Executive Allan Kittleman holds a wide lead over his Democratic challenger, County Councilmember Calvin Ball, 53% to 37%, according to an independent media poll taken last week by Mason-Dixon Polling and Strategy. The poll found the incumbent has “overwhelming support” among Republicans (90%-6%), a wide lead among independents (55%-29%), and “strong crossover appeal” among Democrats, picking up a third of likely Democratic voters, Len Lazarick of MarylandReporter reports.

BEER & WINE SALES AT GROCERIES: The editorial board for the Frederick News Post opines that, “It is not surprising that local beer and wine stores are opposed to changing the law to allow supermarkets to sell beer and wine. It would be harmful to their business, and all businesses must be fiercely protective of their bottom line. But that does not necessarily make it a bad idea.”

AFZALI’S SINISTER PAST: Del. Kathy Afzali, a Republican running for Frederick County executive, called the Facebook posting her “Dark and Sinister Past.” But her past as a professional dancer in New York was well known, but who knew she was in a McDonald’s TV ad, hoofing it as a fish-fillet sandwich. Always a little too heavy on the tartar sauce. 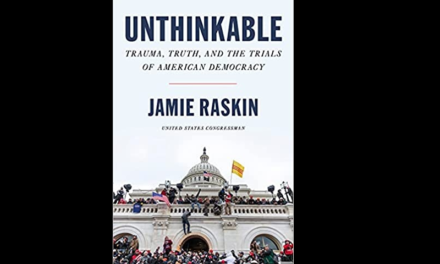