VIGNARAJAH SUED OVER RESIDENCY: A Baltimore County man sued Democratic gubernatorial primary candidate Krishanti Vignarajah this week, asking a judge to declare her ineligible to run for governor and remove her name from the June 26 primary ballots. Douglas Horn alleges in the lawsuit that time Vignarajah spent living and voting in Washington, D.C., disqualifies her because Maryland requires that its governor be a resident of the state for five years before the election, Steve Thompson of the Post reports.

O’MALLEY BACKS BAKER: Former Gov. Martin O’Malley endorsed Rushern Baker for the Democratic nomination for Maryland governor Thursday at a news conference outside the State House in Annapolis. The Democratic former governor urged his fellow party members to choose the Prince George’s County executive to challenge Republican Gov. Larry Hogan in November. The former Baltimore mayor praised Baker as being “a leader in tough times” for taking over the the state’s second largest county after a recession, writes Michael Dresser for the Sun.

RUSHERN BAKER PROFILED: In this Post profile of Rushern Baker, Arelis Hernandez highlights the successes and failures of the Prince George’s County exec’s political career, and why many people believe he will be the right candidate to go up against incumbent Gov. Larry Hogan. However, others say he just isn’t igniting the electorate.

MADALENO’s LONG RESUME COULD HINDER: In this Post profile of gubernatorial candidate and state Sen. Richard Madaleno, Steve Thompson writes that on paper, he’s a star applicant for the job, with a long and distinguished résumé: 15 years as a Maryland legislator; expert knowledge of the budget; lead roles in creating some of the state’s highest-profile laws. Yet in the crowded race to become Maryland’s Democratic gubernatorial nominee, Madaleno’s strengths are also his weakness. He offers political experience when voters across the country are embracing non-politicians. He’s an insider when many are looking for outsiders.

IN UNUSUAL MOVE, UNION BACKS HOGAN: The United Association of Plumbers and Pipefitters on Thursday endorsed Gov. Larry Hogan’s bid for reelection, the first time the labor group has backed a Republican gubernatorial candidate in Maryland, writes Rachel Chason for the Post. The 345,000-member union, which is based in Annapolis and has nearly 7,000 members in the state, generally supports Democrats — including Barack Obama and Hillary Clinton in their respective presidential campaigns.

ELECTIONS & THE NON-POLITICAL OFFICES: Glynis Kazanjian of MarylandReporter explores the elective administrative offices of sheriff, clerk of the court and register of wills and looks at whether these positions are more or less political because the office holder has to stand before the voter every four years.

ON VICKI ALMOND: Vicki Almond has had an inside view of Baltimore County government over the past eight years as a county councilwoman. She’s convinced she can make it better, Pamela Wood writes in the Sun profile. “I’ve had this time to really look at things and say: What would I do differently? Or, how would I do this? How would I handle that?” Almond says. She’s vying for a chance to answer those questions — and become the first woman ever to serve as Baltimore County executive.

ON JIM BROCHIN: Jim Brochin has spent 16 years representing Baltimore County in the Maryland Senate, but he says he’s increasingly frustrated that he can’t fix problems he sees in his own backyard: housing developments sprawling across open space, overcrowded schools, developers with too much political influence. “It’s a culture, and somebody has to say, ‘No. It’s enough,’” Brochin says. “There was only so much I could do as a state senator.” So the 54-year-old Cockeysville resident is asking voters to give him a new job: Baltimore County executive, the Sun’s Pamela Wood writes.

ON JOHNNY OLSZEWSKI JR.: Four years ago, Johnny Olszewski Jr. was swept out of politics by a Republican wave that sent Gov. Larry Hogan to the State House and turned southeastern Baltimore County from a Democratic stronghold into Republican territory. Now the former state delegate is aiming for a bigger prize, branding himself as a progressive leader in his bid to become the next Baltimore County executive, Pamela Wood of the Sun reports.

MAGLEV FIGHT IN PG: Angela D. Alsobrooks on Wednesday aimed a bullet(train) directly at the heart of her leading opponent in the Democratic primary for Prince George’s County executive, Donna F. Edwards. But Edwards appeared to be ready for the attack and may have even worn the political equivalent of bullet-proof armor, Josh Kurtz of Maryland Matters reports.

BERLINER GETS HEAT FOR AD, TO CHANGE IT: Montgomery County executive candidate Roger Berliner has altered his campaign ad that previously showed the face of David Blair, one of his opponents, morphing into that of President Donald Trump. In the revised version, the morphing has been removed and Trump’s face only appears at the beginning of the ad, Andrew Metcalf writes in the Bethesda Beat.

BEYER ATTACKS WALDSTREICHER: Dana Beyer, one of three candidates seeking the Democratic nomination for the District 18 state Senate seat, is criticizing her opponent, Del. Jeff Waldstreicher (D-Kensington), for failing to hold meetings of the House Special Committee on Drug and Alcohol Abuse that he chairs. Waldstreicher has chaired the special committee since 2011. Beyer said in a statement that Waldstreicher has put his chairmanship of the special committee on his campaign website, despite appearing to do little work for it, reports Andrew Metcalf in Bethesda Beat.

MO CO HOUSE HOPEFULS SPAR OVER LIQUOR SYSTEM: For the second time in less than a week, Democratic candidates for the House of Delegates in one of Montgomery County’s eight legislative districts expressed divided opinions over the future of the county’s public liquor control system —a matter over which the Maryland General Assembly has the ultimate say. The latest comments, coming late Tuesday during a delegate forum, Louis Peck reports in Bethesda Beat.

McCRAY PULLS AHEAD OF McFADDEN: The poll sample size is relatively small, and the margin of error is relatively high. But there’s no mistaking the trend: Del. Cory McCray is pulling ahead of state Senate President Pro Tem Nathaniel McFadden in the Democratic primary for Senate in Baltimore City’s 45th District, writes Josh Kurtz in Maryland Matters.

ENDORSEMENTS HERE & THERE: Maryland Matters’ Political Notebook offers up a list of the latest endorsements in a number of races.

CITY STATE’S ATTORNEY DEBATE: The two challengers for Baltimore state’s attorney attacked incumbent Marilyn J. Mosby Thursday during the first debate to feature all three candidates, blaming her for the escalating violence that has gripped the city throughout her first term, Tim Prudente and Luke Broadwater of the Sun report. Defense attorney Ivan Bates and former Maryland deputy attorney general Thiru Vignarajah also accused Mosby of “rushing” the prosecution of the six officers charged — but not convicted — in 2015 arrest and death of Freddie Gray. They said she had destroyed the relationship between prosecutors and police. The story is topped by a 4-minute video excerpt of the debate.

BA CO ED BOARD GIVE WHITE ANOTHER YEAR: The Baltimore County school board voted 8-4 Thursday to continue Verletta White as Baltimore County superintendent until June 2019 — after months of back and forth on the issue, Liz Bowie reports in the Sun. White, a former chief academic officer, was not in the room during the meeting and did not issue a statement.

OBAMA NOMINEE, NOW TRUMP NOMINEE: Magistrate Judge Stephanie Gallagher — originally an Obama administration nominee — was nominated Thursday by President Donald Trump to fill a U.S. District Court vacancy in Maryland’s Northern Division in Baltimore. It is Gallagher’s second time being named to replace Judge William D. Quarles, who announced his retirement in 2016. Her original nomination was approved by the Senate Judiciary Committee that year but was never acted on by the full, Republican-controlled Senate, Jeff Barker writes in the Sun.

OYSTERS UNIFY WATERMEN, ENVIROS: The Bay Journal’s Tim Wheeler, in an article in Maryland Reporter, writes that oysters have been a source of conflict in the Chesapeake Bay for 150 years. While they haven’t provoked any gunfire lately, as they did in the late 1800s, the bivalves still spark heated debates in Maryland over how best to replenish their depleted numbers. But after two years of meeting behind closed doors, some of the people who’ve been lobbing verbal grenades at each other — watermen and environmentalists — have buried enough of their differences to agree on a wide-ranging set of recommendations for restoring oysters in a pair of Eastern Shore rivers while also aiding the industry that depends on harvesting them.

MD CHALLENGE EPA OVER AIR POLLUTION: Maryland environmental officials say they are mounting a challenge — including a potential lawsuit — to fight the Environmental Protection Agency’s decision not to force power plants from Pennsylvania to Indiana to tighten pollution controls. Maryland Environment Secretary Ben Grumbles said Thursday that state officials will counter the denial at a public hearing scheduled for June 22 in Washington. But he’s not waiting until then to voice his frustration, Scott Dance of the Sun reports.

CASINO REVENUES HIT RECORD: Maryland casinos set a new revenue record in May, just two months after March’s record-breaking numbers. The state’s six casinos cumulatively brought in nearly $156.6 million last month, according to figures from Maryland Lottery and Gaming, eclipsing the March record of almost $150.1 million. For the first time since MGM National Harbor opened in December 2016, each casino also recorded a year-over-year increase in revenue. Prior to MGM’s opening, the last time the other five casinos all saw an increase was in April 2016, Amanda Yeager reports for the Baltimore Business Journal. 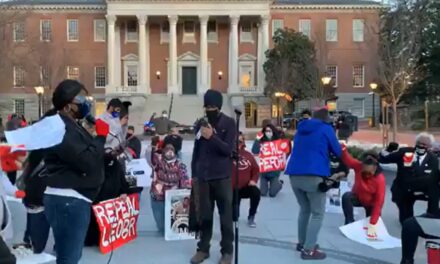 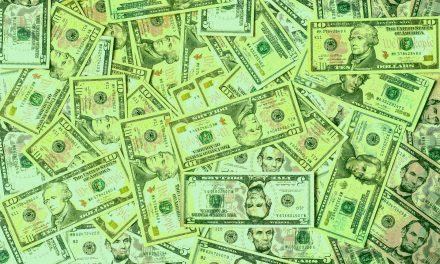