Oysters have been a source of conflict in the Chesapeake Bay for 150 years. While they haven’t provoked any gunfire lately, as they did in the late 1800s, the bivalves still spark heated debates in Maryland over how best to replenish their depleted numbers.

But after two years of meeting behind closed doors, some of the people who’ve been lobbing verbal grenades at each other — watermen and environmentalists — have buried enough of their differences to agree on a wide-ranging set of recommendations for restoring oysters in a pair of Eastern Shore rivers while also aiding the industry that depends on harvesting them.

That’s the outcome of OysterFutures, a $2 million research project aimed at forging consensus on how to achieve both a thriving oyster fishery and ecosystem in the Choptank and Little Choptank rivers.

Working with professional facilitators and a sophisticated computer model to evaluate the effects of various potential policies, a group of 16 stakeholders mapped out a vision that includes hot-button proposals for all sides. And reportedly no fists were shaken, no voices even raised.

“There’s a lot of compromise, and there’s win-win in it for everyone,” said Elizabeth North, an associate professor with the University of Maryland Center for Environmental Science who spearheaded the effort. “I think it’s a very hopeful message for Maryland.”

The Choptank and Little Choptank rivers have been the focus of sparring the last few years over the costs, methods and consequences of large-scale efforts to restore oysters for their ecological rather than economic value. As OysterFutures got under way in early 2016, watermen succeeded in holding up a federally funded restoration project in the Tred Avon River, a Choptank tributary, because of their objections to the use of granite to build reefs. That hold has since been lifted.

Watermen have complained that too little is being done to support their livelihood and too much spent on restoration projects they consider a waste of money, though surveys so far show the oysters planted are thriving. Meanwhile, environmentalists have warned that opening up the state’s oyster sanctuaries to harvest, as watermen want, could undermine any hopes of restoring the Bay’s oysters, which are now at an estimated 1 or 2 percent of historic levels.

Amid such debate, the OysterFutures recommendations read almost like a joint communiqué issued after an international summit of rival nations.

The group calls for stepping up enforcement against poachers, limiting entry into the fishery and opening at least one oyster sanctuary to a rotational harvest. The stakeholders — mostly watermen and industry representatives, but also environmentalists and state fishery officials — pressed as well for continued restoration work in the rivers’ oyster sanctuaries without mentioning the use of granite, while recommending more money and oyster shells to replenish reefs open to harvest.

Underwritten by a National Science Foundation grant, the project enlisted the services of staff trained in dispute resolution from a “consensus center” based at Florida State University. The center has been successful in helping Florida groups reach agreement on development and fishery management policies, North noted.

Under terms laid out at the beginning of the process, any resulting recommendations had to be supported by at least 12 of the 16 members. And the discussions, which took place on nine weekends, were closed to the press, on the theory that it would allow participants to speak more frankly.

Researchers from UMCES and the Virginia Institute of Marine Science participated in the discussions as consultants. Led by Michael Wilberg, another UMCES associate professor, the scientists developed a computer model simulating the two rivers, including more than 1,100 separate “habitat patches” for oysters.

“We made forecasts using the simulation model for more than 100 potential policy options,” Wilberg said, to see how recommendations by group members could affect both the oyster population and the harvest. Increasing the adult oyster abundance in the two rivers by 250 million, for instance, could yield an increased harvest of 75,000 bushels a year, the modeling suggested.

Likewise, spending $600,000 per year on planting oyster shells and hatchery-reared juvenile spat could result in a $2 million boost in harvest income, the model indicated. The increased abundance of oysters could also save Dorchester and Talbot counties significant sums they might otherwise have to spend to reduce nitrogen pollution in the rivers, because oysters consume water-fouling nitrogen as food.

One consistent message from the model runs is that progress takes time and money; “There is no quick fix for oyster recovery,’’ the group’s report concludes.

For most options, the model indicates noticeable results from restoration work only after 10 years of consistent investment and effort, with significant benefits in approximately 25 years.

In terms of dispute resolution and policy development, “the process seemed to work,” said Jeff Harrison, president of a Talbot County watermen’s group. He acknowledged that the group’s recommendations included some that watermen might question, even oppose, such as limiting entry into the fishery and increasing fees and taxes on the fishery to pay for replenishment efforts. But he said when taken together with other proposals, and if done right, it could help stabilize the industry.

The same was true for environmentalists, who were outvoted on some proposals, notably the recommendation to open one of the state’s oyster sanctuaries for harvest every few years.

“This was a compromise exercise,” said Allison Colden, senior Maryland fisheries scientist with the Chesapeake Bay Foundation. “They say if everybody comes away a little disappointed you must be doing something right.”

Colden said while she supports the overall package of recommendations, the Annapolis-based foundation will not abandon its position of prohibiting harvests from oyster sanctuaries until or unless there’s scientific data to support it.  The foundation and other environmentalists successfully lobbied the General Assembly in 2017 to block such harvests, requiring the DNR first to complete a scientific assessment of Maryland’s oyster stock.

If stakeholders disavow the recommendations they disagree with, it’s not clear if the hard-won consensus can hold.

“I think it shows there’s a different way of doing these things, these difficult tasks,” he said at a May 14 meeting of the DNR Oyster Advisory Commission, at which North reported the OysterFutures results.

But Boesch cautioned that “the devil’s in the details.” He pointed out that the group’s recommendations call for more funding and more oyster shells to replenish reefs, but they didn’t say where those resources should come from.

The CBF’s Colden said she believes the process used in OysterFutures — a facilitated discussion backed up with scientific data from computer models — could be useful in resolving other knotty environmental issues, such as the development of an oyster fishery management plan next year, once the stock assessment is complete.

North said there isn’t the same degree of up-to-date information on the condition of oyster reefs in the rest of the Bay as there is in the Choptank and Little Choptank. But she’s eager to try it again. “Could this work? The answer to me is a resounding yes.” 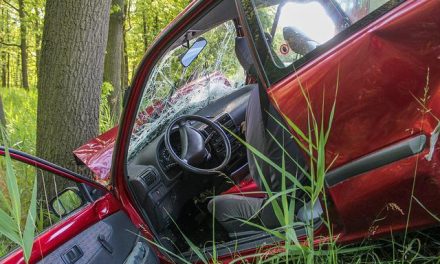