ERVIN SAYS JEALOUS TRIED TO THWART HER: In an interview recorded this past Sunday, Valerie Ervin revealed that former NAACP President Ben Jealous – one of Ervin’s Democratic rivals in the race to replace Larry Hogan as Maryland’s governor – and his campaign manager, Travis Tazelaar, attempted to thwart Ervin from joining a gubernatorial ticket with the late Baltimore County Executive Kevin Kamenetz, Ryan Miner of A Miner Detail blog reports. You can listen to that interview here.

ON VALERIE ERVIN: Pamela Wood of the Sun profiles Valerie Ervin in the last of a series of articles on the Democratic gubernatorial candidates. Three months ago, Wood writes, Ervin was happily out of the political game in Maryland, working for a national organization that promotes progressive policies such as a higher minimum wage and paid sick leave. Now she’s running for governor.

BAKER’s CAMPAIGN QUESTIONED: This should be a good year for Maryland Democrats to try to topple popular Republican Gov. Larry Hogan. They outnumber Republicans 2 to 1 in the state, and the party expects to benefit from a nationwide “blue wave” of voters energized by opposition to President Trump. But, Robert McCartney of the Post reports, the candidate backed by most of the state Democratic establishment — Prince George’s County Executive Rushern L. Baker III — is running a lackluster primary campaign, analysts say. He has struggled to raise money and has relatively little cash on hand a month before the primary, according to reports filed this week.

HOGAN ON THE ATTACK: To outward appearances, Gov. Larry Hogan has been taking the 2018 campaign easy. While the seven Democrats running for governor are fighting to raise money and grab attention — regularly attacking Hogan in the process — the popular Republican governor has been enjoying the luxury of a primary campaign without a challenger and appears to be paying them little mind. But behind the scenes, he’s been planning an expensive counter offensive, Erin Cox of the Sun writes.

HOGAN VETOES 3 ED BILLS: Gov. Larry Hogan vetoed three education bills Thursday, including a measure that would expand the state Board of Education to include two teachers and a parent, Ovetta Wiggins of the Post reports. Hogan (R) said that the bill was a “crude attempt” to diminish the authority of the state Board of Education by “packing it with appointees that represent the interest of lobbyists,” and that another was an effort to make it more difficult for the state Department of Education to remove “high-level employees who are ineffectual, incompetent and who simply aren’t getting the job done.”

KASEMEYER ENDORSES SIGATY: Retiring Sen. Ed Kasemeyer, the seven-term veteran who chairs the Budget & Taxation Committee, endorsed Howard County Councilmember Mary Kay Sigaty to replace him in District 12 that includes liberal West Columbia and the more moderate southwest Baltimore County. Baltimore County Councilman Tom Quirk and former Del. Jimmy Malone also endorsed her in the Democratic primary at the Arbutus Town Hall Thursday night. Del. Clarence Lam is also seeking the seat, and he has been endorsed by the teachers union and other progressive groups. Kasemeyer had been running for re-election on a slate with Lam until the senator decided to retire in February. MarylandReporter.com

WAVE OF YOUNGER CANDIDATES TARGET STATE SENATORS: A wave of younger candidates, which swept over the Baltimore City Council two years ago, is now taking aim at the city’s incumbent state senators facing Democratic primary challenges next month. In several competitive state senate races in Baltimore, some younger challengers are leading incumbents in fundraising — some dramatically so — with about a month to go before the June 26 Democratic primary, according to campaign finance reports filed this week, Luke Broadwater of the Sun reports 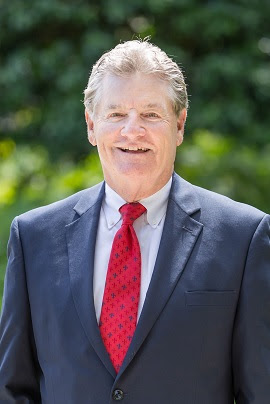 MOHLER NAMED TO SUB FOR KAMENETZ: Don Mohler, a former school teacher, principal and veteran of county government, was named Thursday as the next Baltimore County executive, Pamela Wood of the Sun reports. Mohler, 67, was appointed unanimously by the County Council to complete the remaining term of Kevin Kamenetz, who died two weeks ago after suffering cardiac arrest.

McDONOUGH FILES ETHICS COMPLAINT AGAINST REDMER: Del. Pat McDonough says he has filed an ethics complaint against state Insurance Commissioner Al Redmer Jr., his opponent in the Republican primary race for Baltimore County executive. In a letter to the Maryland State Ethics Commission, McDonough alleged that Redmer has campaigned on state time and sought “votes or financial support from businesses” that have relationships with the insurance commission and other state agencies, Alison Knezevich reports in the Sun.

METRO MEMBERS BARRED: Nonvoting Metro board members were barred from participation in Thursday’s meeting, the first time alternates have been sidelined as part of restrictions tied to Virginia’s commitment to provide its share of dedicated funding for the agency. The Metro board has 16 members — two voting and two alternate members each from Maryland, Virginia, the District and the federal government, Faiz Siddiqui and Martine Powers of the Post report.