In Alan Bowser’s run for Montgomery County Clerk of the Court, he is running on a platform of transparency and accountability, but incumbent clerk Barbara Meiklejohn says her opponent is being dishonest about the endorsements he claims. 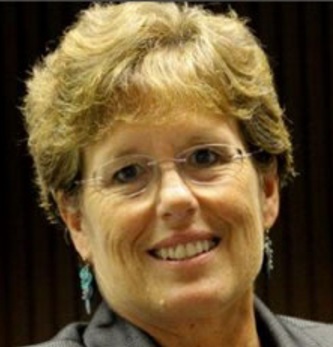 “Alan Bowser has some endorsements, but he puts people down that don’t really endorse him,” Meiklejohn said of Bowser’s campaign website. “Some will say, ‘Sure Alan, I’ll support you in your bid for election,’ but they don’t endorse him, which is entirely different from supporting him. . . He is being dishonest.”

Based on responses from some of the supporters on his list, it seems Bowser has indeed overstated support in some cases. The discrepancy reveals a murky line between the definition of support and endorse sometimes used in political races.

Bowser lists hundreds of names of people as “supporters” on his campaign website, including elected officials and candidates. A header above the list of names reads:  “Our Supporters – For the 2018 campaign for Clerk of the Montgomery County Circuit Court, I am proud to have the support of —.”

County Executive Ike Leggett’s endorsement is highlighted on the same page, and his spokesman confirms Leggett has endorsed Bowser. Other elected officials are listed, but say they have not endorsed Bowser.

“Alan has been saying I’m a supporter,” said Montgomery County Councilmember Craig Rice, whose name appears on the list. “I support anybody who wants to run for office, but I have endorsed Barbara and the entire court house team — to be very clear.”

County Councilmember Marc Elrich, a candidate for county executive, said “I supported him running for the office,” but declined to call it an endorsement.

The clerk of the circuit court position in Montgomery is an elective position with a four-year term. The job is largely administrative and pays CORRECTION $114,500. The clerk is responsible for maintaining and distributing court records, issuing writs, administering oaths to officials, establishing procedures with other agencies and issuing business and marriage licenses. The clerk has a staff of 185 employees.

Sen. Roger Manno, running for Congress in Maryland’s 6th Congressional District, is also on Bowser’s list. He says he has not endorsed Bowser.

“Unless I give it in writing, I’m not releasing it,” Manno said of an endorsement. “I love Alan, but I don’t think we’ve formalized anything.”

“Alan’s deep expertise, his commitment to public service, and his passion for our community is what we need in a Clerk of the Court,” Rubin said.

But some County Council At-Large candidates whose names and photos appear on an April 7 press release announcing “supporters” on Bowser’s website say not so fast.

“I am supportive of his run,” Montgomery County Board of Education member Jill Ortman-Fouse said. “He is a wonderfully dedicated and driven neighbor, but I’m not endorsing anyone in any race.”

Rosemary Arkoian said she was shocked to learn her name and picture had been included in a list of supporters.

“I don’t believe I’ve ever said I would endorse him,” Arkoian said. “Ironically I went to something for Meiklejohn recently. I really haven’t one hundred percent decided who I will be backing. I don’t remember him ever asking me.”

District 18 House of Delegates candidate Mila Johns is also listed as a supporter.

“While I consider Alan a friend and wholeheartedly support his run for office, I honestly do not know enough about the issues in the race and each candidate’s positions to issue an endorsement,” Johns said.

In a written response, Bowser said he stands by his lists of supporters.

“I wholeheartedly stand by the list of supporters identified on the campaign website, www.alanbowser.net,” Bowser wrote. “I either spoke to each individual or received written approval to list their names as “supporters”. I have not used the word “endorsement,” except in the case of the County Executive. I would never intentionally misrepresent any information presented to the public. I do not think my website is misleading in any way. Ms. Meiklejohn’s charges are petty and simply wrong.”

Below are some additional responses to Maryland Reporter’s inquiries.

“While I am not making formal endorsements for any candidates at this time, I support Alan’s run for office,” Brandy Brooks, County Council At-Large candidate.

“I support Alan Bowser’s run for office,” said Michele Riley, County Council At-Large candidate. “His long record of involvement with the Montgomery County Civic Federation demonstrates his commitment to the citizens and communities of Montgomery County.”

“I confirmed in writing to Alan Bowser, in response to a July 27, 2017 request from him, that I support him,” Seth Grimes, County Council At-Large candidate.