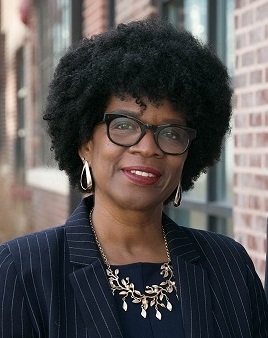 ERVIN WILL RUN: Democrat Valerie Ervin is running for Maryland governor in place of her former running mate, Kevin Kamenetz, who died suddenly last week write Pamela Wood and Erin Cox in the Sun, Ervin’s unusual entry into the campaign less than six weeks before the June 26 Democratic primary maintains a crowded field of seven major candidates with no clear front-runner. Ervin faces significant obstacles to gain traction with no time to spare.

WHOLE DEM FIELD TO DEBATE: Nine candidates vying to be Maryland’s Democratic nominee for governor will have a few minutes each to distinguish themselves in four upcoming televised debates, writes Steve Thompson in the Post. The candidates agreed the entire field should be invited, including several candidates who have money in the bank and full-fledged campaign operations but are polling in the low single digits and two who have raised almost no money and have lottery-like odds of winning.

DEM FIELD AGREES – MORE TRANSIT: Democrats vying for a chance to try to unseat Gov. Larry Hogan say they would expand transit options more than Hogan has, though none specified how they would pay for it beyond reprioritizing state tax revenue, writes Katherine Shaver in the Post. Disagreeing on whether they would consider building express toll lanes on the Capital Beltway, they are united in wanting to revive the Red Line light-rail project in Baltimore that Hogan jettisoned, and they say the state must do more to relieve traffic congestion in Montgomery and Prince George’s County which is some of the worst in the country.

JEALOUS WON’T PLAY IT SAFE: If Ben Jealous is not elected governor of Maryland, it won’t be because he played it safe, writes Michael Dresser in a candidate profile in the Sun, Consider: Jealous wants to make Maryland the first state to adopt its own single-payer health care system. He wants to reduce the state’s prison population by 30%. He wants tuition-free education at its public colleges and universities. And that’s just to start.

PUBLIC GETS SAY IN KAMENETZ REPLACEMENT: In a reversal from plans stated earlier this week, Baltimore County Council Chairman Julian Jones said Thursday the council will seek the public’s help as it decides who should replace County Executive Kevin Kamenetz, who died suddenly on May 10 writes Pamela Wood in the Sun. The council will hold a meeting at 7:30 p.m. Tuesday to gather input from county residents, and is also encouraging people to email their thoughts to countycouncil@baltimorecountymd.gov between now and the close of business Monday.

RESTORING ST. MARY’S OYSTERS: As in so many other places around the Chesapeake Bay, oysters are now scarce in Breton Bay, a short, relatively wide tributary of the Potomac River that zigzags south like a question mark from Leonardtown in St. Mary’s County. But the bivalves may return to this picturesque and comparatively remote estuary if a proposal by the Maryland Department of Natural Resources comes to fruition, writes Bay Journal’s Tim Wheeler in MarylandReporter.com. State officials have nominated Breton for an ambitious effort to restore its long-dormant oyster reefs.

ALSOBROOKS LAUNCHES AD CAMPAIGN:  Prince George’s County State’s Attorney Angela D. Alsobrooks debuted a television advertisement Thursday, the first in the heated race for county executive writes Rachel Chason in the Post. In the 30-second ad — which will air on cable and broadcast stations in the county — Alsobrooks says residents in the Washington suburb have heard for too long that the county is “on the brink” of success. Alsobrooks says. “Let’s fulfill the promises of Prince George’s County together.”

BILL DEFINES ‘AGRITOURISM’: Gov. Larry Hogan signed a bill Tuesday that establishes a definition for agritourism in the Land Use article for county governments to adopt according to a press release from the Ag Dept. The definition is not a mandate, but will serve as a reference in state law to help counties regulate their own agritourism activities.  “This bill creates a level playing field for agritourism across the state, and ensures that our family farms have the clarity they need if or when they choose to diversify their farming operations,” Secretary Joe Bartenfelder. 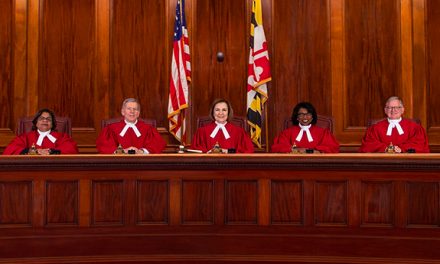