DEMS SEEK HNTB-GOVERNMENT COMMUNICATIONS: The Maryland Democratic Party called on Republican Gov. Larry Hogan, his campaign and his administration Thursday to release all correspondence with the transportation company HNTB Corp., whose proposed contract with the state has come under ethics scrutiny this week, Erin Cox of the Sun reports.

FRANCHOT SEEKS BILL VETO: Legislation that started as an innocuous law to set the oath of office for members of the state pension board somehow morphed into yet another swipe at Comptroller Peter Franchot, Bryan Sears reports in the Daily Record. Franchot is asking Gov. Larry Hogan to veto the bill that would ensure no Maryland comptroller would ever again chair the pension board. Instead, under the legislation, that role would fall in perpetuity to the state treasurer — a change that raises questions about whether Treasurer Nancy Kopp will continue in the job or might be replaced by House Speaker Michael Busch.

FOREIGN ELECTION INTERFERENCE: In the wake of alleged Russian meddling in the 2016 U.S. presidential race, Maryland is close to enacting a law that some experts say would set a new standard for how states deal with foreign interference in local elections and increase overall transparency in online political ads, Brian Witte of the AP is reporting. If signed by Gov. Larry Hogan, the law would require online platforms to create a database identifying the purchasers of online ads in state and local elections, and how much they spend. The measure would effectively extend disclosure rules that apply to paid political ads for radio, television and print to social media.

DEL. SIMONAIRE’s PAIN: Steve Thompson of the Post gives a more detailed report on state Del. Meagan Simonaire, Maryland’s youngest state lawmaker, who was terrified of losing the approval of her father, longtime state Sen. Bryan Simonaire, a Republican from Anne Arundel County, when she came out as bisexual on House floor as she spoke for a bill banning conversion therapy that her father spoke against.

STATE TO GET $10M FOR OPIOID CRISIS: Maryland will receive another $10 million in federal funding to help combat the ongoing opioid crisis, Ryan Sharrow of the Baltimore Business Journal reports. The grant is part of $485 million in funding being awarded by the Department of Health and Human Services to all 50 states and four U.S. territories. The funding piggybacks off $10 million the state received last year from DHHS to fight the opioid epidemic.

POLL: SPEND MORE ON SCHOOL SAFETY: Marylanders support spending more money on school safety and career and technical education, according to a new statewide poll. But, reports Len Lazarick for MarylandReporter, they are less enthusiastic about expanding pre-kindergarten or paying teachers more if those initiatives mean higher taxes or reductions in other services. They also do not believe politicians who say casino revenues will be dedicated solely to education aid, as promised by a constitutional amendment the legislature just put on the November ballot.

MONEY IN DISTRICT 3 RACE: As the primary election nears, money is flowing into one of the most hotly contested Maryland state Senate races, Kelsi Loos of the Frederick News Post reports. Campaign finance reports from new campaigns due this week shed some light on finances in the District 3 Democratic primary, where Jennifer Dougherty and Jennifer Brannan are taking on Sen. Ron Young (D-District 3). Republicans have targeted the seat as one they might be able to flip in the November general election. That, combined with a contested primary, will make the race one to watch.

UNION PASSES OVER KAGAN, DUMAIS, REZNIK: Another large local union unveiled its endorsements for the Maryland General Assembly late Wednesday—and while it is supporting most of the incumbents seeking another term in the Montgomery County’s legislative delegation, it pointedly passed over three current state legislators running for re-election, Louis Peck reports for Bethesda Beat. UFCW Local 1994 MCGEO—which represents a majority of the county government’s 9,000-member workforce—declined to endorse state Sen. Cheryl Kagan of Rockville and Dels. Kathleen Dumais and Kirill Reznik.

THANKS to dozens of donors who responded to Wednesday’s fundraising email for MarylandReporter.com. In case you it slipped your mind or got distracted, CLICK HERE TO MAKE A DONATION.

GLENDENING BACKS BAKER: In endorsing Rushern Baker for governor, former Gov. Parris Glendening, who also at one time was Prince George’s County executive, writes in an op-ed for Maryland Matters, “Rushern Baker is a visionary leader committed to protecting the Bay and our environment while also moving our economy forward with bold, innovative action. Rushern knows that Maryland’s green future is not just about protecting our environment but also about maximizing economic development and creating jobs across the state.”

ANYBODY’s RACE FOR MO CO EXEC: In largely blue Montgomery County, June might as well be November. So for the six Democratic candidates for county executive, it’s a countdown to the June 26 primary to determine who will succeed longtime executive Ike Leggett (D) as the leader of Maryland’s most populous jurisdiction. Voters must choose from three sitting council members, a state delegate, a former mayor and a businessman. And while at-large council member Marc Elrich has racked up the most endorsements and was the top vote-getter among at-large candidates in the past two primaries, experts say it is still anybody’s race, Jennifer Barrios of the Post writes.

RETIRING PROSECUTOR PROFILED: Doug Donovan of the Sun profiles Mike McDonough, the 65-year-old deputy state prosecutor who spearheaded the yearlong investigation against former Baltimore County Schools Superintendent Dallas Dance but had retired a week earlier. “He is a great loss to the office,” said Maryland State Prosecutor Emmet Davitt. “He has vast institutional knowledge from being here so long.”

DANCE TO BE SENTENCED: Baltimore County’s former school superintendent, Dallas Dance, will be sentenced this morning in a Towson courtroom on four counts of perjury, writes Liz Bowie of the Sun. 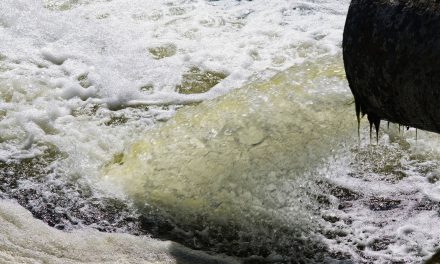