The commission charged with revising state school funding formulas will not be able to finish its work by its Dec. 31 deadline, commission chair Brit Kirwan told the panel Wednesday.

“It will take more time to do our work completely and accurately,” said Kirwan, the former university system chancellor.

The Commission on Innovation and Excellence in Education is trying to reach consensus on major changes on how the state and local governments should spend the largest single slice of state and local budgets.

Kirwan’s announcement comes as no surprise to anyone who’s been following the slow progress of the commission’s work over the past year.

But the delay disappointed commission members representing teachers and local school systems hoping to get funding formulas updated for the first time in 15 years. 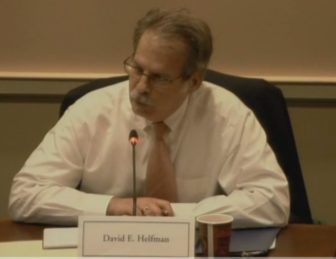 “I’m pretty deeply disappointed by this turn of events,” said David Helfman, executive director of the Maryland State Education Association, the union representing over 70,000 educators. “Delaying this process does not address the unmet needs” of school systems he’s heard at the hearings the commission has held around the state.

Carroll County Schools Superintendent Stephen Guthrie, representing the state’s 24 superintendents, agreed that the delay was necessary until they reach consensus. But “we have a current need to correct funding formulas,” in addition to providing additional money, Guthrie said.

“We continue to fall further and further behind,” Pellegrino said. Despite maintenance-of-effort laws on school funding, “we’re not maintaining…. We need catch up on that.”

A consultant has already recommended that state and local government spend $2.9 billion more than the $12 billion already going toward K-12 education, a 29% overall increase. The state share would increase by $1.9 billion and the counties would pick up the rest.

Chester Finn, a member of the State Board of Education and former education professor, said, “I would love to be done with this by New Year’s Eve.” But if the group’s recommendations would require a tax increase, “it would be folly to produce this in an election year.”

There seems to be broad agreement for Maryland to implement the nine building blocks recommended by the National Center for Education and the Economy based on their study of high-performing schools in other countries (See list at bottom of story). But the gist of the timing problem is that the Kirwan commission has not gotten into specific recommendations, what they would cost and who would pay for them. 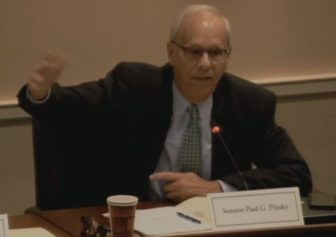 Sen. Paul Pinsky, a commission member who chairs the Senate’s education subcommittee, said that the commission can’t propose legislation “until we’re concrete in what we’re recommending.”

“We have to show the people we can make a difference,” Pinsky said.

Kirwan said that the commission recommendations needed to “set the stage for a groundswell of public support.” 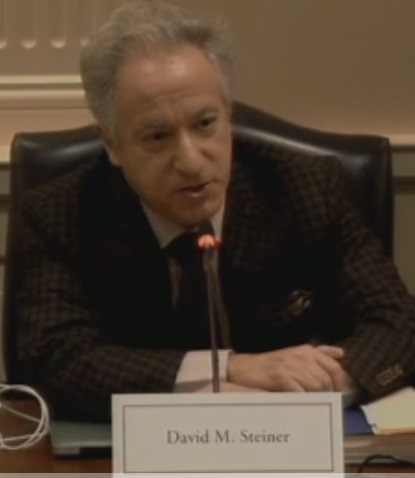 David Steiner, a state board member and director of the Institute for Education Policy at Johns Hopkins University, said funneling more money into schools without changing how the money is directed is not the answer to improving student performance.

“Business as usual isn’t getting it done,” said Steiner, former education commissioner for the state of New York.

Kirwan proposed the commission get as much done in its four meetings before the end of the year and then create a work group to meet with the legislative staff and consultants to determine what its recommendations would cost. He said it was not unusual for major commissions to ask for more time to finish their work.

NCEE President Marc Tucker told the committee that if the commission recommended some of his group’s nine proposed “building blocks” without making changes in the structure of education, “you would have a bill you could not pay.”

The consultants plan to work up a “dynamic model” for the cost of the each recommendation. That would predict “If we increase this, how much would we save on that,” Tucker said.

He said the best practices of the high-performing schools in Shanghai, Singapore and elsewhere “spend not much more than we do,” but achieve better results.

Rachel Hise, chief staff person for the commission from the Department of Legislative Services, said, “What we’re doing has not been done before.”

Kirwan said, “There will be genuine calls for new money,” but “there will be things that we are doing differently.”

Nine Building Blocks: What it will take for Maryland to compete

Here are the nine building blocks recommended by the National Center for Education and the Economy, with a link to Tucker’s initial presentation spelling out “What It Will Take For Maryland To Compete With The Best Education Systems in the World.”