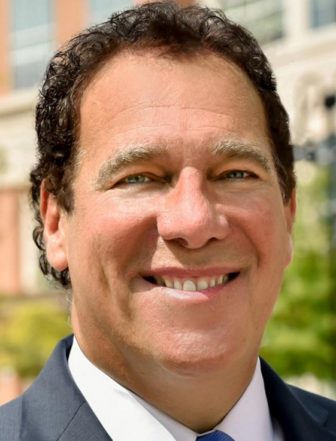 KAMENETZ ANNOUNCES RUN FOR GOV: Baltimore County Executive Kevin Kamenetz declared his candidacy in front of about 100 people outside a county building in Towson,  Josh Hicks of the Post reports. He has been an outspoken critic of Gov. Larry Hogan (R), ripping the GOP leader for his opposition to a 2017 bill that would have limited police cooperation with immigration enforcement efforts and Hogan’s veto of a measure to require businesses with at least 15 employees to provide paid sick leave.

MoCo CANDIDATES: MarylandReporter.com has updated its comprehensive candidates list. Only one new candidate was added, but notes have been added for incumbents who have not filed for re-election but are presumably running.

METRO CHAIR SAYS AGENCY NEEDS $25 BILLION: Faiz Siddiqui of the Post reports that, in a break with Metro General Manager Paul Wiedefeld, board Chairman Jack Evans says the agency should be pushing for $25 billion over 10 years to cover the system’s long-term needs, significantly more than the $15.5 billion the agency chief has requested.

UM PHARMACY SCHOOL CANCELS POT CLASSES: Citing legal concerns, the University of Maryland’s School of Pharmacy has canceled plans to offer training for those who work in the medical marijuana industry, Meredith Cohn reports in the Sun. After consulting with the Maryland attorney general’s office, the university asked pharmacy school officials to cancel the classes, a university spokesman said.

LAWMAKERS CONCERNED OVER DEVELOPMENT: State lawmakers have asked Harford County to halt development of a townhouse community in Joppatowne that an Ahmadi Muslim group promoted as being built for members of the sect, Alison Knezevich of the Sun writes. In a letter to County Executive Barry Glassman this month, Republican Dels. Rick Impallaria, Kathy Szeliga and Pat McDonough urged the county to stop issuing permits for the homes — which are being built along the Gunpowder River — “until a full investigation has been completed.”

HASHIMI RAISES $9,500 IN 8 DAYS: While not officially registered as a candidate with Maryland’s State Board of Elections, Dr. Nadia Hashimi filed a Federal Election Commission Form 1 on Sept. 6. Hashimi – a 39-year-old Democrat from Potomac – launched a Crowdpac campaign on Sept. 10 and has since raised nearly $9,500, writes Ryan Miner in his Miner Detail Blog.

MO CO CANDIDATE WANTS TO DONATE TO CHARITY: An at-large Montgomery County Council candidate’s plan to direct campaign donations to charities could test Montgomery’s new public financing law, reports Andrew Metcalf in Bethesda Beat. Brandy Brooks is running a fundraiser this month in which she’s promising to donate half of the campaign contributions she receives to help victims of natural disasters.

LAZARICK ON COLUMBIA AT 50: Len Lazarick, editor and publisher of the website of MarylandReporter.com and resident of Columbia for more than 44 years, joins Tom Hall of WYPR-FM to talk about his latest book “Columbia at 50: A Memoir of a City.”

CHICK n’ RUTH’s SOLD: An Annapolis landmark for more than 50 years has a new owner. Ted Levitt, owner of Chick n’ Ruth’s on Main Street, announced on his personal Facebook page at 8 p.m. Monday that he has sold the business started by his parents. Today, Chick and Ruth’s is noted for the famed line-up of sandwich specials named for Maryland politicos and others, such as the best-selling the Sen. Ben Cardin (it’s a Reuben), Rick Hutzell of the Annapolis Capital reports.

‘DNA DAY’ NEEDS STATE, FED OK: A Massachusetts biotech firm still intends to give away DNA test kits to fans at a Ravens game this season, according to the team, but the promotion first must undergo scrutiny from a federal agency and the state. The “DNA Day” event, scheduled for last Sunday’s Ravens-Cleveland Browns game at M&T Bank Stadium, was postponed after the federal Centers for Medicare & Medicaid Services raised questions with the state about approvals, Jeff Barker of the Sun reports.

SUN ON HOGAN: Gov. Larry Hogan’s decision to de-fund Baltimore’s Criminal Justice Coordinating Council  took many who have been involved off guard, and it’s led to some grumbling that he is grandstanding, writes the Sun editorial page. But it hasn’t prompted many people to make a spirited defense of the CJCC. Mr. Hogan’s implication that the people who have spent years trying to fight violent crime in Baltimore lack a sense of urgency may be unhelpful, but his decision to take $219,000 from the CJCC and give it instead to Mayor Catherine Pugh probably won’t make much difference.