SUPREMES WON’T EXPEDITE GERRYMANDER CASE: The U.S. Supreme Court won’t hear a Maryland gerrymandering claim at the same time as a similar challenge from Wisconsin, Danielle Gaines of the Frederick News-Post reports. The court issued an order Wednesday denying the motion of Republican plaintiffs to have their case before the court at the same time as Democratic plaintiffs from Wisconsin.

HIGHER RENEWABLES GOAL: A coalition of environmentalists, clergy and solar and wind energy companies launched a campaign Wednesday calling for half of Maryland’s electricity to come from renewable sources, reports Scott Dance in the Sun. That would double a policy adopted last year requiring that renewable energy account for 25% of the state’s electricity portfolio by 2020. The new campaign is setting a target of 2030.

YOUTH EYED IN BALTIMORE VIOLENCE: Rachel Baye of WYPR-FM speaks with Nathan Sterner about the state Senate’s Judicial Proceedings Committee meeting Tuesday to examine record levels of violence in Baltimore — what’s causing it and how it can be stopped. Juvenile offenders were the focus, even though juvenile arrests were either flat or down. Many juveniles, however, were charged as adults.

MORE SECURITY FOR MD ELECTION SYSTEM: Josh Schmidt of Capital News Service reports that legislators learned last week that Maryland’s electronic balloting system may need better security measures to protect voters’ information and that the lawmakers must be the ones to add those protections. The State Board of Elections told lawmakers Sept. 6 that they are powerless to make those changes, and that any security changes must directly come from the legislature. The article appears in MarylandReporter.com.

LIERMAN JOINS DELANEY CAMP: Terry Lierman, a longtime Maryland political operative and close ally to former Gov. Martin O’Malley, will serve as a chairman of Rep. John Delaney’s presidential campaign, the congressman announced Wednesday. John Fritze of the Sun writes that Lierman, the former chair of the Maryland Democratic Party, had served as treasurer of O’Malley’s unsuccessful presidential bid last year — and was a vocal proponent of that campaign. It remains unclear whether O’Malley is planning to mount another run in 2020.

ON TOM PEREZ: In a lengthy profile of Democratic National Committee chair Tom Perez for Bethesda Magazine, Louis Peck kicks it off with: “A decade before he achieved prominence in national Democratic Party circles and became a frequent lightning rod for GOP legislators on Capitol Hill, Tom Perez’s closest political friend and ally was a Republican. It was 2002, and Perez had just been elected to the Montgomery County Council from Silver Spring/Takoma Park-based District 5 following an upset victory in the primary. On the council, he became close with veteran officeholder Howard Denis, the council’s only Republican. The pair soon became known as ‘the odd couple’ around the Council Office Building.”

COLLEGE PARK OKs NON-CITIZENS VOTE: College Park, with a population of 32,000, on Tuesday became the largest U.S. city to allow noncitizens to cast ballots in municipal elections after a divided City Council vote that reflected the nation’s heated and emotional debate over illegal immigration, reports Rachel Chason for the Post. Unlike most other states, Maryland allows towns and cities to decide for themselves who can vote in local elections. In recent years, Hyattsville, Mount Rainier, Takoma Park and several smaller towns have extended that privilege to noncitizens. 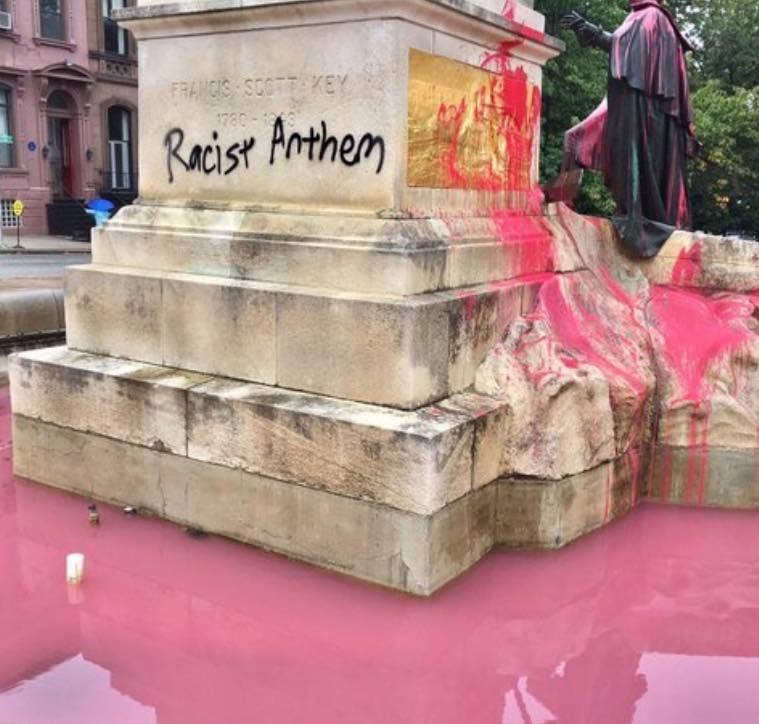 KEY MONUMENT VANDALIZED: Mayor Catherine Pugh says she has no plans to remove the Francis Scott Key monument in Bolton Hill that was vandalized before dawn Wednesday and has directed art preservation experts to determine the cost of cleaning it, Colin Campbell and Sean Welsh of the Sun reports. Exactly 203 years after the Maryland attorney wrote the poem that would later become the national anthem, the city awoke to find the words “Racist Anthem” spray-painted on the Eutaw Place monument and red paint splashed on it. The third stanza of Key’s poem includes a reference accusing the British of encouraging American slaves to join the fight against their masters. The article is topped by a video of neighbors’ reactions to the vandalism.