ELECTIONS OFFICIALS SAY NO TO TRUMP: Luke Broadwater and Talia Richman of the Sun report that Maryland elections officials on Monday denied the Trump administration’s request for personal information about the state’s voters as part of an ongoing investigation into alleged fraud. Linda H. Lamone, Maryland’s elections administrator, rejected the request for information after receiving an opinion from Attorney General Brian E. Frosh, who called Trump’s investigation “repugnant.”

DISMISSAL OF REDISTRICTING SUIT SOUGHT: Attorney General Brian E. Frosh asked a federal court Friday to dismiss a lawsuit that claims state lawmakers violated Republicans’ constitutional rights when they redrew Maryland’s congressional boundaries six years ago, John Fritze reports in the Sun. The state’s response in the redistricting case — the first since the litigation forced several state Democrats to explain under oath the motivation behind Maryland’s contorted congressional districts — asserts the plaintiffs have offered no evidence voters were targeted simply because they are registered Republicans.

BIZ LAWS TAKE EFFECT: Saturday marked the start of a new fiscal year for some businesses. It also marked the effective date of some new Maryland laws and regulations that affect business, Tamela Baker of the Hagerstown Herald Mail reports. A new jobs bill designed to spur manufacturing in some of the state’s most distressed counties now offers incentives, with Washington and Allegany counties among those eligible for the new legislation’s maximum benefits.

SCHOLARSHIP DISPLACEMENT BAN: The executives of Central Scholarship, a nonprofit in Owings Mills that provides scholarships and interest-free loans to Maryland students, would award a student money but then a university would reduce that student’s financial aid by the same amount. The common practice provoked the executives into a two-year campaign to stop it. Their effort led to a new law that took effect on July 1, making Maryland the first state to ban scholarship displacement by public colleges, writes Tim Prudente in the Sun. 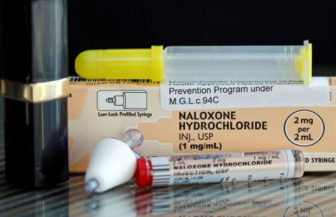 NAXOLONE ON CAMPUS: When summer break ends, reports Kate Masters for the Frederick News Post, Frederick County public schools and institutes of higher education will be stocked with a new type of school supply: naloxone, the overdose reversal medication

BLAME FOR THE OPIOID CRISIS: In an op-ed for the Sun, David Myles writes that, even as a pediatrician, I share some of the blame for the drug abuse epidemic that is now the leading cause of death for people under 50 years old. A significant percentage of those who are now addicted to opioids obtained their first dose from a physician. This is a function of how we are trained.

BAIL RULES CHANGE: Judges and commissioners have interpreted guidelines that say to impose the “least onerous” release conditions on suspects not considered a danger or a flight risk in different ways, according to interviews with advocates, defense attorneys, prosecutors and lawmakers. State data paints a conflicting picture, with some statistics suggesting a jump in people being detained but others showing the jail population declining, Ovetta Wiggins of the Post writes.

LEAD POISONING REDUCTION: Maryland plans to use a $7.2 million federal grant to reduce incidents of lead poisoning and asthma, according to state officials. Ovetta Wiggins of the Post reports that the governor’s office announced that the money will pay for a coordinated effort by the state departments of health, environment and housing to identify and repair homes with lead and to help families pinpoint sources of lead exposure and asthma triggers in their homes.

MARYLAND DIVIDED PART 4: Since 2011, the Maryland Agriculture and Resource-Based Industry Development Corp. has doled out 50 loans to budding shellfish aquaculture startups for a total of $3 million. The problem, according to one oyster grower is that there’s not enough demand in-state for all the newly cultured oysters being produced or enough distributors to move them to markets beyond Maryland. JF Meils of CNS continues the series on Maryland’s economic divide.

PUSHING FOR PURPLE LINE: With the Purple Line project in peril as costs mount due to ongoing delays, attorneys for Maryland are trying to speed up the appeals process in federal court. Andrew Metcalf of Bethesda Beat writes that, on Monday, attorneys representing the state requested the Court of Appeals in Washington, D.C., to expedite the briefing schedule for the state’s appeal of a U.S. district judge’s order that the Federal Transit Administration conduct a new environmental study for the light-rail project.

STATE TO FIX BRESCO POLLUTION: The waste-to-energy incinerator whose massive white smokestack greets thousands of motorists to Baltimore City pumps out twice as much smog-causing pollution as similar trash-burning facilities, but Maryland regulators plan to fix that soon, the Sun’s Scott Dance reports.

BIPARTISAN EXAMPLE: Christopher Summers of the Maryland Public Policy Institute, writes in an opinion piece for the Daily Record that after years of elected officials treating the Maryland state pension system like a bottomless trust fund, it is $20 billion underfunded with no plan to fix it save a market miracle. But, in Pennsylvania in an almost astonishing act of bipartisanship, Republican state legislators and a Democratic governor approved a pension reform bill earlier this month that will limit its staggering $62 billion pension debt.

LOBBY FULL OF OIL MONEY: Josh Kurtz of Maryland Matters writes that the American Petroleum Institute spent more money on lobbying during the recent General Assembly session than any other entity, according to a summary of lobbying activity just released by the Maryland State Ethics Commission. API, which unsuccessfully fought an attempt to ban hydraulic fracturing in the state, spent more than $1.4 million, the ethics commission reported.

AID FOR EVICTED TENANTS: State and city lawmaker began drafting separate bills this week to make more publicly funded lawyers available for low-income tenants facing eviction in Baltimore, which spends more money ousting renters than trying to keep them in their homes, writes Doug Donovan for the Sun. Del. Sandy Rosenberg and Baltimore City Councilman Robert Stokes, both Democrats, hope their efforts can generate momentum for an issue that has stalled in Maryland while gaining traction across the nation.

PROGRESSIVE PUSH JEALOUS: The Maryland arm of Our Revolution, a national progressive group led by U.S. Sen. Bernie Sanders (I-Vt.), wants to endorse former board member Ben Jealous in the 2018 Maryland governor’s race without interviewing any of the other declared or likely candidates, Ovetta Wiggins of the Post reports.

PROGRESSIVES UNITE, OR NOT: With four Maryland progressive groups holding major events in different parts of the state last weekend, activists had to make tough choices about which activity to attend — or rush from one to the other. The scores of left-leaning organizations that have cropped up since the 2016 election often trip over each other as leaders try to harness a groundswell of opposition to President Trump and Gov. Larry Hogan (R) in a way that could impact the state’s 2018 election, Josh Hicks reports in the Post.

NEOPHYTE CONSIDERS RUN: A Boyds man who is new to Maryland politics says he is considering launching a bid for Congress in Maryland’s 6th Congressional District, writes Ryan Miner in his Miner Detail blog. Adam McKee, 51, a software engineer and father of two, yesterday afternoon confirmed in a tweet that he’s exploring a congressional bid in the 6th – as a Republican.

ETHICS TRAINING IN BA CO: As Baltimore County Council members took up a series of bills Monday designed to address ethics and transparency in local government, votes fell along party lines, writes Alison Knezevich of the Sun. The council, composed of four Democrats and three Republicans, voted 4-3 to approve legislation to require ethics training for top county officials, registered lobbyists, and members of county boards including the Revenue Authority, Planning Board and the Liquor Board.

AA AGRITOURISM BILL KILLED: Anne Arundel County Council members voted down a long-debated agritourism bill Monday night after farmers and south county residents turned out to advocate against it. The measure sought to classify a wide range of farming-related activities under the agritourism conditional use, such as corn mazes, pumpkin patches and harvest festivals. The bill was amended nine times to meet concerns raised by farmers. But the tenth amendment, which added Halloween festivals and attractions to the agritourism list, turned their support to opposition, Amanda Yeager writes in the Annapolis Capital.