HOGAN CANCELS O’MALLEY LANDFILL RULES: Gov. Larry Hogan said Tuesday night that he has canceled “zero-waste” landfill rules issued by Gov. Martin O’Malley a week before he left office in 2015, Michael Dresser of the Sun reports. Speaking to the annual summer gathering of the Maryland Municipal League, the Republican governor said he was rescinding the policy in response to complaints from local governments.

HOW MD DEMS GERRYMANDERED: Dave Daley of the Atlantic writes about how Maryland Democrats, beginning in 2011, decided to redraw the district boundaries with the intention of kicking Republicans out and giving them the decided advantage in elections for years to come. New court depositions and previously unseen emails uncover just how determined Maryland Democrats were to take a seat from the Republicans and knock 10-term veteran Roscoe Bartlett. 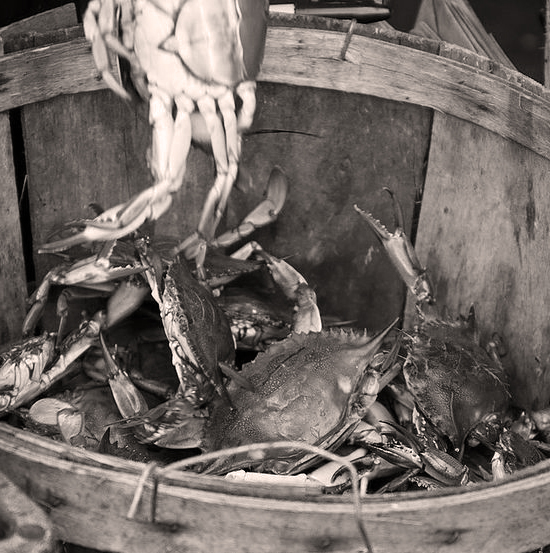 CRAB SEASON CUT SHORT: Maryland will end the commercial crabbing season a week and a half early while also imposing late-season bushel limits in response to concerns over Chesapeake Bay blue crab population losses, reports Scott Dance for the Sun.

PLANNED PARENTHOOD LAW: If either of the Republican proposals to overhaul the nation’s health insurance rules become enacted, it would lead to an early use of Maryland’s new law providing funding for Planned Parenthood in the federal government’s place, reports Tim Curtis for the Daily Record. Both the health insurance plan released by Senate Republicans last week and the bill passed by House Republicans last month would defund Planned Parenthood entirely for one year.

MARYLAND DIVIDED PART 1: In the first of a Capital News Series titled Divided Maryland, JF Meils reports that in 2009, former Gov. Martin O’Malley closed the visitor center at the Sideling Hill cut, the symbolic gateway to Western Maryland, as a cost-saving effort. Some saw the move as personal, or at least confirmation of how the former governor felt about the state’s rural counties. While Gov. Larry Hogan has paid more attention to rural Marylanders than his predecessor, some rural politicians say he has struggled to deliver what they want most — more money for infrastructure and less regulation from Annapolis.

NEW SCHOOL RATINGS: Allen Etzler of the Frederick News Post writes about the new five-star school rating scale for Maryland public schools, which is part of the proposed accountability plan the Maryland State Board of Education approved Tuesday. A five-star rating will be given to the state’s highest-performing schools, and the system will work down to one star for the lowest-performing schools. But the board did not determine what would constitute a five-star school, and so on.

EX-SENATOR VIOLATED LAWYER RULES: A Circuit Court judge has found that former state Sen. John Giannetti Jr. violated the Maryland Lawyers’ Rules of Professional Conduct after failing to file and pay taxes in a timely manner between 2008 and 2015, Chase Cook writes in the Annapolis Capital.

CARSON PROTEST PLANNED: Housing activists are gearing up for a protest during an expected appearance by Housing and Urban Development Secretary Ben Carson today in Baltimore, Fern Shen writes for Baltimore Brew. Local and federal officials, however, are declining to confirm whether the event is still on.

ARUNDEL RACE COMPLAINT OFFICER LET GO: Two days after protesters rallied in Annapolis to call on local leaders to address racism in Anne Arundel County, the county has let go an official in charge of examining discrimination complaints. Compliance Officer Angela Davis, an attorney with a law firm in Columbia, had been hired a little more than a month ago to oversee the handling of discrimination complaints in county government and to create a countywide curriculum to educate employees about diversity and inclusion, Amanda Yeager of the Annapolis Capital reports.

PROBE INTO PG SCHOOL GRADES: Maryland education officials plan to bring in an independent investigator to examine claims that one of the state’s largest school systems fraudulently inflated its graduation rates by tampering with student grades and credit counts, reports Donna St. George for the Post. The Maryland State Board of Education voted unanimously Tuesday to launch an external review of allegations of “widespread systemic corruption” in the Prince George’s County school system.

MO CO’s OLD BURIAL GROUNDS: Bill Turque of the Post reports that old cemeteries and burial grounds that may lay in the path of new development would receive better protection under legislation introduced Tuesday by a trio of Montgomery County Council members.

COMPLAINT LEAKS: At least two Washington County commissioners said they have already met with an outside attorney the county hired to investigate leaks about an alleged sexual-harassment complaint filed against one of them, reports Julie Greene for the Hagerstown Herald Mail. Commissioners Wayne Keefer and LeRoy E. Myers Jr. — who is the subject of the sexual-harassment complaint — said Tuesday they had already had their meetings with a representative of Bodie, Attorneys at Law.

HOGAN AIDE RUNS TO ANNAPOLIS COUNCIL: James Appel, the executive financial officer for the Maryland Department of Information Technology and controller for Gov. Hogan’s re-election committee, has filed as a Republican candidate for Annapolis City Council., Chase Cook of the Annapolis Capital writes. 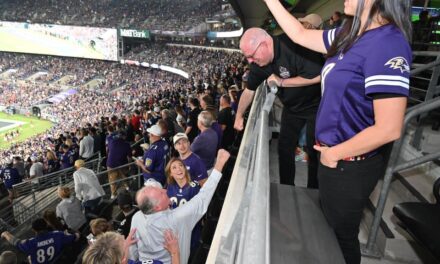