LEGISLATURE AIDED SUIT AGAINST TRUMP: Maryland Attorney General Brian Frosh (D) and his Washington, D.C., counterpart Karl Racine (D) made international news with their lawsuit against President Trump on Monday. And the suit likely would not have happened without the Maryland legislature, Bruce DePuyt reports in Maryland Matters.

REACTION TO SUIT:  Danielle Gaines of the Frederick News-Post interviews Frederick County’s legislators to gauge their reaction to Frosh’s suit. Needless to say, it splits down party lines.

REDISTRICTING CASE IN FEDERAL COURT: This Washington Post story by Bob Barnes describes a Wisconsin case about gerrymandering that may be headed to the U.S. Supreme Court. It is very similar to the lawsuit currently being pursued in Maryland.

PROTECTING VICTIMS OF ELDER VIOLENCE: In a commentary for MarylandReporter, Tovah Kasdin and Guila Franklin Siegel write that under legislation sponsored by Del. Shelly Hettleman and Sen. Delores Kelley and signed into law by Gov. Larry Hogan on May 25, an individual in Maryland is now prohibited from serving as a health care agent for a patient if that individual is the subject of a protective order for that patient, or if that individual is the spouse of a patient who has a separation agreement or has filed for divorce. 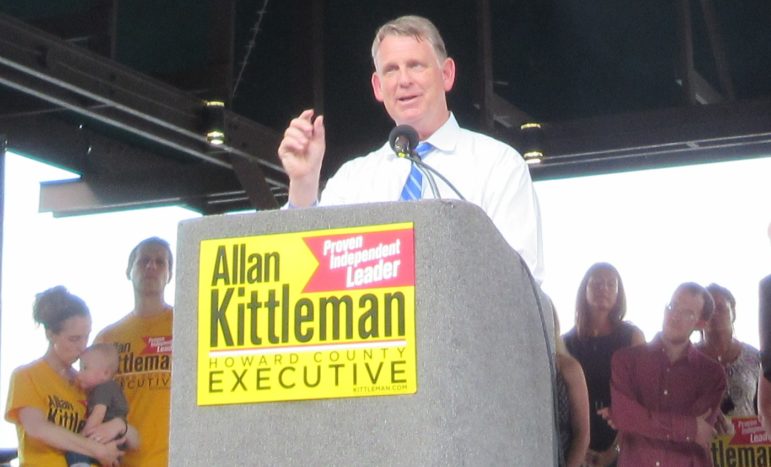 TRUMP RIGHT ON PARIS ACCORD: By repudiating the Paris climate accord, President Trump began the work of restoring proper limits to presidential power. He also returned authority on treaty-making, usurped by his predecessor, to its proper place: the U.S. Senate. It was the right decision, opines Richard Douglas in Maryland Reporter.

PESKY FURNITURE PURCHASE: Lori Aratani of the Post attempts to find out if that $70,000 of custom furniture ordered for the MTA played a role in replacing Paul Comfort and his chief of staff. Most of that furniture is in storage and the state is hoping to return what it can.

HOGAN’s TOP 5 CABINET MEMBERS: Maryland Commerce Secretary Mike Gill stood in front a roomful of business leaders the other day and urged them to chant for Gov. Larry Hogan’s re-election. Nobody chanted, but plenty of people applauded. Now that’s a loyal Cabinet member. So who are the stars of Hogan’s Cabinet? How do they go about their business – and how are they poised to help him? Josh Kurtz finds out for Maryland Matters.

DELEGATES CHALLENGE SENATORS: As many as five freshman members of the House of Delegates could challenge incumbent state senators in 2018 – and several should be going public with their plans soon, writes Josh Kurtz for Maryland Matters. Gov. Larry Hogan is scheduled to appear at a fundraiser for the Maryland Republican Party on June 26 with Del. Mary Beth Carozza (R) at Seacrets in Ocean City. Sources said Carozza is expected to announce she is challenging Sen. Jim Mathias (D), a former Ocean City mayor who has served in the legislature since 2006.

ENERGIZING PROGRESSIVES: Ovetta Wiggins of the Post reports that as the 2018 Maryland gubernatorial race starts to take shape, there are two Democratic hopefuls with strong social justice records positioning themselves to carry the mantle for progressives. Ben Jealous, former president of the NAACP, and Richard S. Madaleno Jr., a longtime state senator from Montgomery, are each hoping to do what then-Del. Heather Mizeur couldn’t in 2014: energize the most liberal wing of the Democratic Party in a way that catapults them to the nomination.

KAMENETZ’s POST-LABOR DAY DECISION: Baltimore County Executive Kevin Kamenetz (D), who is crisscrossing the state in his role as president of the Maryland Association of Counties, says it will likely be after Labor Day before he decides whether to run for governor in 2018, Bill Turque of the Post reports.

RUPPERSBERGER SPEAKS: Tom Hall of WYPR-FM speaks with U.S. Rep. Dutch Ruppersberger to talk about a variety topics, including his knowledge of former FBI Director James Comey and his testimony on Capitol Hill and President Trump’s veracity.

CORRECTION: Monday’s item about new open meetings requirements from MACo’s Conduit Street blog got the effective date of the legislation wrong. It is July 1.