HOSPITAL RATE HIKES OK’D: State health regulators approved a larger increase in hospital rates for the coming fiscal year than initially proposed but not quite as much as the hospitals wanted, Meredith Cohn and Sarah Gantz of the Sun report. The two-step increase approved Wednesday by the Health Services Cost Review Commission amounts to a 2.72% average increase to hospital rates for fiscal 2017, which starts July 1.

FIXING HEROIN PROBLEM: The editorial board for the Frederick News Post addresses the state’s growing heroin overdose problem, writing that for the past eight years, Maryland has seen alarming increases in overdose deaths. In 2013, there were 464 heroin-overdose deaths. That number climbed to 578 in 2014. Law enforcement’s crackdown on prescription painkillers seems to have had the unintended consequence of fueling a heroin epidemic. Heroin is much cheaper and easier to obtain than doctor-prescribed painkillers. The good news, however, is that local, state and federal officials are taking this epidemic seriously.

STUDENT TESTING: After months of hearings and meetings since November, members of the Maryland commission on school testing are getting frustrated as they struggle to achieve their task — reducing the amount of mandated testing in public schools, Len Lazarick writes for MarylandReporter.com. On Wednesday, as they worked on recommendations for the report they hope to finalize next week, teachers and legislators on the 19-member panel noted that their recommendations may improve the efficiency of the testing and eased some financial and staffing issues, but they hadn’t actually reduced the amount of testing.

MENTAL HEALTH REFORM: Dozens of mentally ill men and women who have been charged with crimes are languishing in jails across Maryland despite court orders to send them to state hospitals for evaluation and treatment, Michael Dresser reports for the Sun. The state Department of Health and Mental Hygiene, which spurned a consultant’s warning four years ago, does not have enough beds or staff to treat new patients, officials say. The shortage comes as 80% of those admitted to such facilities are arriving via the criminal justice system.

BAIL REFORM: Most people in jail in Maryland haven’t been convicted of a crime. They’re awaiting trial behind bars because they can’t afford to post bail. A Baltimore judge set a $500,000 bail for a teenager who broke the windshield of a police car following the death of Freddie Gray, far more than the bails set for the officers charged in Gray’s death. The contrast made national headlines. Advocates say the bail system is arbitrary, and that poverty, not guilt, often lands people in jail. What would eliminating money bail mean for criminal justice in Maryland? Sheilah Kast of WYPR-FM addresses the issues surrounding bail reform.

KOPP SEEKS BOND-RATING ANSWERS: Maryland Treasurer Nancy Kopp has called on the legislature and the governor to examine how large-public private partnership projects could affect state finances and its coveted bond rating, reports Bryan Sears for the Daily Record. Kopp made her comments during a Board of Public Works meeting in which the state auctioned off about $1 billion in bonds. The auction came about a week after the three major bond rating agencies re-affirmed Maryland’s triple-A credit rating.

PG CONSIDERS CASINO FUND BOON: The MGM casino at National Harbor won’t open its doors for six more months, but Prince George’s County officials are already feuding over how to spend the public revenue its video lottery games are expected to generate, reports Arelis Hernandez for the Post. The county’s share of proceeds from the games — an estimated $4.5 million for fiscal 2017 — is designated for “local impact grant funds,” which are supposed to benefit neighborhoods affected by the construction and opening of the casino, which will be built on the banks of the Potomac River across from Alexandria, Va.

STATE FUNDS VAX FIRM GROWTH: Novavax, a Gaithersburg vaccine-development company working to stop the spread of the Ebola virus and other infectious diseases, plans to add 850 new jobs in Montgomery County, aided by $7.5 million in state and local assistance, Bill Turque reports in the Post.

APG LOSING CHEM SOLDIERS: The Army says it’s moving 266 soldiers in a chemical-warfare defense battalion from Aberdeen Proving Ground to three other installations around the country to support military readiness, according to an AP story in the Daily Record. The Army says in a statement that the 22nd Chemical, Biological, Radiological and Nuclear Battalion will begin the process with a ceremony Friday.

REMEMBERING ESTHER GELMAN: Louis Peck of Bethesda Beat writes about Esther Gelman, a Potomac resident and former County Council member described by one friend and associate as “the most powerful woman in Montgomery County politics for more than 40 years.”  Funeral services are scheduled Friday morning for the 84-year-old. 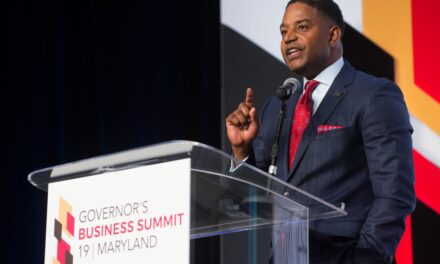 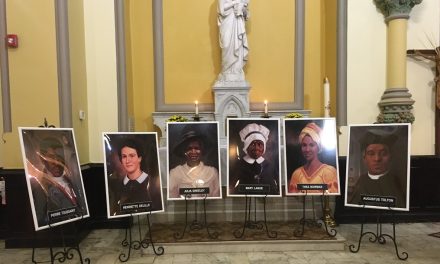