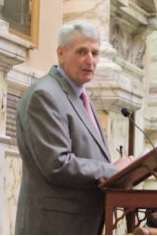 BUSCH UNDERGOES LIVER TRANSPLANT: House Speaker Michael E. Busch (D-Anne Arundel) underwent a liver transplant Thursday for a condition he has attributed to skin-cancer medication. Busch, 70, was diagnosed with liver disease from nonalcoholic steatohepatitis, and he learned last month that the problem was worsening, according to a statement from his office, Josh Hicks of the Post reports.

O’MALLEY ADMITS GERRYMANDER: Maryland Democrats drew the state’s convoluted congressional districts with an eye toward ousting a longtime Republican incumbent and replacing him with a Democrat, former Gov. Martin O’Malley has acknowledged as part of a high-profile legal challenge to the maps winding its way through federal court. John Fritze of the Sun reports that the acknowledgment that state Democrats were working in 2011 to add a seventh member of their party to the House of Representatives, widely understood at the time but seldom conceded publicly even now, comes as Republican Gov. Larry Hogan is advocating for a nonpartisan redistricting commission, ostensibly to curb partisan gerrymandering.

FEDS INDICT SEN. OAKS: State Sen. Nathaniel Oaks has been indicted on nine federal fraud and bribery counts in an action that supersedes the criminal charges brought against him in April, Michael Dresser of the Sun reports. Oaks, 70, is expected to appear in U.S. District Court in Baltimore to answer the charges within the next week or two, said a spokesman for the Maryland U.S. attorney’s office. No date has been scheduled, he said.

RX POT HEARING TODAY: A Baltimore judge is scheduled to hold a hearing on a temporary court order that prevents more medical marijuana licenses to be awarded. Baltimore Circuit Judge Barry Williams is holding the hearing today, the AP is reporting.

MARYLANDERS CRITICIZE TRUMP ON PARIS ACCORD: Many of Maryland’s elected officials rebuked President Donald J. Trump’s decision Thursday to withdraw the United States from the Paris climate accord. Virtually every member of the state’s congressional delegation weighed in with reaction minutes after Trump walked out of the Rose Garden. The decision also prompted some rare, if tepid criticism from Republican Gov. Larry Hogan, who has generally been hesitant to discuss Trump’s policies, the Sun’s John Fritze reports.

SEAFOOD MARKET TO GET MAJOR FACELIFT: Bay Journal’s Rona Kobell writes in MarylandReporter that for the first time in more than 30 years, the Maryland Wholesale Seafood Market in Jessup, run by a state-created authority, is in line for a major facelift. It’s an expensive one, too. The planned $40 million project will add 104,000 square feet of space to the Jessup facility and change its purpose from a busy-at-dawn seafood warehouse to a food emporium for its growing base of retail customers.

RASKIN TO DELAY ENDORSEMENTS: U.S. Rep. Jamie Raskin, D-8th, is among a group of Democratic lawmakers who say they will not endorse any candidates in the 2018 governor’s race until the February 2018 filing deadline and after at least one debate has been held, Danielle Gaines writes in her Political Notes column for the Frederick News Post. Sixteen elected Democrats in local, state and federal posts signed on to the “grassroots democracy commitment.”

TRONE SETS UP LEGAL AID FUND: Potomac wine executive and likely 2018 candidate David Trone announced a $100,000 grant Thursday through his private foundation for legal assistance to Montgomery County families who may be affected by President Trump’s proposed ban on travel to the U.S. from six Muslim-majority countries, Bill Turque of the Post reports.

TAX SALES HALT SOUGHT: A coalition of community advocates, church leaders and watchdog groups called on Baltimore City officials Thursday to immediately halt tax sales for water debt, citing erroneous bills and high costs. Del. Mary Washington, a Baltimore Democrat, said Mayor Catherine Pugh and the City Council should establish a moratorium and scrutinize all sales over the last three years to make sure no homes or churches were sold over questionable bills, reports Yvonne Wenger in the Sun.

AXE MAYOR’s BUDGET OFFICE: Ian Duncan reports in the Sun that members of the Baltimore City Council, unhappy with the state of negotiations over some extra money for children in the city’s budget, hit upon a ripe scheme Thursday: Vote to take away all funding for the mayor’s budgeting office.