PORT BUSINESS GROWS: For the first time in 30 years, the Maryland Port Administration has acquired land to accommodate growing business, reports Colin Campbell in the Sun. The port administration announced Tuesday that it has completed the purchase of Point Breeze Business Center near Seagirt Marine Terminal in Southeast Baltimore in a $55 million deal that will expand Seagirt’s footprint to 356 acres.

ENVIRONMENTAL ROAD BLOCKS TO PURPLE LINE DISMISSED: A federal judge on Tuesday dismissed most of a lawsuit seeking to block construction of a light-rail Purple Line in Maryland, saying the project’s environmental review did not violate federal protections on endangered species and migratory birds, Katherine Shaver reports for the Post. The ruling allowed the Maryland Attorney General’s Office to almost immediately appeal the one issue remaining from the lawsuit — a court-ordered redo of the Purple Line’s ridership projections to account for Metro’s decline.

REDISTRICTING REFORM NOW: By an overwhelming majority, Marylanders support the idea of having an independent commission rather than incumbent lawmakers draw district lines for Maryland elections. Judge Alexander Williams Jr. and Cato fellow Walter Olson write in an opinion piece in the Sun, urging support of Gov. Hogan’s bipartisan efforts at reform they co-chaired. The margin was 73% to 19% in a February Goucher Poll, with support running roughly the same among registered Democrats, Republicans and independents.

PUBLIC CAMPAIGN FINANCING: The Montgomery County Council approved an $11 million public campaign financing fund — the first in Maryland — for the 2018 elections when it adopted the county’s $5.4 billion budget for fiscal 2018 last Thursday. Glynis Kazanjian reports in MarylandReporter that the new public campaign finance law could be a model for other Maryland counties, such as Howard County, which is considering its own version for local races.

STATE PUSHES BOAT SAFETY: After 17 boating deaths in Maryland in 2016, including a 9-year-old boy in Ocean City, the Maryland Natural Resources Police and U.S. Coast Guard are trying to reach boaters before they hit the water this tourism season according to Delmarvanow.com. Officials have begun a “Ride Inside” campaign, which was announced at the Coast Guard Station in Ocean City. The campaign asks drivers and riders to stay inside the boat and to wear lifejackets.

GETTING TO SICK LEAVE: The editorial board for the Sun opines that the electoral politics are thick in the debate over Gov. Larry Hogan’s decision to veto the mandatory paid sick leave bill the General Assembly passed this year. The Republican governor called it a “job killing” measure while Democratic legislators accused him of denying a necessary benefit to 700,000 Marylanders. But there’s some real substance here, too; neither the bill that passed nor the governor’s own proposal is perfect. Gov. Hogan is right that Maryland could get a better piece of legislation if the two sides worked together. 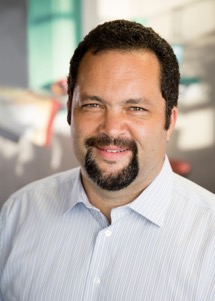 JEALOUS TO ANNOUNCE TODAY: The Sun’s Michael Dresser reports that Ben Jealous, the former president of the NAACP, will announce his candidacy for Maryland governor today outside a cousin’s West Baltimore flower shop. Jealous, 44, will seek the Democratic nomination in his first bid for political office. He will join a growing field of potential challengers to Gov. Larry Hogan, who is expected to attempt to become the state’s first two-term Republican governor since the 1950s.

IMMIGRATION BILL PROTEST, HEARING: A bill to enlist the Baltimore County jail into a federal immigration screening program drew divided views from residents Tuesday — the latest local take on an issue that has sparked debate in communities across the nation, Pamela Wood of the Sun reports.  The two-hour hearing was preceded by an opposition rally attended by County Executive Kevin Kamenetz.

ANNAPOLIS COUNCIL RACE: The race for Annapolis City Council’s Ward 7 seat is shaping up to be a crowded one this year, with a third candidate throwing his hat in the ring, writes Amanda Yeager in the Annapolis Capital. David Frankel, a former Maryland assistant attorney general, is the latest to file for candidacy. Alderman Ian Pfeiffer, a Democrat who currently represents the ward, has not yet filed for re-election.

PUGH AIDE PLEADS GUILTY: Gary Brown Jr., a protege and campaign aide of Mayor Catherine Pugh, pleaded guilty to two election law violations Tuesday and was given one year of supervised probation by Circuit Court Judge Charles J. Peters, writes Mark Reutter for Baltimore Brew. Brown, 35, was set to go on trial tomorrow for using the names of his mother, brother and stepfather as conduits to funnel $18,000 worth of contributions to Pugh’s mayoral campaign last year. 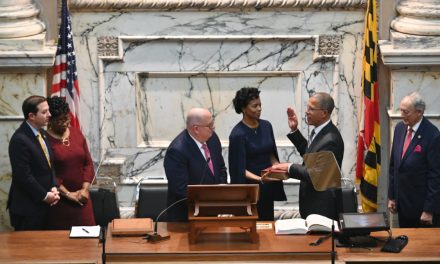