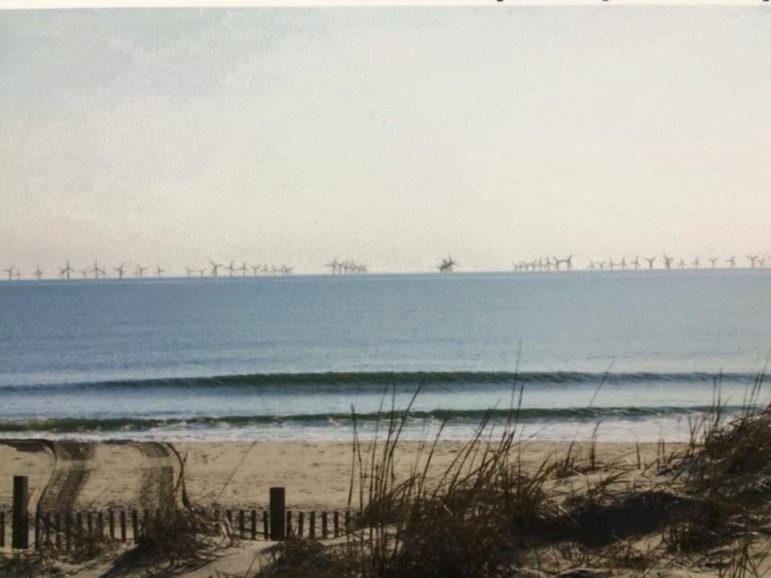 PSC OKs HUGE OFFSHORE WIND PLANS: Maryland waters could be home to some of the nation’s first — and by far its largest — offshore wind farms after the state Public Service Commission on Thursday approved ratepayer subsidies to support a pair of projects off the coast of Ocean City, Scott Dance of the Sun reports.

FBI RAIDS POLITICAL CONSULTING FIRM: Federal authorities on Thursday searched the offices of a political consulting firm in Annapolis that has worked with Republican candidates locally and nationwide and was sued in 2014 on allegations of fraudulent fundraising practices, Fenit Nirappil, Josh Hicks and Matea Gold of the Post report.

HOGAN TAKES GOV’T TO CARROLL: When it comes to health care policy, Gov. Larry Hogan said Thursday that he prefers to chart a middle path between Democrats who would like to preserve Obamacare in its present form and some Republicans who would like to repeal and replace it. “As we’ve been doing on almost every issue, find common ground, find common sense, bipartisan solutions,” Hogan said in a story written by Emily Chappell and Jon Kelvey for the Carroll County Times..

ASSAULT-STYLE WEAPONS CASE: Chief Justice John  Roberts on Wednesday granted gun-rights advocates a 60-day extension for filing in the U.S. Supreme Court their request that the justices hear arguments and strike down as unconstitutional Maryland’s ban on military assault-style weapons and high-capacity magazines, those carrying more than 10 rounds of ammunition, Steve Lash of the Daily Record reports.

BAY GRASSES RETURN: Underwater grasses, one of the most closely watched indicators of Chesapeake Bay health, surged to the highest levels seen in decades, according to survey results for 2016. This is the second straight year that grasses have set a record, Karl Blankenship of the Bay Journal writes in MarylandReporter. Nearly 100,000 acres of the Bay’s and its tidal tributaries were covered by the underwater meadows, which provide habitat for juvenile fish and blue crabs, as well as food for waterfowl.

CAROZZA VS MATHIAS? If it happens, it would be a battle of political titans. On the right, Mary Beth Carozza, 56, first-term delegate in the Maryland General Assembly — smart, polished, energetic, compassionate, serious. On the left, second-term state Sen. Jim Mathias, 65 — smart, polished, energetic, compassionate, serious. According to Monday’s Post, the state’s Republican leaders will try in the next election cycle to break the veto-proof majority Democrats have held in the state legislature for nearly a century. Republicans are said to be targeting six seats: Mathias’ District 38 perch is among them, Greg Bassett of the Salisbury Independent writes.

RACE BIAS CLAIMED IN SUIT: Former Anne Arundel County Circuit Court candidate Rickey Nelson Jones, appearing Thursday at a hearing on a lawsuit he has filed, accused the state of sponsoring “racial discrimination” in its judicial selection process. Phil Davis of the Annapolis Capital reports that Jones, a Baltimore attorney, lost his election bid to the Circuit Court bench in 2016. His lawsuit against Court of Appeals Chief Judge Mary Barbera claims discriminatory practices by the Judicial Nominating Commission.

ARUNDEL AS DEM BELLWETHER: In the run-up to the 2018 and 2020 elections, Anne Arundel County could be a bellwether — not just for the state, but for the nation.  Amanda Yeager writes in the Annapolis Capital that that  was the message Democratic National Committee Chairman Tom Perez brought to local Democrats at the Anne Arundel County Democratic Central Committee’s annual celebration dinner Thursday night.

TRUMP AT CAMP DAVID? President Donald Trump’s first trip to Camp David could be in the offing. The Federal Aviation Administration issued a notice to pilots earlier this week indicating “VIP movement” in Thurmont  today, Saturday and Sunday, writes Danielle Gaines in the Frederick News-Post.

ROSENSTEIN GETS TRUMPED: In an opinion piece for the Sun, Tricia Bishop writes, well, that didn’t take long. Less than two weeks after being sworn in as the U.S. deputy attorney general, Rod Rosenstein, who has long enjoyed bipartisan support as a federal prosecutor, got played by the Trump administration. The president used Mr. Rosenstein’s respected reputation  to whitewash the vindictive firing of FBI Director James Comey. Mr. Rosenstein is now viewed by some as either a willing shill or a naive patsy, and he will never again be described in apolitical terms.

DANCE’s PAYOUT: Unlike the superintendent of Howard County schools who walked away from her job with a $1.65 million payout last week, Baltimore County’s superintendent, Dallas Dance, is leaving the position with just what he is owed in his contract for this year, Liz Bowie reports for the Sun.

ANNOYING SUN VIDEOS: Would the Baltimore Sun PLEASE put the videos on the top of stories on mute so that they don’t suddenly start blaring out at 11:30 p.m. or other inconvenient times. And they could also allow the annoying pop-up ads to be closed without covering the story.