PASSING INTO LAW: Gov. Larry Hogan has chosen not to fight the Democrat-dominated legislature on 15 bills they sent to him early, expecting vetoes on some.The governor lost a battle Thursday over the Protect Our Schools Act, a bill to set up new standards for failing schools and preempt authority of the state school board. Hogan vetoed the bill Wednesday. Len Lazarick of MarylandReporter writes that on Thursday afternoon, the House overrode his veto by a vote of 90-50, and the Senate followed suit with a vote 32-15. 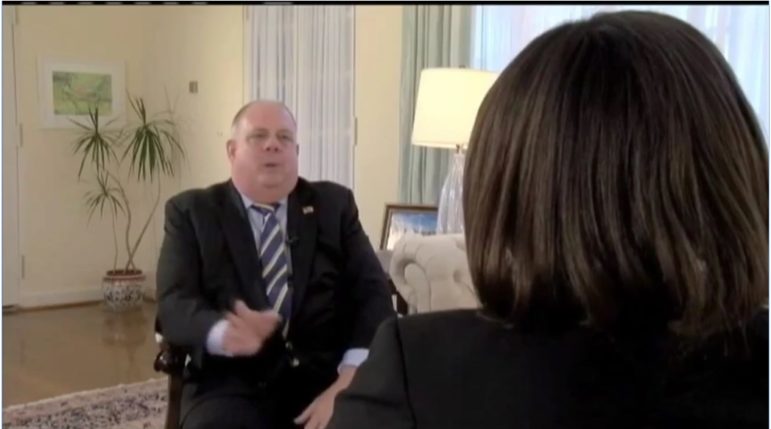 PLANNED PARENTHOOD BILL: Maryland became the first state in the nation to agree to reimburse Planned Parenthood clinics for their services if Congress defunds the organization, after Republican Gov. Larry Hogan allowed the bill to become law Thursday without his signature, Ovetta Wiggins and Josh Hicks of the Post reports.

OYSTER SANCTUARY PROTECTION: Scott Dance writes in the Sun that a plan that Gov. Larry Hogan’s administration had been considering to give watermen periodic access to oyster sanctuaries is dead in the water now that a recently passed bill has become law without Hogan’s signature. The measure bars harvesting within protected oyster bars until a thorough survey of the bivalve population is completed next year.

BAIL BOND BILL DIES; COURT RULING STANDS: A bill that would have resurrected the bail system in Maryland will not get a vote in the House of Delegates, a top aide to House Speaker Michael Busch said late Thursday, after Democratic leaders concluded it would not have enough support to pass, Ovetta Wiggins of the Post reports.  Alexandra Hughes, Busch’s chief of staff, said the speaker made the decision after Democratic members polled their caucus to see how members would vote.

SCHOOL BILL VETO OVERRIDDEN: The AP is reporting that under the bill, academic performance would comprise 65% of a formula to identify struggling schools, with a variety of other indicators also playing a role in evaluating performance. Supporters say the plan takes a creative approach to provide a big-picture view of how schools succeed, including attendance, safety and teacher quality.

CHILD MARRIAGE BILL: A Howard County delegate’s crusade to end child marriage in Maryland has again faced opposition this session from legislators who say they understand the importance of stopping forced marriages but do not want to deny “legitimate couples” access to the institution, reports Anamika Roy for the Daily Record.

BREWERY BILL: Liz Murphy of Naptown Pint, in the Annapolis Capital, tries to dissect what happened to the bill that was supposed to help craft breweries in Maryland thrive and give the Guinness company a foothold in the state, but in the end did not. Teetotaling Del. Charles Barkley is crucial to the story.

CURBING SUSPENSIONS: The Sun’s Michael Dresser reports that legislation that would severely curb the practice of suspending or expelling the youngest public school students is on the brink of passage after both the state Senate and House of Delegates gave it preliminary approval Thursday.The measure is expected to receive final approval as early as today.

PRESCRIPTION DRUG PRICES: In an op-ed for the Sun, Sen. Steve Hershey writes that “there is a bill backed by Attorney General Brian Frosh, House Bill 631, moving through the Maryland General Assembly propelled by an unhealthy mixture of bad economics and political theater. It threatens the one sector of our health care economy that is saving all of us money — generic medicines.”

JEALOUS AIDE: As he ponders whether to run for governor in 2018, former NAACP President Ben Jealous has turned to a well-known state Democratic operative to help his exploratory effort, Josh Kurtz of Maryland Matters writes. Travis Tazelaar, a former executive director of the Maryland Democratic Party, is one of the people guiding Jealous as he travels the state, gauging whether to jump into the gubernatorial fray. Tazelaar would also assume a top role in any formal Jealous campaign – perhaps as campaign manager.

CUMMINGS ADDS AN ‘IF:’ U.S. Rep. Elijah E. Cummings is disputing President Donald Trump’s characterization of a conversation they had at the White House last month — arguing he never said Trump would “go down as one of the great presidents.” John Fritz of the Sun writes that Cummings said his remarks were much more nuanced and contained an “if.”

HOUSE SHUT OUT BY O’s: For the second year in a row, most of the Baltimore Orioles team visited the Maryland Senate, which took a 20-minute recess to mingle with and have their pictures taken with the baseball players. But the team again skipped the House of Delegates session, leading Del. Pat McDonough to suggest the headline for this item.