Trucks that use a three-mile approach to Francis Scott Key Bridge pay a $12 toll even when they don't use the bridge. Photo by Forsaken Fotos with Flickr Creative Commons License

For years now, southbound trucks working the Port of Baltimore have inundated residential neighborhoods in Dundalk to avoid the toll at the Francis Scott Key Bridge on I-695.

A bill in the Maryland General Assembly, SB536,  hopes to change that, and boost prospects for a $2 billion redevelopment of the old Sparrows Point steel mill that could bring more industry and jobs to Maryland.

Freight haulers complain the toll is for a bridge they don’t actually cross when their return trip sends them back north with cargo from Dundalk Marine Terminal.

Currently, trucks exiting the southbound inner-loop on I-695 must pay the toll before exiting onto Broening Highway, just a half-mile before the bridge crossing. At the time the toll is paid a voucher is given to the driver to present at the northbound toll for the return trip north — so a toll is not charged a second time.

Broening Highway is the main artery to the rail and ship yards at Dundalk Marine Terminal. It costs a six-axle vehicle $12 for the toll, down from $30 before tolls were lowered in January 2016. It is $6-$10 for other vehicles with more than two axles.

Wear and tear on local streets

The practice of trucks detouring through residential neighborhoods in Dundalk has accelerated wear and tear on local streets and raised safety concerns from residents and community leaders, said Sen. Johnny Ray Salling, R-Baltimore County. He introduced SB536 to prohibit the Maryland Transit Authority from charging a toll to any vehicle that doesn’t actually cross a bridge.

The bill would require Maryland Transportation Authority to build a non-tolled bypass lane to separate traffic that doesn’t cross the bridge. A legislative analysis puts the cost at approximately $3.1 million, and the executive director of the MDTA testified against the bill because that cost would be unfairly borne by all users of the road.

Edie Brooks, vice president of the Turner Station Conservation Teams, said the bill was necessary to keep trucks from “barrelling” through residential neighborhoods and fouling the air.

“Trucks belong on highways not on our local roads,” she told the Senate Finance Committee Thursday.  “This bill will help keep us safer from the trucks’ polluting presence…and [prevent] trucks from riding through our community devastating our old infrastructure.”

Now the Port’s biggest developer, Tradepoint Atlantic, has joined the chorus with their own concerns that the current toll structure could discourage tenants in manufacturing and freight forwarding from leasing space at their 3,100 acre site at Sparrows Point.

“We have consistently heard from a number of prospective tenants their concerns with the tolling at Broening Highway,” said Aaron Tomarchio, vice president of corporate affairs for Tradepoint in an interview on Monday.

Del. Robin Grammer, another Dundalk Republican, introduced a similar bill in the House last year but it received an unfavorable report from the House Environment and Transportation Committee.

The Tradepoint Atlantic facility is rising from the rust and twisted metal of the old Sparrows Point steel mill that went bankrupt in 2014 to become a premiere warehousing and distribution center for freight moving by land, sea and rail through the port, according to the company.

The redevelopment plan could reach $2 billion by the time it’s finished and could bring upwards of 17,000 jobs to Maryland, Tomarchio said.

Joe Greco, vice president of the marine and commercial trade division for the company said toll costs to move freight between Dundalk and Sparrows Point would be a strong consideration for tenants and freight forwarders using the facility.

“We are creating very large distribution centers, upwards of a million square feet, that will be handling international cargo,” Greco testified. He said the connection from Dundalk Marine Terminal to Tradepoint was “vital link” to the success of the redevelopment.

“When logistics professionals look at their costs, tolls are something they obviously take into consideration,” he said.

“It is true that truckers avoid the toll and come through Dundalk using county roads and there is an impact on infrastructure that we’re already feeling,” Crandell told the committee. “So what we do now in preparation for this massive growth as Sparrows Point is going to be important because whoever the next county executive is…really doesn’t want to come to Annapolis begging for more transportation funding because our roads are facing such an impact.”

The developer has signed leases with Under Armour for 1.3 million square-foot warehouse and distribution center that is scheduled to open in mid-2018 and bring 1,000 jobs. And FedEx will lease 300,000 square-feet for a new distribution center.

MDTA Executive Director Kevin Reigrut testified that exempting commercial traffic from the toll could violate trust agreements with bondholders that prohibit free passage except for emergency vehicles and vehicles driven by state officials during working hours.

He said the cost to create a bypass lane would be unfairly “borne by all other users.”

He said while trucks were not actually using the Key Bridge, they were using “about three miles” of road leading up to the Broening Highway exit.

“They are using a significant part of the MDTA facility,” Reigrut told the committee. He said MDTA’s investment at the facility has been $91 million since 1995 and another $18 million is currently slated for improvements.

Reigrut protested that the bill also takes away the “statutory independence” MDTA has enjoyed historically to fund projects. He said it rewards truckers for illegally driving on residential streets in Dundalk.

“We are obligated to repair the damage and wear and tear these trucks cause whether they transit the bridge or simply turn around and continue north,” he said.

Sen. John Astle, vice chair of the Finance Committee, said MDTA’s position on Francis Scott Key Bridge toll amounted to “hypocrisy” in light of the agency’s willingness to reduce tolls across the board for all Marylanders in 2015.

“I really get a sense of hypocrisy about the MDTA,” Astle said angrily. “I understand you have an obligation to pay your bondholders, but it didn’t seem to trouble you one bit when the [MDTA] board voted to reduce tolls on all the toll facilities in Maryland.”

He said the Tradepoint project would benefit Maryland’s economy. 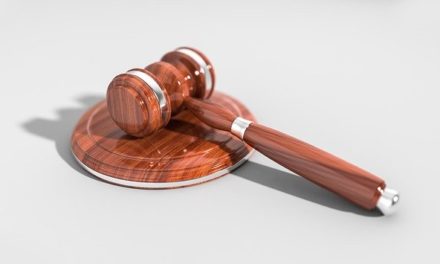