HALF-WAY MARK: The 2017 General Assembly session is entering its second half. The annual 90-day period of crafting new laws reached the 45-day milestone Friday. The session, so far, has been remarkably quiet — promising a frenetic six weeks ahead as lawmakers rush to pass a wide variety of measures before adjourning on April 10, writes Amanda Yeager for the Annapolis Capital. Legislators have a full plate this year, with ample hot-button issues to consider, such as whether to implement a paid sick leave policy statewide and what to do about the approaching end to a moratorium on fracking in Maryland.

JUDGES AND BAIL: Kevin Rector of the Sun reports that in the months since Maryland’s attorney general said the state’s cash bail system violates the constitutional rights of the poor, judges and court commissioners have been requiring fewer criminal defendants to put up money for their freedom. Now they’re holding more defendants without bail instead, according to data obtained by the Sun. They’re also releasing more defendants on their own recognizance, or on unsecured bonds that require no money down.

DOUGLASS STATUE: Outside the State House, as the sun shone down at high noon on the Roger Taney statue, a group including a descendant of Frederick Douglass made another push to bring the abolitionist’s likeness to Annapolis, writes Phil Davis for the Annapolis Capital. Kenneth Morris, the writer and orator’s great-great-great-grandson, lent his voice to the effort to have a statue of Douglass erected on the State House grounds. Their goal: Have a statue of Douglass that would offer a contrast to Taney, the Supreme Court chief justice who authored the 1857 decision in Dred Scott v. Sandford, affirming slavery.

HOTELS GO AFTER AIRBNB: To the hoteliers who are pushing state lawmakers to tax and regulate home and room rentals, the target was clear: Airbnb, the multi-billion dollar corporation that they believe has been unfairly helped by its ability to operate outside the law. But the opponents they faced at a hearing in Annapolis last week were different. Michele Davidson testified that she’s relying on the money she makes renting her Smith Island properties to pay for her four children’s college tuition. Gretchen Maneval said money from short-term rentals has allowed her Baltimore County family to weather a job loss and health problems. The Sun’s Natalie Sherman and Pamela Wood report the story, which is topped by video interviews of Airbnb hosts.

MARRIAGE AGE BILL CRITICIZED: Legislation to prohibit marriage for anyone younger than 18 drew criticism from women’s rights advocates at a hearing in the Maryland House Judiciary Committee on Thursday, Heather Cobun of the Daily Record reports. Michelle Siri, executive director of the Women’s Law Center of Maryland, told the committee the bill, which seeks to prevent young people, particularly women, from being forced into unwanted marriages, comes at the expense of respecting their autonomy.

DROPPING SLOTS: Erin Cox of the Sun reports that after a nearly a decade of losing money, Maryland wants out of the business of owning slot machines once and for all. The state has reaped billions from legalized gambling, but the slot machines cost as much as $30,000 apiece, plus $2,000 a year in maintenance.

PRESCRIPTION DRUG SAFETY: With research showing that many teenagers start drug habits by pilfering their parents’ opioid prescriptions, some advocates are calling for more sophisticated tamper-proof bottles. But legislation to require pharmacists to dispense some drugs in lockable vials quickly faced opposition in the General Assembly. Andrea McDaniels of the Sun writes that the bills in both the House and Senate were quickly pulled when critics complained about the cost and effectiveness of the idea.

MEDICAL MALPRACTICE REFORM: The retired police officer said he feels no ill will toward the doctor or MedStar Union Memorial Hospital in Baltimore, where a faulty piece of equipment used in a medical procedure left him paralyzed.That’s in large part because the physician immediately apologized, and the hospital took care of the man’s medical bills and worked out a compensation plan for long-term care without going to court. Hospital administrators want to see more cases worked out in the same manner and are pushing legislation in the General Assembly that they say would make it easier for doctors to acknowledge when a procedure or surgery goes wrong without that becoming admissible in court, reports Andrea McDaniels of the Sun.

IMMIGRATION-RELATED TRUST ACT: The Trust Act now moving through the Maryland General Assembly proposes sweeping prohibitions on the ability of communities to cooperate with U.S. Immigration and Customs Enforcement, potentially jeopardizing federal funding and collaboration on a host of other issues, reports Bill Turque of the Post.

HOGAN APPROVAL DIPS to 63%: Gov. Larry Hogan remains very popular in the latest Goucher College poll, and a majority lean toward re-electing him, but Marylanders go further than he is willing to do on significant issues such as paid sick leave, raising the minimum wage and school funding. Len Lazarick of MarylandReporter.com writes that a strong majority does favor Hogan’s positions supporting an independent commission for redistricting and focusing transportation funding on roads and highways, not mass transit.

ALLOW TICKET RESALES: State lawmakers will begin hearings this week on legislation that would prohibit companies from restricting the resale of tickets for entertainment and sporting events, reports the Sun’s Michael Dresser.  The proposed legislation has entertainment giant Ticketmaster on the defensive against competitors such as ticket resale website StubHub.

TO FRACK OR NOT TO FRACK? Josh Hicks of the Post travels to Western Maryland to talk with residents and state legislators about their views on fracking. Even some solid Republican residents are unsure of its long-term benefits.

MILLER DEFENDS ZIRKIN: Senate President  Mike Miller on Friday defended Baltimore County Sen. Bobby Zirkin, who was accused of joining a lawsuit in order to get a special postponement granted only to lawmakers. Miller said Zirkin withdrew from the defense team for the University of Maryland Medical System in a medical malpractice case because the General Assembly Ethics Guide says lawmakers generally cannot earn income from state agencies or quasi-governmental agencies, Pamela Wood reports in the Sun.

GIBSON SUCCEEDS OAKS: Gov. Larry Hogan on Friday appointed Baltimore Democrat Angela Gibson to fill a vacant seat in the House of Delegates. Pamela Wood of the Sun writes that Gibson, a longtime employee in the Baltimore mayor’s office, succeeds Nathaniel Oaks, who moved to the state Senate this month. Oaks filled a Senate seat vacated by Lisa Gladden, who resigned for health reasons.

REFORMING BCCC: Pamela Wood of the Sun writes that state lawmakers are pushing to reform Baltimore City Community College, which has been beset by declining enrollment and a diminished reputation. A bill introduced in the General Assembly would create a seven-member reform board that would be charged with adopting new policies and hiring the college’s next president.

IMMIGRANT COMMUNITIES IN FEAR: President Trump’s promised clampdown on illegal immigration is having a distinct impact on the Washington region’s immigrant-rich suburbs, according to residents, advocates, workers and business owners. Fewer people are venturing out into once-lively shops and commercial strips, and the economies of those communities are suffering as a result. Arelis R. Hernández and Patricia Sullivan of the Post report on what is happening in those communities.

HOYER SEEKS REDISTRICTING REFORM: House Democratic Whip Steny Hoyer called on governors of both parties to embrace national redistricting reform when they gathered for the National Governors Association winter meeting in Washington this past weekend, John Fritze writes in the Sun. 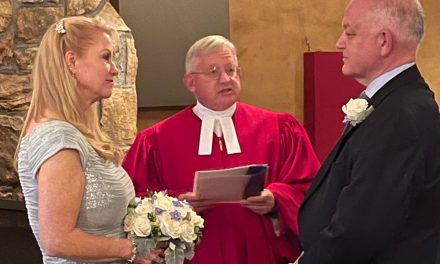