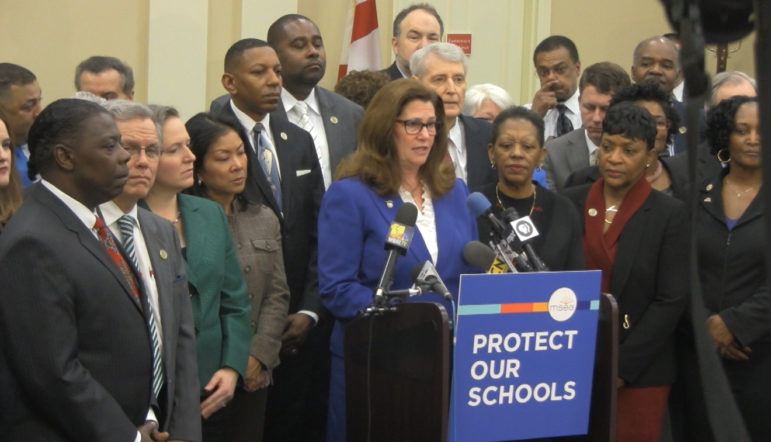 PUBLIC SCHOOL PRIVATIZATION DECRIED: Maryland Democratic lawmakers on Tuesday made their case against a series of state education bills that they say push a “privatization agenda” also championed by President Donald Trump and his controversial new education secretary, Betsy DeVos, Pamela Wood of the Sun reports. Dozens of Democrats joined the state teachers union to decry bills backed by Gov. Larry Hogan that would provide scholarships to private schools and encourage more charter schools in Maryland.

ROAD TOLL BANKCRUPTCY: Excessive penalties and poor customer service at the E-ZPass electronic toll collection system have put some Marylanders on the path to “toll bankruptcy,” Sen. Roger Manno told the Senate Finance Committee last week, reports Daniel Menefee for MarylandReporter.com. “Folks [are] exasperated because they’ve been caught in a system that is not working,” Manno said.

COURT RULES FOR BAIL REFORM: Maryland’s highest court adopted a landmark rule Tuesday aimed at ending the practice of holding criminal defendants in jail before trial when they cannot afford bail, writes Michael Dresser in the Sun. The seven-member Court of Appeals unanimously agreed on a compromise that does not abolish money bail, as some advocates have urged, but instructs judges and court commissioners to look first to other ways to ensure a defendant appears for trial.

FRACKING BAN BILL INTRODUCED: A bill that would ban fracking in the state of Maryland has been introduced in the Maryland Senate, with support from almost half of the chamber, writes Danielle Gaines in the Frederick News Post. Twenty-three senators, including Frederick County’s Ron Young, are co-sponsoring a bill that would extend Maryland’s current two-year moratorium on fracking into a permanent ban.

RANSOMWARE PENALTIES: A bill that introduces steep penalties for the perpetrators of ransomware attacks, like the one that disabled the network of several Maryland hospitals last year, is making its way through the Maryland legislature, Jacob Taylor reports for Capital News Service.

BILL WOULD LIMIT LOCAL MINIMUM WAGE: The chairman of the House Economic Matters Committee Tuesday came out swinging at opponents of his bill that would prohibit local governments from enacting their own wage and employment benefits laws. Del. Dereck E. Davis said his bill would limit a growing and confusing patchwork of minimum wage laws that could endanger job growth in the state while local elected officials said the law is a usurpation of their powers, reports Bryan Sears of the Daily Record.

BANNING PUPIL SUSPENSIONS: Students of color and students with disabilities in prekindergarten through second grade are disproportionately suspended at a higher rate than their peers, according to a state schools report. Sen. Will Smith, D-Montgomery, is sponsoring an early childhood suspension and expulsion prohibition bill, which will ban prekindergarten through second grade suspensions, Brianna Rhodes reports for Capital News Service.

KITTLEMAN TO VETO ‘SAFE COUNTY’ BILL: Howard County Executive Allan H. Kittleman (R) said Tuesday that he will veto a hotly debated bill affirming protections for undocumented immigrants, despite an amendment that dropped a reference to the Maryland suburb as a “sanctuary” community, Bill Turque writes in the Post. Kittleman denounced the legislation last month as a hollow political gesture, which he said purported to address a problem that does not exist in the affluent county halfway between the District and Baltimore.

ON STATE POLITICS: Marc Steiner of WEAA-FM hosts a 50-minute Maryland state politics roundtable to discuss budget cuts in the city, Gov. Hogan’s State of the State address, and the future of the consent decree with Trump in office with Natasha Pratt-Harris, assistant professor of sociology at Morgan State University; Melody Simmons of the Baltimore Business Journal and Bryan Sears of the Daily Record.

700 SEEK AUDIENCE WITH HOGAN: In a letter to the Sun, more than 700 people ask Gov. Hogan to hold a town meeting to hear their concerns and provide them with concrete policy statements and proposals on such things as health insurance, the travel ban and other things affected by the Trump administration.

FREDERICK DEMS PUSH FOR ETHICS BILL: Frederick County Democrats will push forward with their own ethics bill in the General Assembly. Sen. Ron Young and Dels. Carol Krimm and Karen Lewis Young have filed an ethics bill originally included in the county’s legislative priorities — after the bill failed to get a majority of support within the county’s General Assembly delegation last week, Danielle Gaines writes in the Frederick News Post.

DEMOCRATS TO MEET IN BALTIMORE: Democrats will hold a pair of soul-searching meetings in Baltimore this week as the party looks for an approach to President Donald Trump that can unite supporters still bruised by his upset victory last fall. John Fritze of the Sun writes that House Democrats open their annual retreat today at the Inner Harbor, a closed-door gathering Democratic leaders will use to craft messaging and strategy for the months ahead. Later this week, 10 candidates running to lead the Democratic National Committee will take part in a public forum to discuss their visions for the party’s future.

NEXIS FOR FREELANCERS: Nexis has a special offer for freelancers — anybody who writes or edits as independent contractor — that provides their immense database for $240 a year — a 75% discount. The offer is about to expire and it’s a good deal if you do a lot of research. Check it out at ExpertAccess.org. 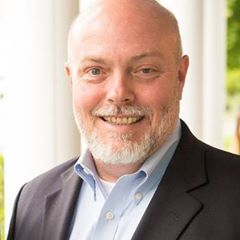 FERLEMAN FOR MoCo COUNCIL: A 50-year-old Germantown Republican has entered the District 2 Montgomery County Council race with a “bring jobs home” campaign, Doug Tallman reports in MyMCMedia.com. “Thousands of jobs crawl down I-270. Those jobs aren’t local anymore,” said Tom Ferleman, who unveiled his campaign Friday. Ferleman, a strategy and innovation consultant for Booz Allen Hamilton, said he wanted to boost the county’s competitive advantage so the area can compete with Virginia and the District. Council District 2 includes Germantown, Montgomery Village, Clarksburg, Barnesville and Damascus. Councilmember Craig Rice, a Democrat, now represents District 2. Rice said he hasn’t decided on whether to run for re-election or to run for county executive.

FICKER FOR EXECUTIVE: At the same Montgomery County Republican Convention where Ferleman announced his campaign, perennial candidate Robin Ficker was soliciting campaign contributions in order to qualify for the county’s new public campaign financing and run for county executive. He said the six time match of contributions of $150 or less for candidates for county executive was the most generous in the nation. MarylandReporter.com

HORSESHOE CASINO REVENUE DROPS: The Horseshoe Casino Baltimore, pushed by city officials as a “game changer,”  registered its lowest level of revenues last month since it opened 2½ years ago. The reason: the glitzy new casino that debuted in December in Prince George’s County, Mark Reutter of Baltimore Brew writes.

MELANIA SETTLES BLOGGER CASE: Attorneys for Melania Trump issued a statement Tuesday saying the first lady has settled the defamation case against 71-year-old Gaithersburg blogger Webster Tarpley, who published claims she had worked as a “high-end escort” in New York City, Andrew Metcalf of Bethesda Beat reports. The statement did not provide details about the settlement, but the first lady’s attorneys said Tarpley agreed to pay her a “substantial sum” as part of the settlement.