RENEWABLES VETO OVERRIDDEN: Pamela Wood of the Sun writes that state lawmakers voted overwhelmingly Thursday to override Gov. Larry Hogan’s veto of a bill to increase the use of renewable energy in the state. The legislation, which will require utility companies in Maryland to buy more energy from sources such as wind turbines, solar panels and hydroelectric dams, became law when the Democratic-controlled General Assembly voted to override the Republican governor. Hogan and GOP lawmakers objected to the cost to consumers.

MOMS, KIDS PUSH SICK LEAVE BILL: Early Thursday morning, moms and children gathered inside the Miller Senate building at tables littered with paper groundhogs and markers, but this Groundhog’s Day gathering was no celebration for Punxsutawney Phil. Instead, the group of fewer than 20, each dressed up in a cape featuring a logo for family-advocacy group MomsRising, gathered to show legislators their support for a paid sick-leave bill, HB1, the Maryland Healthy Working Families Act, Jake Brodsky of the AP reports.

TRANSITIONAL CARE PROVISION: Cross-filed bills in the General Assembly again seek to codify and clarify a 2015 Court of Appeals decision that found juvenile courts have the authority to order transition care for individuals with developmental disabilities as they age out of the foster system, reports Heather Cobun for the Daily Record. House Bill 279 and Senate Bill 272 are identical to legislation that passed the House of Delegates last year but stalled in the Senate. The bills would authorize a juvenile court to direct the provision of services needed after the court’s jurisdiction ends when the child turns 18 or, in special cases, 21.

QUALITY JOBS, NOT JUST QUANTITY: In an opinion piece for MarylandReporter.com, Del. Cory McCray writes that the state needs to not just keep a focus on creating more jobs, it needs to focus on the types of jobs and the salaries they bring in. While Maryland grew in the number of jobs, he continues, it is still collecting less revenue because of the types of jobs.

BROCHIN SEEKS REPEAL OF BOOZE TAX: For a second year in a row, Sen. Jim Brochin is trying to repeal the retail sales tax on alcohol that went from 6% to 9% in 2011. He said it unfairly targets one industry and puts Maryland at a disadvantage with neighboring states, reports Dan Menefee in MarylandReporter.com.

FORT RITCHIE REDEVELOPMENT: Tamela Baker of the Hagerstown Herald Mail writes that legislation designed to aid in the redevelopment of the former Fort Ritchie military base in Cascade is working its way through the General Assembly. Although emergency bills to dissolve the PenMar Development Corp. appear to be headed for easy passage, the jury is still out on a proposal to eliminate sales taxes on materials used in development projects at the old Army post.

HOGAN 401(k) PLAN SOUNDS GOOD, BUT: The editorial board for the Sun opines that when it comes to the financing retirement, Gov. Larry Hogan and the General Assembly are facing at least two challenges. The first is ensuring the state retirement system has enough to finance employee pensions for many decades to come. And the second is the chronic problem of Marylanders, state employees included, who haven’t got enough set aside for their golden years.  401(k) plans sound like a great solution, but the devil is in the details.

MO CO DIVESTING BILL STALLS: After 11 drafts and months of behind-the-scenes negotiations, a bill to start divesting Montgomery County’s employee pension funds from fossil-fuel company stocks is nowhere near a final vote. Fossil-fuel holdings represent just $70 million of the county’s $4 billion pension portfolio. But the debate has become a broader fight over power, prerogative and the best way for the liberal-minded county to fight climate change, Bill Turque of the Post is reporting.

WINDMILL FOR CRISFIELD: WYPR-FM’s Joel McCord reports on how Crisfield, the Eastern Shore town best known for the annual J. Millard Tawes Crab and Clam Bake, will have another claim to fame. It’s about to be the first municipality in the Delmarva region powered by a windmill.

EX-MAYOR PLEADS GUILTY TO THEFT FROM TOWN: The AP is reporting that the former mayor of a tiny Eastern Shore town has pleaded guilty to stealing more than $61,000 in town funds. The Office of the State Prosecutor said in a statement Thursday that former Marydel Mayor Deborah Rowe pleaded guilty to the theft scheme, misconduct in office and forgery. She was indicted in August.

CLERGY SPLIT ON TRUMP’S JOHNSON AMENDMENT VOW: President Donald Trump’s vow to “destroy” a rule that prevents religious leaders from preaching politics from the pulpit drew mixed reactions from Baltimore-area clergy on Thursday. Trump told faith leaders, politicians and dignitaries at the National Prayer Breakfast in Washington on Thursday that he would repeal a rarely enforced IRS rule, Yvonne Wenger reports in the Sun.

DON’T TAKE THE TRUMP JOB: The Sun’s deputy editorial page editor, Tricia Bishop, urges Maryland U.S. Attorney Rod Rosenstein to turn down President Donald Trump’s appointment to assistant U.S. attorney general, writing, “You’ve been a public servant for 28 years now, a dozen of them in this job — you’re the longest-serving U.S. attorney ever, congrats! — so no one would balk if you sold your soul to that particular devil. Selling it to Donald Trump, however, is a step too far.”

CARDIN BILL TO BE ROLLED BACK: Congress is poised to roll back a measure on Friday long championed by Sen. Ben Cardin that requires oil and gas companies to disclose how much they pay to foreign governments — a once bipartisan effort intended to reduce bribery and corruption. The underlying law, which Cardin sponsored with former Indiana Sen. Richard Lugar, a Republican, is intended to provide transparency so citizens in mineral-rich countries can hold their governments accountable for large payments made by international companies for mining rights. 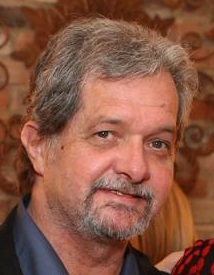 JOE STEFFEN, ‘PRINCE OF DARKNESS,’ DIES: Joseph F. Steffen Jr., a Republican political operative who worked for a decade for former Gov. Bob Ehrlich and  who enjoyed describing himself as the “Prince of Darkness,” died of coronary disease Friday at Johns Hopkins Bayview Medical Center. The Dundalk resident was 57. His daughter Jennifer Steffen, with whom he lived, said her father suffered two strokes several years ago. Jacques Kelly and Luke Broadwater write the obit in the Sun.