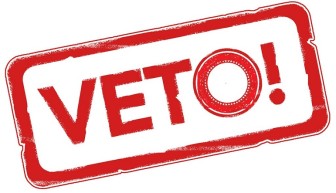 A bill establishing the Maryland Transit Administration Oversight and Planning Board may get enough votes in the House to override Gov. Larry Hogan’s veto from the 2016 session, but the chance it clears the 29 votes needed in the Senate is slim, according to several lawmakers in both parties.

“Although anything is possible in Annapolis, I think this bill is going nowhere,” said a Democrat senator who requested anonymity.

Another Democrat lawmaker, who also did not want to go on the record, said the 26-19 vote “last session, give or take one vote, is about as good as it will get, those 19 nays from [last year] will likely hold.”

Other senators informally agreed with this view.

A House vote on HB1010 has been postponed until Tuesday, which gives the House time to swear in new members filling recent vacancies and gather the 85 votes, three-fifths majority, for an override.

The MTA is a state agency that runs public buses, subway and light rail in the Baltimore region. It is given poor marks by many bus riders, and has been plagued by negative audits for years before Hogan took office.

The bill’s sponsor, Del. Brooke Lierman, D-Baltimore City, would not comment on the challenges in the Senate.

Hogan claimed in his veto last year that the MTA’s “powers and duties would be subject to the authority of the new board” with 11 of the 16-member board representing six jurisdictions in the Baltimore-Washington Corridor.

Board seen as powerless

But many Republicans concede the new board would be as powerless as the new transportation scoring bill enacted in a override last session.

But Hogan also objects to what he sees as wasted money. Legislative analysts estimated that the board would cost $7.3 million to set up in FY 2018 to establish the board and generate reports and surveys mandated in the law.

“That money would be better used to provide transit service to Maryland residents instead of supporting an unnecessary bureaucracy,” Hogan wrote in his veto.
The Department of Legislative Services forecasted additional costs of $1 million annually through 2021 to maintain the board.

Analysis: Legislative pensions will be frozen, but still better than most