The Board of Public Works. Governor's Office photo

Here we go again. In a few weeks, school superintendents will trek, en masse, to the second floor of the Maryland State House to grovel before the Board of Public Works for additional school construction funds.

It is a demeaning “begathon” that long ago outlived its usefulness and turned into a political circus allowing the governor and comptroller to praise and reward their friends in the counties and humiliate their enemies.

This time, the target for Gov. Larry Hogan, Jr. and Comptroller Peter Franchot is Baltimore County Executive Kevin Kamenetz – a man who has signaled a desire to run for statewide office next year.

Anything Hogan and Franchot can do to undercut Kamenetz’ credibility helps their reelection chances.

That explains the consistent animosity by this tag-team tandem toward Kamenetz’ requests.

Franchot has conducted a consistent crusade to force the county to install portable, temporary air-conditioners in all schools lacking central cooling units.

Former Baltimore County executives bear the brunt of the blame for leaving too many school kids in overheated classrooms during the early fall and early summer.

Kamenetz, on the other hand, has been making up for lost time with a $1.3 billion program to get students into air-conditioned schools. But his expensive plan is phased in due to fiscal constraints.

Franchot has persisted in pummeling Baltimore County’s leader for not following his insistence that Kamenetz buy window A/C units.

Each has a point: Kids should not swelter on extremely hot days, yet it makes little sense to spend millions for a short-term fix when a long-term fix is in the works.

The ideal solution is for the state to forward-fund the money Baltimore County needs to finish the job ASAP through a combination of costly upgrades and replacement buildings.

However, neither Franchot nor Hogan has lifted a finger to support the county’s efforts. They could have designated a pot of school construction money for jurisdictions needing window-unit air-conditioners. Instead, they remained silent.

Their goal is to publicly embarrass Kamenetz. Thus, the dynamic duo voted last May to punish Baltimore County (and its school kids) by withholding $10 million in state funds for county school construction – thus delaying portions of the work on air-conditioning classrooms.

The two also withheld $5 million in badly needed construction dollars from Baltimore City, which also is in the process of getting all schools air-conditioned.

They demanded that the two jurisdictions air-condition all classrooms in a matter of months – an impossibility for any number of legal and practical reasons.

The two Annapolis politicos apparently think the city and county can simply wave a wand and, voila! they’ll reverse a situation that’s been festering for two decades.

The reality is that it will take a number of years – and billions – to correct this situation.

When the “begathon” parade shamelessly takes place on Jan. 25, it is likely Hogan in particular will look kindly upon Baltimore City’s requests, including the withheld $5 million, as a goodwill gesture toward the city’s new mayor, Catherine Pugh.

He and Franchot will save their contempt for Baltimore County School Superintendent Dallas Dance and, indirectly, Kamenetz. There could well be “plants” in the room to demonstrate Hogan and Franchot are supported by county residents in their harsh criticisms.

It’s all part of the set-piece melodrama the “begathon” has become.

In most cases, conservative, Republican-leaning counties will be treated with kid-gloves by the Republican governor while Democratic strongholds get a cold reception.

It’s quite a distasteful scene, one that is as unbecoming for the governor and comptroller as it is for the school chiefs forced to grovel before them. 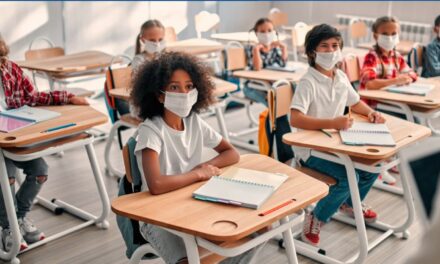