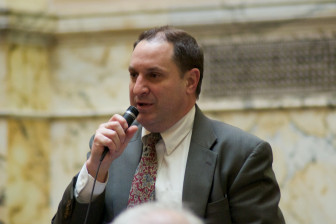 DECISIONS TO MAKE: After Catherine Pugh is inaugurated as Baltimore’s mayor Tuesday, she will promptly face decisions on several contentious issues left unresolved by departing Mayor Stephanie Rawlings-Blake. Pugh, Baltimore’s 50th mayor, will need to conclude a potentially costly legal agreement with the U.S. Department of Justice to curb police misconduct and then negotiate a new contract with the city police union as well as whether to tear down Baltimore’s Confederate-era monuments and whether to bring back speed cameras turned off by Rawlings-Blake’s administration, Luke Broadwater of the Sun reports.

STATE GETS $15M IN PRE-K GRANTS: The U.S. Department of Education and Health and Human Services is making available $247.4 million in pre-kindergarten grants, with $15 million of the funding designated for Maryland, Greg Larry writes in the Cumberland Times News. Counties in 17 other states will be eligible to apply for the funding, including Virginia, which will receive $17.5 million.

CARDIN URGES CONTINUED BAY EFFORTS: Sen. Ben Cardin called on local environmental leaders gathered in Annapolis on Monday to down double on their efforts to protect and restore the Chesapeake Bay, saying “there will be losses” on environmental issues under the Trump administration, Megan Brockett of the Annapolis Capital reports.

CASINO TAKE FOR NOVEMBER: Maryland casinos collected $92 million in gaming revenue in November, a 2.5% increase over the same month a year ago, Ryan Sharrow of the BBJ reports. Horseshoe Casino Baltimore’s revenue rose 15.9% during the month, the largest increase among the state’s five gaming venues, the Maryland Lottery and Gaming agency reported Monday.

WA CO LAWMAKERS HOLD LEGISLATIVE FORUM: Washington County’s state lawmakers will conduct a public pre-legislative forum Tuesday from 6:30 to 8 p.m. in the ballroom at the Grand Piano building at 20 W. Washington St. in Hagerstown. Members of the legislative delegation will speak about the upcoming Maryland General Assembly session and take questions and comments from the audience, the Hagerstown Herald Mail reports.

BUSCH URGES INSPIRATION: The Washington County Democratic Club enlisted one of the state’s top party members to help as local Democrats regrouped on Monday.  Maryland House Speaker Michael E. Busch, guest speaker for the club’s annual holiday dinner, told Tamela Baker at the Hagerstown Herald Mail that “we have to start to get inspired about all the good things that we’ve done as a party, and build off of that. I feel very strongly about that.”

TALBOT ADDRESS SOLAR FARMS: A public hearing is scheduled for 6:30 p.m. Tuesday, Dec. 6, over legislation in front of the Talbot County Council that would regulate solar arrays in the county, Josh Bollinger writes for the  Easton Star Democrat. The legislation was first presented to the county council in October and comes after a temporary moratorium in June on solar array energy systems that occupy at least two acres or more. It is in response to mounting concerns about solar panel projects taking over good agriculture fields if left unchecked.

SRB’s USE OF CAMPAIGN FUNDS IN QUESTION: Mark Reutter of Baltimore Brew reports that Common Cause is questioning Stephanie Rawlings-Blake’s use of campaign funds to hold a party when the soon to be former mayor of Baltimore City is not running or even exploring running for any post.

CITY COUNCIL KEEPS COLUMBUS DAY: In the final meeting of its five-year term, the departing City Council approved Baltimore’s first rezoning plan in a generation and rejected an effort to rebrand Columbus Day, over objections from the audience, writes Yvonne Wenger of the Sun. The council also laid the groundwork for new municipal identification cards and banned the possession of realistic-looking toy guns.

MADD SEEKS PENALTY FOR COUNCIL MEMBER: Arelis R. Hernández of the Post reports that the advocacy group Mothers Against Drunk Driving is calling on a Prince George’s County lawmaker who was arrested last month to submit voluntarily to an ignition interlock program that would prevent him from driving if he has been drinking. Council member Mel Franklin (D-Upper Marlboro) was charged with driving under the influence and related violations after the government vehicle he was driving struck a car stopped at a traffic light, injuring two people.

FIRMS STAND ON LGBT RIGHTS: Most of the Maryland companies mentioned in the Human Rights Campaign Foundation’s 2017 Corporate Equality Index received high scores for corporate policies that support the lesbian, gay, bisexual and transgender community. Anamika Roy of the Daily Record reports that the LGBT rights organization gave 11 Maryland companies, of the 14 included in the report, a grade of 95 or higher. Nine received a perfect score.

MO CO COUNCIL CHIEF BLASTS JUDGE: Montgomery County Council President Nancy Floreen on Monday said a federal judge was “short-sighted” in his latest ruling in an ongoing lawsuit over construction of the Purple Line, Andrew Metcalf of Bethesda Beat reports. “My personal view is that it was incredible a judge could take this position,” Floreen said during a regular morning press briefing. 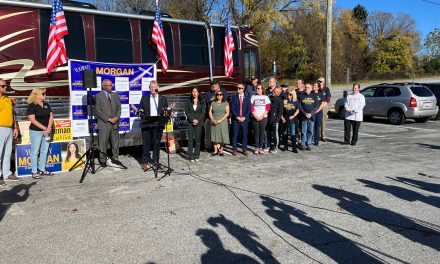