VOTING SYSTEMS CALLED SECURE: Danielle Gaines and Sylvia Carignan of the Frederick News-Post report that Republican presidential candidate Donald Trump has called the election process “rigged,” but Frederick County and Maryland officials assure voters the state’s new balloting system is secure. “Simply put, Maryland’s election systems are secure, have built-in redundancies, and have been subject to security testing,” the state board posted in the “Rumor Control” portion of its website.

HEALTH PREMIUMS TO RISE: As thousands of Marylanders begin enrolling in health insurance on the state exchange starting next week, they’ll face significantly higher premiums that nationwide have turned the Affordable Care Act into even more of a political issue than it already was, reports Meredith Cohn for the Sun.

REVIEWING POLICE BODY CAMS: The impact of the widespread use of police body cameras is still uncertain, but as larger departments continue to put more cameras on the street, prosecutors and defense attorneys have a more immediate concern: how to find time to review all of the footage when it hits their desks, Heather Cobun reports in the Daily Record.

TRANSIT HOPE IN MO CO: Gov. Larry Hogan softened his opposition Friday to a regional sales tax for Metro, telling Montgomery County business and political leaders that he was willing to “keep an open mind” on the issue, Bill Turque of the Post reports. But he also vowed that any tax would have to be strictly regional in nature.

POLITICAL BROMANCE: The Sun’s Erin Cox writes about what has been dubbed the “Maryland bromance” between Republican Gov. Larry Hogan and Democratic Comptroller Peter Franchot. It is on public display twice a month at meetings of the Board of Public Works, but they usually don’t discuss it directly. “I can promise you we talk about gardening,” Franchot said Friday, describing the pair’s occasional dinners. “We talk about our kids. We talk about art. And we do not talk about politics.” Hogan interjected with a playful correction. “I don’t really talk much about gardening,” he said.

SZELIGA A POLITICAL TACTICIAN: Kathy Szeliga is a 55-year-old state delegate from Perry Hall. The candidate for the U.S. Senate seat now held by Barbara Mikulski  has proved to be a surprisingly adept political tactician for someone elected to her first office just six years ago, writes John Fritze in this profile for the Sun.

VAN HOLLEN’S PATH: John Fritze of the Sun writes about the path that Chris Van Hollen forged to get to the place he is now: a candidate for the seat held by retiring Sen. Barbara Mikulski. In his late 20s, Van Hollen was an aide to the Senate Foreign Relations Committee.

TERM LIMITS IN MO CO: An unlikely coalition appears poised to do something unprecedented in left-leaning Montgomery County, a place filled with people who like government — many make their living from it at the federal level — and expect much from it locally, writes Bill Turque for the Post. Unhappiness with a recent run of council decisions has reached a kind of critical mass that includes union members, real estate developers, business leaders, neighborhood associations, and liberals and conservatives.

PG NEEDS NEW HOSPITAL: It took over three years to surmount the bureaucratic, regulatory and political hurdles but it finally looks like a half-billion-dollar, state-of-the-art regional medical center will rise slowly in populous Prince George’s County, opines Barry Rascovar in a column for MarylandReporter.com. It’s way overdue. For a county of 900,000 people, Prince George’s lacks a premier hospital. No wonder so many local residents go outside the county for their medical care.

HO CO SCHOOLS AUDIT: Howard County Public Schools officials awarded nearly $13 million in contracts without a competitive bid, according to a report released Friday by the state Office of Legislative Audits. Bryan Sears of the Daily Record reports that the report found that while “the majority of procurements for goods and services…were handled appropriately,” at least 15 contracts totaling $12.6 millions were doled out to sole bidders by senior management “without adequate justification.”

KITTLEMAN CROWD: A record crowd of over 500 people showed up for Allan Kittleman’s 10th annual fall picnic on the Kittleman family farm in West Friendship, causing a traffic jam on the one-lane driveway. In his second year as Howard County executive, Kittleman noted that this year Howard County has endured a blizzard, a tornado and a flash flood in Ellicott City. Kittleman predicted: “The campaign against me will say: ‘Don’t elect Allan; disasters will follow.'” He is expected to seek reelection.

MOSBY ON POLICE REFORM: Baltimore City  State’s Attorney Marilyn Mosby joins Marc Steiner of WEAA-FM to talk about her proposals for police reform and for investigating and prosecuting police conduct.

EHRLICH ON TRUMP: In this 9 minute interview, former Gov. Bob Ehrlich joined the Jimmy Mathis Show on WBAL-FM to offer his take on the latest controversies relating to Donald Trump as well as the changing demographics of the United States. 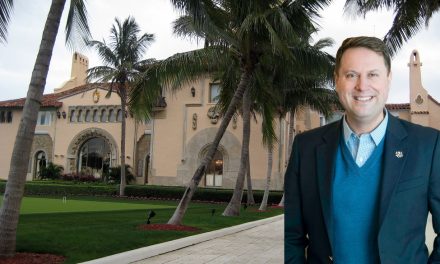