FROSH OPINION COULD ALTER JAIL INDUSTRY: Jail populations in Maryland could fall. Lawmakers might have to confront an issue they’ve sidestepped. And the future of a powerful industry could be in doubt, writes Michael Dresser in the Sun. All are possible results of an opinion issued this week by Attorney General Brian E. Frosh, who concluded that keeping people in jail because they can’t afford bail is probably unconstitutional.

HOGAN WARY ON METRORAIL MONEY: Gov. Larry Hogan said Wednesday that Washington’s Metrorail system must dramatically improve before Maryland will consider providing it with additional tax dollars. “This is unfortunately a system that appears to have been broken for a long time, with nobody really in charge,” said Hogan, noting that Maryland already pays “nearly half a billion dollars” to subsidize the Metro lines that extend into Prince George’s and Montgomery counties, Erin Cox reports for the Sun.

LATEST HOGAN ED ACT CRITICIZED: Gov. Larry Hogan is usurping the state education board’s authority, making it difficult for local districts to escape his requirement that school start after Labor Day, critics said Wednesday. Hogan on Tuesday released an amendment to an executive order he signed in late August. The order forces public school systems across Maryland to start post-Labor Day. The governor and other supporters of the measure have pushed the economic benefits and widespread popularity of the later start time among state residents, reports Jeremy Bauer-Wolf for the Frederick News-Post. 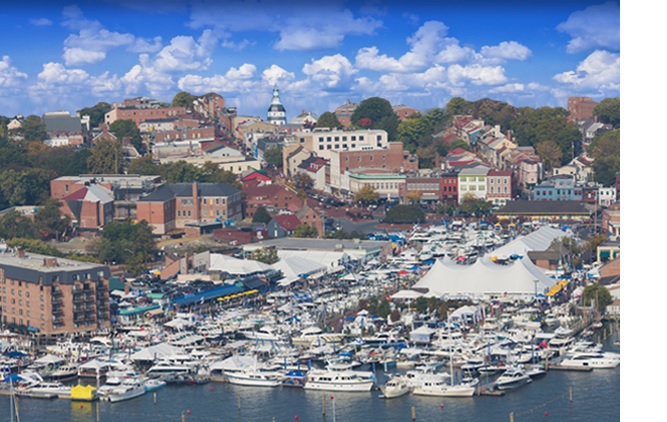 Parking was terrible in Annapolis this week due even on the water due to the boat shows.

GOP OUTPOST IN W. B’MORE: Arthur “Squeaky” Kirk’s community center in West Baltimore is a harbor for students looking to get off the streets and a blessing for families who need to supplement their pantries. And in this polarizing election year, the Martin Luther King Jr. Recreation Center in the Franklin Square neighborhood has also become an unusual base for Republican candidates for office — a tiny outpost for the GOP in one of the most reliably Democratic corners of the state, John Fritze of the Sun reports.

DAILY CALLER’s O’MALLEY CLICK-BAIT: The right-leaning Daily Caller writes that “Former Maryland Democratic Gov. Martin O’Malley told top Clinton adviser John Podesta he was broke and looking for a job earlier this year, according to an email released on WikiLeaks Monday.” Of course, that interpretation seems like a stretch. Here’s what the email said: “Thanks for reaching out. I’m good. No money, but no real debt. Good to be home again actually. I’m now looking for work,” he wrote in the email sent in February.”  O’Malley is likely referring to his campaign coffers when he says “no money, but no read debt.”

KITTLEMAN OPPOSES CHARTER AMENDMENT: Howard County Executive Allan Kittleman told MarylandReporter.com he opposes the public campaign financing charter amendment on county ballots this year because it would force him to use taxpayer dollars to fund candidates, reports Len Lazarick for MarylandReporter.com “There’s no question I support public financing of local campaigns,” Kittleman said, but only if it comes from voluntary contributions, not tax dollars.

CITY POLICE UNION NEGOTIATES REFORMS: Baltimore City’s police union is calling on city and federal officials to include better training, more hiring, technology upgrades and whistleblower protections among the reforms in the consent decree they are negotiating following the scathing U.S. Department of Justice report on policing in the city, Kevin Rector reports for the Sun.

A TALK WITH DIXON: Marc Steiner of WYPR-FM interviews former Baltimore City Mayor Sheila Dixon, who has launched a write-in campaign for the mayoral election next month.

MAYOR BARS RADIO REPORTER: Baltimore Mayor Stephanie Rawlings-Blake has  barred WYPR radio reporter Kenny Burns from her weekly press conferences, according to Mark Reutter in Baltimore Brew. Here’s an updated story from Baltimore Brew. (Comment from MarylandReporter.com: The video and story shows Kenny was being annoying, and this is the sort of shunning Mayor William Donald Schaefer would do. These “bans” tend to blow over, but reporters sometimes need to be annoying. Kenny was doing his job. Schaefer could sometimes be petty when he got angry. Ditto Rawlings-Blake.)