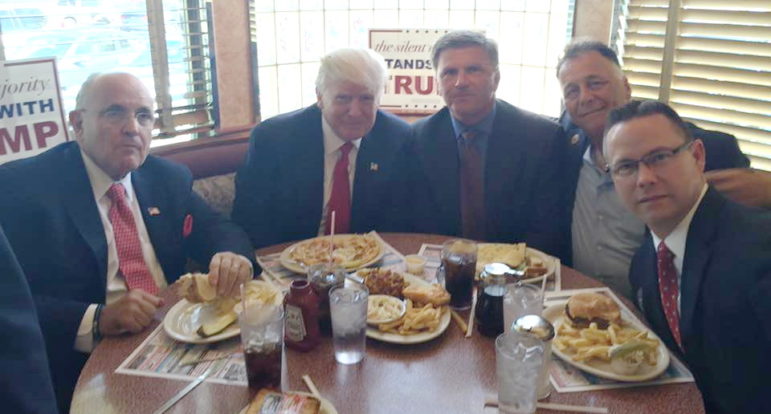 BACKLASH ON DIVERSITY: Aaron Gregg and Fenit Nirappil of the Post write that the medical marijuana commission had made a last minute change in who can grow medical marijuana in order to achieve geographic diversity. That change has erupted into a backlash from the companies that were taken off the list to meet that goal.

YEAR ROUND SCHOOLING: With Comptroller Peter Franchot at his side, Gov. Larry Hogan signed an executive order to mandate that schools start after Labor Day starting in 2017.  On cue, Democratic leaders and teachers unions assailed the idea.  They prefer the status quo. In a column for MarylandReporter.com, Michael Collins suggests that, rather than tinker around the edges, both Gov. Hogan and Democratic leaders should follow Virginia’s lead and try year-round schools.

TWO NAMED TO JUDGESHIPS: Gov. Larry Hogan appointed to the bench Monday a former Baltimore city prosecutor who recently made headlines for quitting her job after raising objections to the continued prosecution of officers charged in the Freddie Gray case. Erin Cox of the Sun reports that Hogan appointed former prosecutor Lisa Phelps as a Baltimore County District Court judge on Monday, filling one of two vacancies on the court.

ON FRACKING AND HEALTH: Nathan Sterner of WYPR-FM, in this 12-minute segment, discusses the health implications of fracking in Maryland with Dr. Brian Schwartz, a professor in the Johns Hopkins-Bloomberg School’s Department of Environmental Health, whose work over the past year that suggest fracking operations could be the culprit in a wide range of health problems, and state Sen. Bobby Zirkin, who first proposed a permanent ban on fracking back in 2014 and plans to do so again in Annapolis next year.

SARBANES’ REFORM AGENDA: Columnist Josh Kurtz of Center Maryland writes that Gov. Larry Hogan has, quite properly, won plaudits for his push to reform the way congressional and legislative district lines are drawn in Maryland. So it’s easy to forget that another prominent Maryland politician has an equally worthy reform agenda: That’s Democratic Rep. John Sarbanes’ legislation to create a public financing system for congressional elections.

HOGAN AS POLITICAL SEER: The editorial board for the Washington Post opines that Democratic lawmakers in Maryland are a frustrated lot. Having run what amounted to a one-party state for all but four of the past 45 years, they are now bewildered by a popular Republican governor. Some of them regard Gov. Larry Hogan as a crafty illusionist whose main asset is good fortune. In fact, Mr. Hogan has been shrewd about one big thing: perfectly reading the state’s political mood.

HOGAN TO ENDORSE HOEBER: Gov. Larry Hogan will make an appearance in Gaithersburg Wednesday to officially endorse and promote the candidacy of Republican Amie Hoeber, who is challenging Democratic Rep. John Delaney for Congress, according to Bethesda Beat.

SKY SPYING OCCURRED IN 2008: The aerial surveillance program conducted by the Baltimore Police Department that secretly recorded over 300 hours of citizens’ comings and goings since January is not the first time Persistent Surveillance Systems has spied on city residents, Fern Shen of Baltimore Brew reports. The police department welcomed the Dayton, Ohio, company to fly over the city in 2008 to demonstrate its surveillance technology to two federal agencies, said company President Ross McNutt.

FICKER WANTS IN: Activist Robin Ficker, who led a petition drive to impose term limits on Montgomery County politicians, isn’t giving up his quest to defend his signature-collecting skills in court. He led a drive to ask voters to decide whether the county executive and council members should be limited to three terms. The question will appear on November’s ballot. But Ficker wasn’t named in a suit challenging the signatures, a fact that he is challenging in court, saying he should be. Doug Tallman reports in Bethesda Beat.