MILLER SEEKS PORTS’ REMOVAL: Brian Witte of the AP writes, in the Cumberland Times News that Maryland’s Senate president says a senior state transportation official should be relieved of his leadership role. Senate President Mike Miller wrote Tuesday that James Ports, a deputy transportation secretary, has shown an “appalling lack of professionalism and substantive understanding” about a law that creates a scoring system to rank transportation projects in the state’s funding process.

SEPTIC PLAN WORRIES BAY ADVOCATES: Some environmental advocates worry that a state plan to roll back regulations for septic systems in parts of Maryland could stall efforts to clean up the Chesapeake Bay, reports Lorraine Mirabella for the Sun. But proponents of Gov. Larry Hogan’s proposal say the O’Malley-era rules, which require septics with advanced technology everywhere in Maryland, offer little or undetermined benefit to the environment, while burdening homeowners and making housing less affordable.

DELEGATE COLLECTS DLC RENT: A company co-owned by state Del. Ben Kramer, who has defended Montgomery County’s embattled Department of Liquor Control, receives more than $20,000 a month in lease payments for a DLC retail store, Andrew Metcalf of Bethesda Beat reports. Personal financial disclosure documents Kramer filed with the General Assembly note he jointly controls the commercial building with his sister, who is the state’s secretary of aging.

SKY HIGH SURVEILLANCE: Since the beginning of the year, the Baltimore Police Department has been using a plane to investigate all sorts of crimes, from property thefts to shootings. The Cessna sometimes flew above the city for as many as 10 hours a day, and the public had no idea it was there. Monte Reel of Bloomberg Businessweek reports. A company called Persistent Surveillance Systems, based in Dayton, Ohio, provided the service to the police, and the funding came from a private donor. No public disclosure of the program had ever been made. 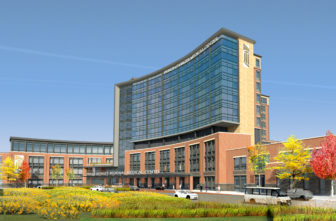 BAND TOGETHER FOR HOSPITAL: Senate President Mike Miller is calling on Prince George’s County Executive Rushern Baker and other elected officials to band together to thwart the efforts of those who “seek to destroy” a long-planned regional hospital center, Ovetta Wiggins writes in the Washington Post. Miller’s letter to county lawmakers came in response to a column in the Capital Gazette and MarylandReporter.com by Michael Collins, a Republican activist from Anne Arundel County. Collins wrote in support of a proposal to open a cardiac-surgery program at Anne Arundel County Medical Center, a project that could compete for patients with the Prince George’s Regional Medical Center that is planned for Largo.

PARCC TESTING BLUES: Maryland public school students improved their performance slightly in the second year of tough new state tests, but overall, in every grade and subject, fewer than half the students were able to pass. Liz Bowie of the Sun writes that the state’s new school superintendent, Karen Salmon, put a positive spin on the results, but one veteran school board member said they were cause for dismay.

SUPERS WANT CONTROL: School superintendents want Maryland to have as much control as possible while the state tries to comply with a new federal education law, reports Jeremy Bauer-Wolf for the Frederick News-Post. Terry Alban, superintendent of Frederick County Public Schools, spoke on Tuesday before the Maryland State Board of Education. Alban is a past president of the professional association that represents the state superintendents.

TANEY DECISION DELAYED: A state panel is postponing its review of a plan to remove from the grounds of Frederick City Hall a statue of the Supreme Court chief justice who wrote the 1857 Dred Scott decision affirming slavery, according to an AP report in the Daily Record.

TERM LIMITS MAKE MO CO BALLOT: Republican activist Robin Ficker has collected enough signatures to place a proposal for term limits on the November ballot, the Montgomery County Board of Elections announced Tuesday. Bill Turque of the Post reports that the ballot question will ask Montgomery voters whether the county executive and members of the County Council should be limited to three consecutive terms.

MUSLIM HOLIDAYS A NO GO FOR BA CO: A move to close schools in Baltimore County for Muslim holidays failed by one vote at the school board Tuesday night, Liz Bowie reports in the Sun. The 6-5 vote came after an emotional discussion among school board members, while dozens of Muslims stood in the audience.

MO CO LOCKED INTO ARTS: Montgomery County is partnering with Artspace, a Minneapolis nonprofit organization, to convert Silver Spring’s former Third District police station into a kind of urban artists colony. Where officers once turned out for roll call, and criminal suspects were interrogated, 30 work studios would accommodate painters, sculptors and dancers, Bill Turque of the Post writes.

YOUNG GUILTY OF PROSTITUTION CHARGES: An Anne Arundel County judge on Tuesday found Blaine Young, the former president of the Frederick County Board of County Commissioners, guilty of three prostitution-related counts, reports Kelsi Loos for the Frederick News-Post. The judge then gave Young probation before judgment. In court, the judge also said Young would pay $200 in court costs and fines. However, in a phone interview later, Young said court papers actually listed that total as $142.50.