HOGAN APPOINTS A BEREANO TO COURT: Gov. Larry Hogan on Tuesday appointed three people to the Prince George’s County District Court, including a lawyer who is the son of  prominent and controversial Annapolis lobbyist Bruce Bereano. Bryon Bereano is a widely respected attorney for the Prince George’s County Office of Law and was vetted by the state’s non-partisan judicial nominating commission. His father, Bruce Bereano, is the second-highest paid lobbyist in Annapolis and an ally of Hogan, reports Erin Cox in the Sun.

LEAD PAINT VERDICT UPHELD: The Court of Special Appeals has upheld a $1.45 million verdict awarded to a woman who alleged she suffered brain damage due to her exposure to lead paint in a Baltimore rowhouse where she lived as a child, reports Lauren Kirkwood in the Daily Record.

STATE, NCAA SETTLE IN ATHLETE’S DEATH: The NCAA and the state of Maryland have reached settlements with the family of a Frostburg State football player who died from concussion-related injuries in a case that could have nationwide implications for college sports, Michael Dresser of the Sun reports.The state’s part of the deal is scheduled to go before the Board of Public Works today. The three-member panel is expected to vote on a proposed $50,000 payout to the family of Derek Sheely, who died in 2011 after he collapsed on the practice field from a traumatic brain injury.

MD GOV HOPEFULS AT DEM CONFAB: Between breakfast pastries and late-night receptions, at least three prominent Democrats from Maryland considering a run for governor in 2018 are circling each other. All three are working — some more subtly than others — to be seen by party insiders and to meet with outside groups that could be helpful if they decide to run, reports John Fritze of the Sun. Video interviews top the article. 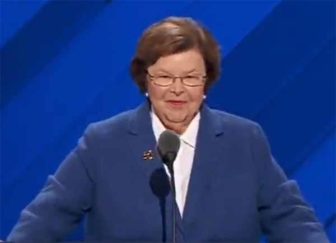 MIKULSKI TAKES STAR ROLL: Marylanders again had key roles at the Democratic National Convention, with Sen. Barbara Mikulski putting the name of Hillary Clinton in nomination Tuesday evening and Baltimore Mayor Stephanie Rawlings-Blake in her role as convention secretary taking the tally of the delegates that made Clinton the party’s official nominee, reports Len Lazarick from Philadelphia for MarylandReporter.com.

EXCITED TO BE AT DEM CONVENTION: Michael Sawyers of the Cumberland Times News writes, as if Robin Summerfield’s first day as a Maryland delegate to the Democratic National Convention wasn’t exciting enough, he learned at breakfast on Tuesday that U.S. Sen. Barbara Mikulski would nominate the party’s presidential candidate.

B. CLINTON GETS HIGH MARKS: Towson Professor Richard Vatz, in an opinion piece for MarylandReporter.com, gives high marks to Bill Clinton’s highly anticipated speech supporting his wife for the presidency. As so many have noted, it could have gone either way, but Clinton held himself in and kept it shorter and to the point.

HOGAN ESCHEWS PREZ POLITIX: Gov. Larry Hogan didn’t just skip the Republican National Convention. He barely paid attention to it. And he has a distaste for both candidates for president. You can listen to the entire 20-minute interview on the C-4 Show on WBAL-AM.  “I’ve read about (the GOP convention) in the paper, but I haven’t watched a single moment of a single convention,” he told C4 Tuesday during his regular chat with the talk host. “I just don’t feel it’s a real big deal. I was elected to be governor of a state.”

MO’M AT DEM CONFAB: Former Maryland governor and presidential hopeful Martin O’Malley (D) made his first public appearance of the Democratic National Convention late Monday, urging Democrats from his state to defeat Republicans in the general election — but not mentioning Hillary Clinton. O’Malley, who also served two terms as mayor of Baltimore, showed up about midnight at a late-night reception in his honor at the Hilton Penn’s Landing hotel, Josh Hicks reports for the Post.

DELEGATE AMONG JUDGE APPLICANTS: Don Aines of the Hagerstown Herald Mail writes that seven attorneys, including a member of the county’s delegation in Annapolis, have submitted applications to be considered to fill the Washington County Circuit Court vacancy created by the elevation of Circuit Judge Donald E. Beachley to the Maryland Court of Special Appeals. State Del. Brett Wilson, R-Washington, who is also an assistant state’s attorney in the county, is one of the applicants. Another prosecutor, Deputy State’s Attorney Joseph Scott Michael is on the list.

MO CO TERM LIMITS OPPOSED: Bill Turque reports in the Post that a former Rockville City Council member and Democratic activist says he will lead an effort to defeat a term-limits charter amendment that is expected to be on the Montgomery County ballot in November. 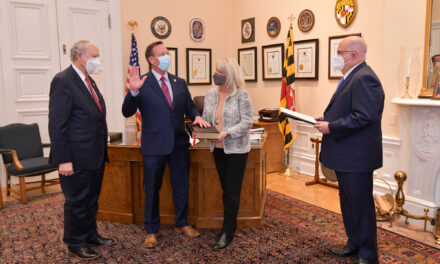