CHANGING DRUG CONVICTIONS: No longer will a person convicted in Maryland of possession with intent to distribute even a small amount of drugs face an automatic prison sentence of 10 years. And hundreds of nonviolent offenders who have been given severe penalties over the past three decades will be able to appeal to a judge to get out years ahead of schedule, writes Ovetta Wiggins for the Post. 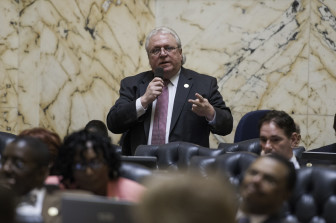 DEL. O’DONNELL TO JOIN PSC: Del. Tony O’Donnell will be stepping down from his elected position this summer, as Gov. Larry Hogan will be appointing him to the Maryland Public Service Commission, which oversees utilities in the state, reports Jason Babcock for SoMDNews.com. The governor’s office confirmed the appointment Wednesday afternoon. O’Donnell, first elected as delegate in 1994, said he will have a formal announcement next week about the move.

JUDGE GETTY: The editorial board for the Carroll County Times opines that Carroll County’s own Joseph Getty will hold one of the highest judicial seats in the state, if his appointment to the Maryland Court of Appeals  is confirmed by the state Senate. The board believes Getty’s experience in both the legislative and executive branches of government should serve him well on the bench, adding a unique perspective to the court.

BARTENFELDER ON AG ISSUES: Maryland Agriculture Secretary Joe Bartenfelder shared his thoughts on issues including the state of Maryland agriculture, Chesapeake Bay cleanup and the economics of the Eastern Shore’s poultry and agriculture industries during an interview with Josh Bollinger of the Easton Star Democrat.

CITY ELECTION SUIT: A group of Baltimore City activists has filed a federal complaint against the city and state elections boards over the most recent election, alleging that voting irregularities irreparably tainted the outcome, the AP is reporting in the Daily Record. The suit was filed by Voters Organized for the Integrity of City Elections against the Baltimore and Maryland elections boards, as well as Armstead Jones, the city elections director and Linda Lamone, the state administrator of elections.

RAISE EXPECTATIONS: Baltimore City’s election administration appears to be suffering from what former President George W. Bush might call the “soft bigotry of low expectations.” Big cities often have problems administering elections in years when new voting systems are implemented, we are told. Overall, administrators did a “pretty good job,” City Council President Jack Young opines. We’re not buying it, opines the editorial board for the Sun. Residents of Baltimore City have every right to expect that their votes will be counted accurately and promptly, just like voters in the suburbs do.

COMPETITIVE 6th DISTRICT RACE:  In a year in which the outcome of most Maryland contests on the November election ballot is all but a foregone conclusion, the sprawling 6th Congressional District could host one of the few competitive races in the state this fall, Louis Peck of Bethesda Beat writes.

LIBERTARIAN PARTY: Danielle Gaines of the Frederick News Post writes that the Libertarian Party’s annual convention made a splash in the news this week, after one candidate for party chair used his time to give a prepared speech to instead strip to his skivvies and dance for the crowd. Aside from that aside, a lot of business was tackled at the convention, most notably the party nomination for president of the United States. There were at least 22 Marylanders at the convention, including Frederick’s own Dr. Kelly Shine.

HAPPY IN HOWARD: Amelia Josephson of Smartasset writes about the happiest places in America, one of which is Howard County, Md.

LOU GRASMICK, MARYLAND CHEERLEADER: Louis Grasmick, a behind-the-scenes political mover and shaker for decades and the husband of  former Maryland Department of Education Superintendent Nancy Grasmick, died in late May. Dan Joerres of WBAL-TV pays tribute to him in this editorial.

WE’VE BEEN tronc’D: You can find hundreds if not thousands of stories on this. But here are just two: Erik Wemple of the Post writes about tronc, the rebranding of the Tribune Co. The melodius  “tronc” stands for “Tribune online content.”  And in a season of mistakes, missteps and miscalculations by this once formidable media company, tronc is just the latest. 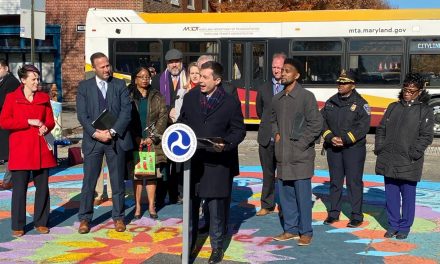