AMTRAK TO FIX 2 MD. BOTTLENECKS: As Amtrak trains whisk passengers hundreds of miles along the East Coast between Boston and Washington, they’re forced to slow down at four pinch points in Maryland, where ancient railroad infrastructure can’t accommodate the high speeds and capacity of modern train technology, writes Colin Campbell for the Sun. Officials have begun planning to fix two of the bottlenecks, the Susquehanna River Rail Bridge, which opened 110 years ago, and the even older Baltimore and Potomac Tunnel, built under the city in the decade after the Civil War.

CLEANER AIR: Marylanders are breathing the cleanest air in years and it’s getting better, the Maryland Department of the Environment announced Monday. Pat Furgurson of the Annapolis Capital reports that that is especially good news for Anne Arundel county residents who in 2000 suffered under the worst air pollution in the state and 11th worst air of any county in the country.

THANKS GOV. HOGAN: Columnist Josh Kurtz takes Gov. Hogan to task in this piece for Center Maryland. “Thank you, Gov. Hogan. He wants thanks for keeping the peace after last year’s Baltimore riots? There, we’ve just said it. Thank you also, Governor, for reminding us how petty and thin-skinned you can be. … Thank you for revealing that you view tackling urban problems as an annoyance, rather than a responsibility and an opportunity. Thank you for continuing to use last year’s Baltimore riots as a dog whistle to those of your supporters who have a healthy fear and loathing of the majority-black city.”

GREEN PARTY CANDIDATES: There was another primary in Maryland’s 8th Congressional District last week — for the Green Party. Bill Turque of the Post reports that because state law restricts minor parties from the primary ballot, they’re on their own if they have contested races. So the Maryland Green Party ran its own mail-in primary during the month of April, counting the votes at a private residence in Bethesda on Sunday.

INSIDE BELTWAY HELPED RASKIN: Jamie Raskin’s success at inside-the-Beltway polling locations last week played a significant role in his Democratic primary victory for the District 8 House seat, reports Aaron Kraut for Bethesda Beat. And it was no surprise that huge support in his home base of Montgomery County helped Rep. Chris Van Hollen fend off Rep. Donna Edwards in a rough-and-tumble race for a shot to replace Barbara Mikulski in the U.S. Senate.

GROUP SEEKS HALT TO CITY ELECTION CERTIFICATION: Robert Lang of WBAL-AM is reporting that a group of voters and activists are going to ask Gov. Larry Hogan to order a halt to certifying election results in Baltimore City, to allow the Office of State Prosecutor to investigate irregularities in voting during Tuesday’s primary.

CITY ELECTION CHIEF DEFENDS STAFF: Baltimore City’s election chief is defending the integrity of last week’s primary amid allegations that some ballots went missing and others were incorrect, Yvonne Wenger and Michael Dresser of the Sun report. Armstead B.C. Jones Sr., director of the Baltimore City Elections Board, dismissed the accusations, saying his staff carried out their duties properly. He stressed that the election results are unofficial until all votes are counted.

PART 2: ON THE BUS FOR HEALTH: In Part 2 of the five-part Unhealthy Baltimore series by CNS staff, Rachel Bluth takes us along on a journey as one woman, Sharlene Adams, spends an entire day riding the bus system to see her doctor, then to buy a much-needed blood-pressure cuff and medicines and other supplies needed to keep herself healthy.  The story appears in MarylandReporter.com. 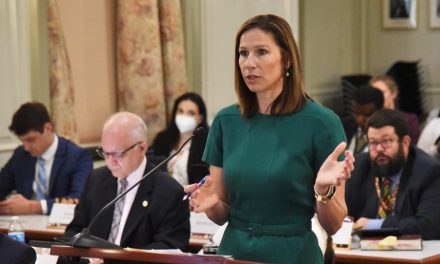 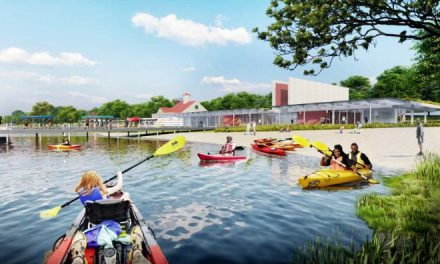