Limit on school testing passes House, as do other measures to control testing 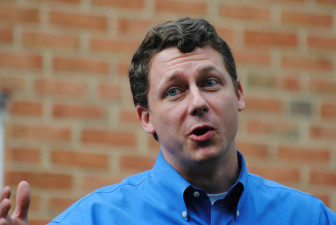 Reflecting overwhelming bipartisan opposition to over-testing of public school students, the House of Delegates on Monday voted unanimously to restrict mandated standardized testing to 2% of instructional time — about 20 hours per school year.

The bill, HB141, by Del. Eric Luedtke, D-Montgomery, was the most comprehensive of a package of bills in House and Senate reflecting the eagerness of teachers and parents to limit the amount of tests imposed by federal, state and local authorities.

“This bill is written as generally as possible” to allow for local interpretation, said Luedtke at a hearing on the bill.

Both chambers have also unanimously passed legislation that stops the use of individually administered kindergarten tests that had teachers upset at the time taken to give the tests to all students and provide the data to the state education department.

Those bills, HB657 and SB794, sponsored by Del. Haven Shoemaker, R-Carroll, and Senate Minority Leader J.B. Jennings, R-Baltimore-Harford, now permit those tests to be used on a sample of kindergarten students before they start school. Slight differences between the two bills as amended still need to be worked out.

A third set of bills, HB412 and SB533, requires Maryland’s 24 school systems to post on their websites a slew of information about tests given in the schools. That includes the title of test, the purpose, the grade level and subject area, whether the test is mandated and whether accommodations are available for students with special needs.

The bills, sponsored by House Majority Leader Anne Kaiser, D-Montgomery, and Sen. Paul Pinsky, D-Prince George’s, vice chair of the education committee, both passed the House and Senate last week. There was some Republican opposition in the Senate, but it passed the House unanimously.

None of this legislation applies to the kind of routine tests and quizzes given by teachers as part of instruction, but only to standardized tests imposed from outside the schools.

Members of the Maryland State Education Association, a teacher and educational worker union which was instrumental in pushing for creation of the testing commission, had been actively lobbying individual lawmakers for passage of all the testing legislation.

“The emails, phone calls, lobby meetings, and social media posts by thousands and thousands of hard-working educators have put this issue squarely on the legislature’s agenda and created real momentum to significantly scale back standardized testing in Maryland schools for next year,” MSEA President Betty Weller said in a statement.