Comptroller seeks to withhold tax refunds from those with arrest warrants

By Josh Magness and Lexie Schapitl 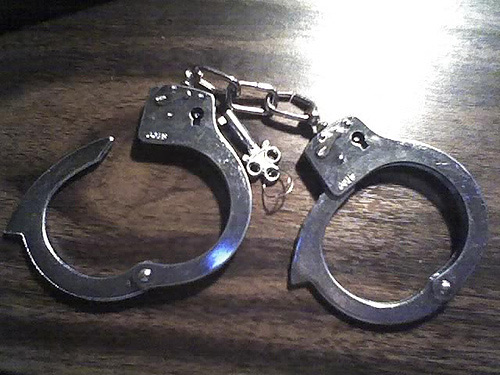 The comptroller’s office would be able to withhold tax refunds from individuals who have outstanding arrest warrants throughout the state, under a pair of Maryland bills designed to provide criminal suspects with a financial incentive to turn themselves in.

At a press conference and a House Ways and Means Committee hearing Tuesday, State Comptroller Peter Franchot, legislators and law enforcement officials spoke in favor of the Tax Refund-Warrant Intercept Program. The program is a way to reward law-abiding citizens and diminish the potential risk police officers may face, supporters said.

Under the program, the comptroller’s office mails a letter to those with outstanding warrants, informing them of an opportunity to turn themselves in to law enforcement. Similar plans are operating in Anne Arundel and Washington counties, Franchot said.

Those named in a warrant can come in under safe and controlled conditions, affording them the opportunity to arrange for bail, find an attorney and avoid public embarrassment, Anne Arundel County Sheriff Ron Bateman said.

“In my 37 years of law enforcement, I see this as the most efficient and effective way to serve an arrest warrant bar none,” Bateman said at the press conference. “This offers levels of safety that don’t exist today.”

The comptroller’s office estimates there are roughly 200,000 outstanding warrants in the state, and 133,000 of these are in counties not participating in the program, according to a legislative analysis.

Franchot said the warrant intercept programs in Anne Arundel and Washington counties have been “an extremely effective mechanism in serving outstanding warrants.”

Since 2013, the comptroller’s office has withheld nearly 1,500 refunds totaling more than $997,000, Franchot said. The office eventually released $812,543 after 1,107 warrants were satisfied, according to Franchot.

Unclaimed refunds will “sit in perpetuity” until individuals satisfy their warrants, according to Vicki Fisher of the comptroller’s office.

“These are people who come in and do the right thing and settle their warrant,” Franchot said. “We simply give them some incentive.”

Sen. Ed Reilly, R-Anne Arundel, who is sponsoring the Senate bill to authorize the program, said “hundreds upon hundreds” of warrants have been successfully cleared in his county since withholding tax refunds.

“The counties will still have local control and will be able to opt in or out of the program,” the delegate said. “That is very important.”

At the hearing, Bateman said the program provides law enforcement with another tool to mitigate dangerous circumstances.