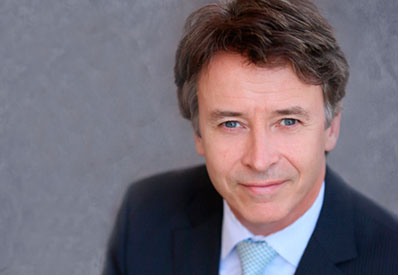 If you believe that all press is good press, Simon Newman is a marketing genius.  The new president of Mount St. Mary’s in Emmitsburg has managed to attract national attention for his university with a single turn of phrase.

As part of a plan to improve—or manipulate–the statistics that are reported to the federal government, Newman urged the university to identify struggling freshmen who are unlikely to succeed and encourage them to leave early in their first semester.  Newman’s “genius” was demonstrated in the way that he characterized those students—not as “cuddly bunnies,” but rather as bunnies that need to be drowned or to have a “Glock put to their heads.”   What most universities now refer to as “enrollment management” has never employed such colorful or evocative language.

Before joining the chorus of those who have condemned Newman for his choice of metaphors, let’s put the issue into context.  Then we can add to the condemnation.

A stranger to higher education

Newman is a stranger to higher ed, having spent decades in the financial sector.  His success there obviously impressed the board members who hired him last fall.  His pitch to restructure the Mount, double its enrollment and make it a more business-like operation seems to have the full backing of the board, as indicated by their continued support for him as the public controversy has unfolded.

Even before his “bunny” comments became public, Newman had stirred up a good bit of debris in his wake.  A number of senior officials at the university were fired soon after his arrival.  The university’s provost, who disagreed with Newman on the approach to new students, was pushed out of his job and two faculty members who voiced concerns were fired, but have since been rehired.

Change is hard at universities

Newman has avoided responding publicly to the backlash, saying that he is taking the high road and that change is always hard.  The latter point is a fair one.  Universities are by their nature incredibly traditional institutions.  Some faculty members find the continuity of the academic environment one of its most attractive features.  Moreover, some universities are facing financial challenges that will, in fact, require changes in the way they operate if they are to survive.  That probably is the case for Mount St. Mary’s.

On the other hand, approaching leadership of a university in the same manner that a bull might enter a china shop is filled with its own perils.  Students and their parents have a legitimate expectation that the reasons that led them to apply in the first place are still relevant.  Finding a healthy balance between continuity and change is a more likely recipe for successful institutional transition than blowing up the place.

Moreover, running roughshod over the faculty is a counterproductive way to deal with the university’s most valuable asset.   Coming from the background that he does, Newman perhaps finds the concept of faculty governance both annoying and outdated.  He may win the short-term battle but he is setting himself up for a long war.

None of these points, however, is the most fundamental mistake that Newman has made.  The notion that you toss new students overboard before they have a chance to get their sea legs—I realize the metaphors are coming hot and heavy and mixed—represents a fundamental abandonment of the education mission that should be guiding his decisions.

The transition from high school to college is among the biggest challenges that most individuals face, coming while they are still relatively immature and have had limited life experience.  Moreover, the members of any college freshman class come with a wide array of backgrounds and high school preparation.

The job of a university is to take those students and nurture them, teach them new skills, expose them to challenges that are new, help them grow.  There is no way in the world that you can by the mid point of the first semester have any real understanding of the potential of a student to succeed in a brand new environment.

Newman’s plan to “drown bunnies” constitutes educational malpractice.  Rather than putting a Glock to their heads, the university should be evaluating their strengths, the areas in which they need assistance and figuring out how to help them succeed.  By that one turn of phrase, Newman has demonstrated clearly and unequivocally that he is in the wrong business.

He should get himself hired to run a widget factory or go back to moving money around for big fees.  Newman clearly has no understanding of the purpose of a university and shouldn’t be let anywhere near one.  That’s obvious and it didn’t even take a semester to figure it out.

Mount St. Mary’s board needs to show Newman the door before he totally ruins the reputation of the institution.

Laslo Boyd has held posts in higher education and state government and worked as columnist and a political consultant. He can be reached at lvboyd@gmail.com.

The Washington Post editorial page had even harsher words for Newman.