Not all significant news makes the front page (or whatever the social media equivalent is today).  In recent days, we have been consumed, depending on our individual interests, by the Super Bowl; the traveling carnival sometimes referred to as the contest for the Republican Presidential nomination; the unexpected drama of the Democratic race between Hillary Clinton and Bernie Sanders; our concerns about international terrorism; the zika virus and countless other national, local and personal matters.

Meanwhile, in a development well off the radar screen, a federal judge in Baltimore last week issued an order that marks the most recent stage in a controversy that has been percolating for years.  It is a dispute that has rarely burst into public view, one that is followed closely only by those directly involved.   Nonetheless, it could have a profound and far-reaching impact on public higher education in Maryland.

The so-called “Coalition Case” involves a lawsuit against the state brought by supporters of Morgan State University and the three other Historically Black Colleges and Universities (HBCUs) in Maryland.  Relying upon a 1992 U.S. Supreme Court decision that found “vestiges” of segregation in Maryland’s system of public higher education, the plaintiffs have been seeking a judicial order requiring Maryland to provide a range of specific remedial actions to make the HBCUs more viable and competitive with other universities in the state.

How Judge Blake has ruled

In 2013, Judge Catherine Blake rejected two of the plaintiffs’ principle arguments—that HBCUs are underfunded and that they are overly constrained in their institutional missions.   She agreed, however, that there was still a pattern of “unreasonable duplication” in degree offerings between historically white and historically black colleges.  If that sounds a bit arcane, an English-language translation is that HBCUs want exclusive authority to offer certain high demand academic programs to ensure both enrollment and diversity of their student bodies.

Recognizing that fashioning a specific remedy to implement the finding would take her into uncharted waters, Judge Blake instructed the parties to seek a mediated solution to what looked like a significant impasse.   Over the better part of a year there were discussions that, to no one’s surprise, failed to find common ground.  The chasm between the parties became evident when each side in late 2015 submitted their own recommendations to the Judge.

The plaintiffs urged Judge Blake to shift a number of popular academic programs from historically white to historically black colleges, proposed a merger of the University of Baltimore into Morgan State, and advocated for approval of new programs not currently on the books at HBCUs.  The state countered with a proposal to set up collaborative academic programs as well as a state fund to support them.

Judge Blake’s answer to the dueling proposals was an order last week calling for an evidentiary hearing to allow her to hear more arguments and gather more information.  It is clear, however, that there has been a shift in her thinking since her first ruling.   Blake took the UB-Morgan State merger off the table and in language very different from her initial ruling emphasized the importance of weighing the impact of any remedy against any damage that might be inflicted on Maryland’s system of public higher education.

That language can in part be seen as a backlash to the substantial overreach of the plaintiffs’ proposed remedies.  Asking to dismantle and transfer programs from other institutions that were meeting the educational needs of students regardless of their race was a real political miscalculation.  The premise of those arguments reflected a focus on institutions rather than students.  That’s been a fundamental flaw of this case from the start.

Judge Blake in her order reminded the participants that there has been agreement that the state’s traditionally white institutions are no longer segregated, an important distinction from the 1992 Supreme Court decision on which the plaintiffs have been relying.  A review of enrollments by race at those other universities reveals a real diversity that would be seriously jeopardized by the proposals made by the plaintiffs.

Race is not an easy issue to discuss in any realm of American life.  There is an entirely reasonable case to be made for the value and role of historically black colleges.  The aspiration should be to make those institutions as good as possible, not to have them exactly replicate or replace multi-race colleges.

But when the argument for shifting programs to HBCUs ignores educational opportunities afforded to black students at those other institutions and pays no attention to the complexities and unintended consequences of implementing the proposed changes, it stands on a very questionable foundation.

Make no mistake, Judge Blake has her work cut out for her as she moves forward with this incredibly complicated and vitally important case.  Finding the balance that takes account of the legitimate needs of Maryland higher education as a whole as well as the value of historically black colleges will not be easy.   Her latest order does, however, offer a greater level of confidence that she is working to find that balance.

Laslo Boyd has held posts in higher education and state government and worked as columnist and a political consultant. He can be reached at lvboyd@gmail.com. 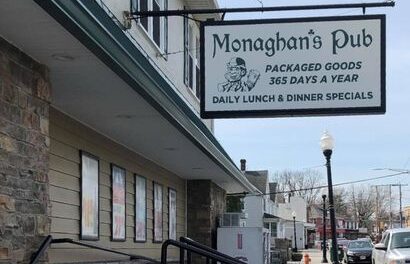 Want to Support Your Local Pub? Here’s How