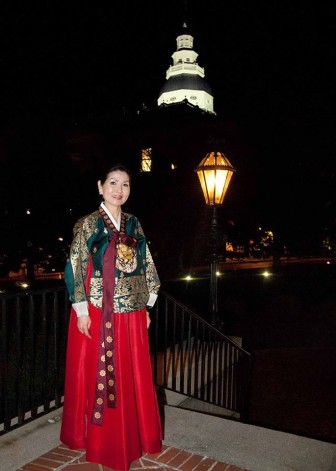 SO MUCH FOR COOPERATION: Michael Dresser and Erin Cox of the Sun report that Gov. Larry Hogan spent much of his annual address to the General Assembly calling for cooperation and bipartisanship, but lawmakers on both sides of the aisle say that is unlikely to happen. Aside from the philosophical divide that splits Republicans and Democrats, a pattern of slights — small and large — has fostered an attitude of mistrust in Annapolis.

ZUCKER’S TWO VOTES: When the House of Delegates voted to override Gov. Larry Hogan’s veto of a bill to speed restoration of felons’ voting rights last month, Del. Craig Zucker of Montgomery County cast one of the 85 votes needed. When the same bill comes up in the state Senate this week, Zucker — sworn in as a senator last week — is expected to provide the decisive 29th vote to make the bill law. The Republican minority in the Senate wondered whether it would be legal for Zucker to cast that vote, writes Michael Dresser for the Sun.

DEALING WITH DRUG PROBLEM: Del. Dan K. Morhaim on Friday proposed four bills that would radically change the state’s approach to dealing with drug problems, in part by removing criminal penalties for low-level possession and adding emphasis on addiction treatment, Josh Hicks of the Post writes.

ENVIRONMENTAL BILLS: The state legislature will review several environmental bills this session, covering topics from greenhouse gases to the death of bees, reports Christina Jedra for the Annapolis Capital. Lawmakers and advocates met at the Maryland Environmental Legislative Summit on Wednesday to discuss some of the legislation.

RURAL VS. URBAN: Democratic leaders in some of Maryland’s largest jurisdictions say Gov. Larry Hogan is squeezing them in the budget and using their money to favor Republican areas. During Martin O’Malley’s eight years as governor, rural areas loudly proclaimed there was a war on rural Maryland. But times have changed, writes Bryan Sears for the Daily Record.

BALTIMORE TEAR-DOWN: Baltimore City’s Board of Estimates will likely take the next step Wednesday toward the state funding Gov. Larry Hogan’s blight-elimination program, reports Rick Seltzer for the Baltimore Business Journal. The city spending panel is expected to vote on a memorandum of understanding tied to the $700 million revitalization plan Hogan announced in Baltimore at the start of the year. Hogan is waiting for the board to act before requesting new funding from legislators for the program, he said Friday.

HOGAN OKS PG HOSPITAL FUNDING: Gov. Larry Hogan announced Friday that he has agreed to provide $15 million in operating funds for fiscal 2017 for the Prince George’s County hospital system as part of a long-term partnership with the Baltimore-based University of Maryland Medical System, Arelis Hernandez and Ovetta Wiggins report in the Post.

‘BODY SAFETY’ EDUCATION: H.B. 72, introduced by Del. Eric Luedtke, would have the State Board of Education create standards for a program on personal body safety education in public schools in an attempt to help children who are being sexually abused to get help. The bill also requires the program be taught by a teacher who is trained to provide this type of instruction, writes CNS’s Lexie Schapitl    in the Daily Record.

BOWHUNTING SAFETY ZONE: A proposal by Del. Seth Howard could help some bowhunters in Anne Arundel County who want to draw back their arrows on their own land. Howard’s House Bill 321 would change the law so that the safety zone — the required distance between the hunter and a house or building — would be reduced from 150 yards to 50 yards in the county on condition that the hunters either be elevated, such as on a tree stand, and shooting downward or have a hill or other type of barrier between them and the building, writes Elisha Sauers in the Annapolis Capital.

CURBING TOT TESTING: A bill introduced in the General Assembly on Thursday would limit standardized testing for kindergarten students and prevent any future testing of prekindergarten students, Lauren Loricchio reports for the Carroll County Times. Del. Haven Shoemaker, R-District 5, is primary sponsor of House Bill 657, which has received bipartisan support.

STUDENT HOUSING FOR MORGAN STATE: Carrie Wells of the Sun reports that a long-awaited, $50 million redevelopment of a dilapidated shopping center in Northeast Baltimore City could be scaled back significantly after opposition emerged to planned Morgan State University student housing on the site. Some nearby residents oppose the proposed scale of the student housing, others worry the developer could walk away from the project entirely. And state Sen. Joan Carter Conway, who represents the area, vowed the student housing would not be built and filed a bill late last week to block Morgan State’s Board of Regents from signing any agreement with the private developer for student housing.

ARUNDEL SCHOOL BOARD CONTROVERSY: When Anne Arundel County delegates discussed a proposal to change a position involved in recommending local school board members, it was clear many wanted to see more diversity among the nominators. But diversity meant different things to different delegates. And it created heated debate during a recent meeting, writes Elisha Sauers in the Annapolis Capital.

HELPING TEMPLE HILLS: Arelis Hernández and Jonathan O’Connell of the Post write about Temple Hills, an active town in Prince George’s County whose communities along the Green Line are tired-looking. It’s been trying to attract a federal facility along the metroline to revitalize the area.

ON GOP DEBATE: Len Lazarick and Richard Vatz dissect the latest Republican skirmish in New Hampshire for MarylandReporter.com. Lazarick finds the large field and unequal time in these debates to have worn thin, while Vatz sees the positive side to each presidential candidate.

O’MALLEY OUT IN MD: Martin O’Malley formally withdrew his name from the Maryland presidential ballot on Friday, avoiding the possibility of an embarrassing home state result in the April primary, writes John Fritze for the Sun,